No. 2 Beach Set to Begin Season in Hawaii 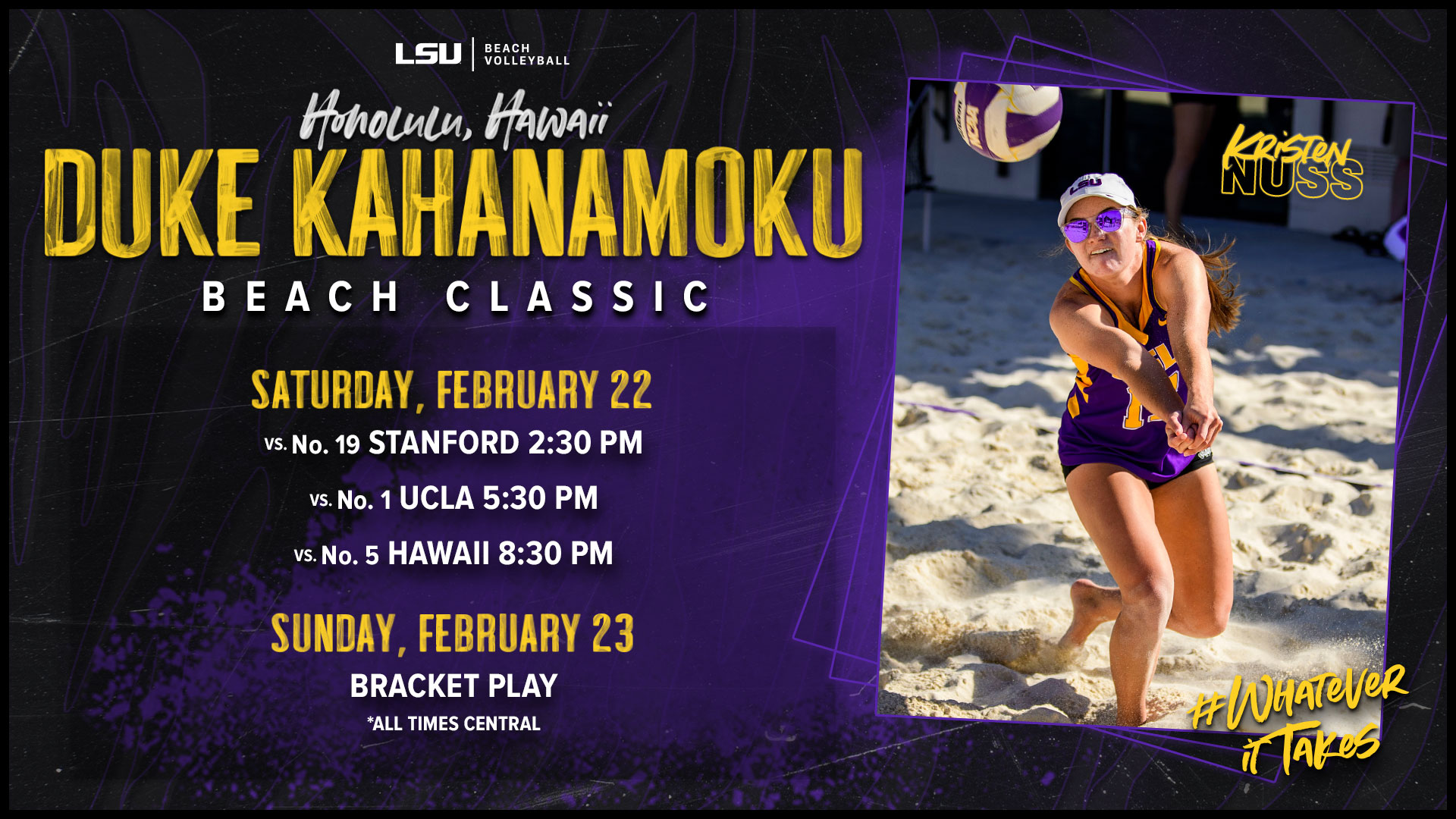 HONOLULU – The No. 2/3 LSU Beach Volleyball team is set to begin its 2020 season against three top-20 teams on Queens Beach this weekend at the Duke Kahanamoku Beach Classic.

“As we’ve gotten closer and closer to the season it’s been harder and harder to beat up on ourselves,” said head coach Russell Brock. “I think everybody is ready to fully commit to playing a different team on the other side of the net.”

LSU, UCLA, Hawaii and Stanford will then be seeded for bracket play on Sunday. The first semi-final matches will take place at 2:30 p.m. and 4 p.m. A consolation match will be held at 5:30 p.m. before the 7 p.m. Championship Match.

“Obviously having the number one team in the country and two other teams that are very talented, on the road for the first time, in Hawaii – there’s a lot of things that make this trip maybe as taxing as it could be,” said Brock.

Fans can follow @LSUBeachvb on twitter for live score updates throughout the weekend. The matches this weekend will not be streamed.

This is the first time that LSU’s beach volleyball team has made the trip over the Pacific Ocean to Hawaii.

“We’ve been waiting until we’ve felt like we were ready and this group is ready,” said Brock “They’ll be ready to handle that. We’ve been talking about it for the last few weeks.

“This is a group that is going to embrace every challenge and this is just a new one that will put us in position to be better than we were before.”

LSU will host the Tiger Beach Challenge next weekend, February 29 – March 1, where it will have five matches, including a Saturday evening bout against UCLA.