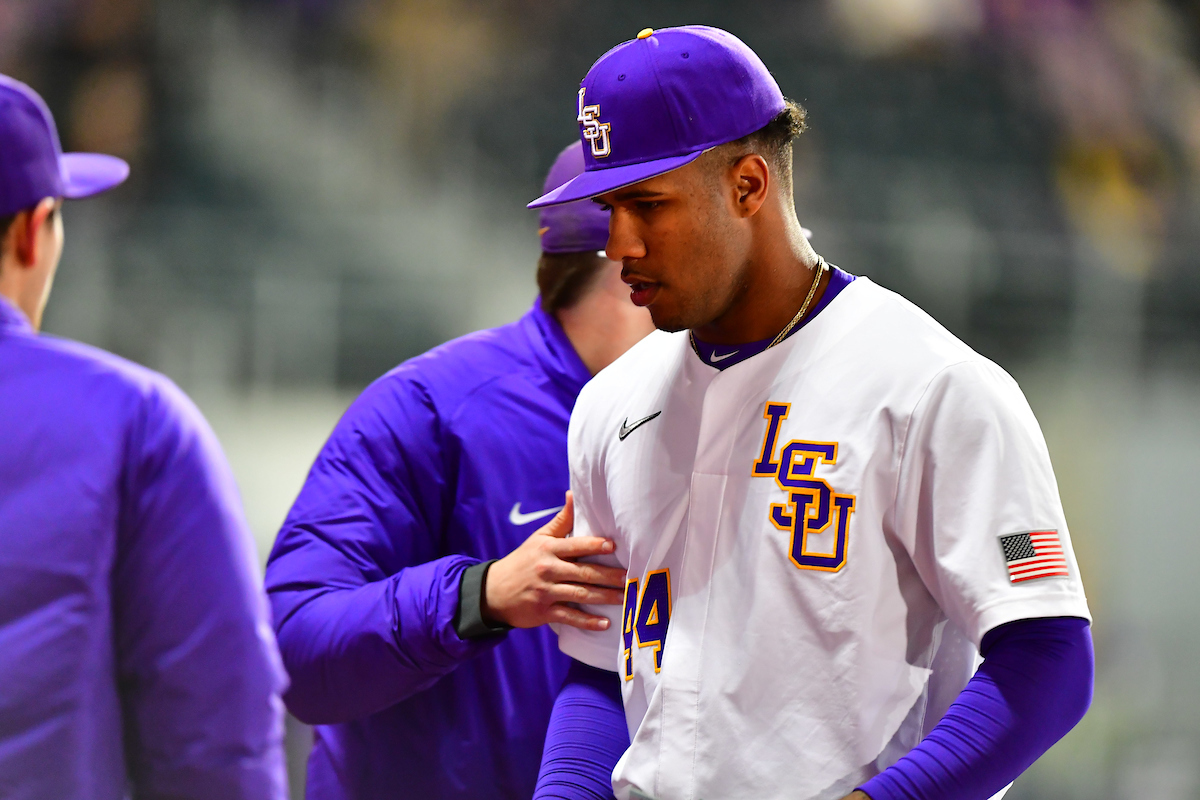 The Tigers return to action Saturday afternoon for Game 2 of the series versus EKU. First pitch is set for 3 p.m. CT, and the game will be available on SEC Network+. Fans can also listen to the game on 100.7 FM in Baton Rouge or online at www.LSUsports.net/live.

EKU right-hander Louis Davenport (1-0) earned the win Friday night with 2.1 innings of work. He picked up four strikeouts and didn’t allow any hits in the outing.

Jacob Abbott picked up his second save as he struck out second baseman Cade Doughty to end the game with two runners on. Left-hander Brennan Kelly got the start for EKU and fired 4.1 innings, allowing one hit and three walks to go with three strikeouts.

“Eastern Kentucky used a very unorthodox style of pitching,” said LSU coach Paul Mainieri. “Many of their pitches weren’t even 70 mph tonight. With the wind blowing in and as cold as it was, it was just very difficult to muster any offense. We gave up, unfortunately, seven walks and a hit batter, and they found a way to scratch across a couple of runs.”

LSU starter Cole Henry (1-1) was charged with the loss as he tossed five innings, allowing two runs on three hits with three strikeouts.

Jaden Hill and Matthew Beck worked out of the bullpen for the Tigers. Hill pitched 2.2 innings and collected five strikeouts while allowing just one hit. Beck fired 1.1 shutuout innings with one strikeout.

Eastern Kentucky first baseman Charles Ludwick drew a leadoff walk from Henry in the top of the third inning and moved to second on a sacrifice bunt. Ludwick then advanced to third as right fielder Nick Howie reached on a fielding error by third baseman Zack Mathis.

Ludwick was able to score from third on a two-out single off the bat of catcher A.J. Lewis, giving the Colonels a 1-0 lead.

The Colonels added another run in the top of the fifth to take a 2-0 advantage as centerfielder Michael Brewer scored from second on an RBI single through the right side by rightfielder Nick Howie.

Brewer set up the RBI opportunity by reaching on a leadoff single to left and then moving to second on a ground out by third baseman Christian Lucio.