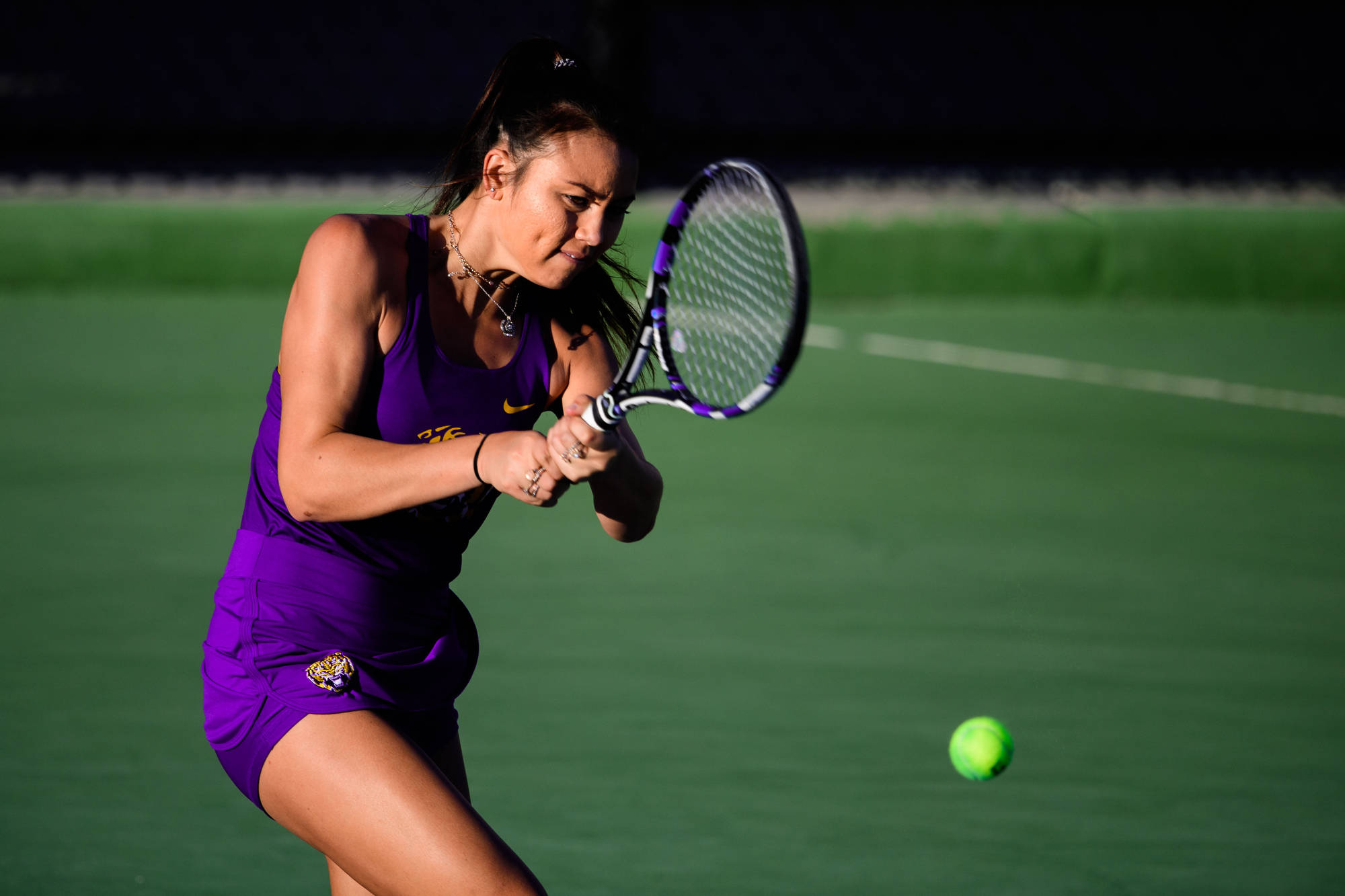 “We are excited to be back on the road against two tough opponents in Houston and Rice,” co-head coach Michael Sell said. “We had a tremendous week of practice and are starting to feel stronger, tougher, and more confident with each match play.”

“We’re also looking forward to playing alongside the men’s team on Sunday against Rice. We love the extra energy and excitement it creates.”

The Tigers and the Cougars have faced off eighteen times in program history, with the Purple and Gold holding a 16-2 series lead. When LSU hosted Houston last year, the Tigers swept the Cougars 7-0.

LSU and Rice will face off for the eighteenth time, with the Tigers holding a 9-8 lead in the series. When the teams met last year at the LSU Tennis Complex, the Tigers swept the Owls 7-0.

The Tigers are 5-2 overall in the 2020 dual season. Last weekend, the Tigers hosted SMU at the LSU Tennis Complex and emerged victorious by a score of 5-1.

Junior Taylor Bridges moved up six spots in this week’s Oracle/ITA Singles Rankings to No. 33. Bridges is off to a 4-1 start in the dual season, and is 13-4 overall. Freshman Safiya Carrington is the other Tiger in the singles rankings, checking in at No. 75 after a 5-1 start to the dual season.

In the latest Oracle/ITA Team Rankings, LSU is ranked at No. 40.

Notes on the Cougars

Houston is 5-3 in the dual season and has earned all five wins at home. Last week, the Cougars earned three wins from three matches, defeating Southern and Stephen F. Austin 7-0, as well as defeating Brown by a score of 6-1.

In singles, Mimi Kendall-Woseley has played at the No. 1 for Houston this season and has notched up five wins in the process. Phonexat Chitdara leads the Cougars in singles wins with a 6-1 overall record, splitting time at the No. 2 and No. 3.

Notes on the Owls

Rice is 4-4 on the season and has won two of its last three matches. Last week, the Owls split two games on the road, sweeping Wichita State 4-0 before falling to No. 18 Arizona State 4-2.

Anna Bowtell leads the Owls in singles and has a 5-1 record thus far in the dual season. Priya Niezgoda leads the team in overall singles wins with six. In doubles, Niezgoda and partner Anastasia Smirnova are ranked No. 40 after beginning the season with a 4-2 record playing at the No. 1.