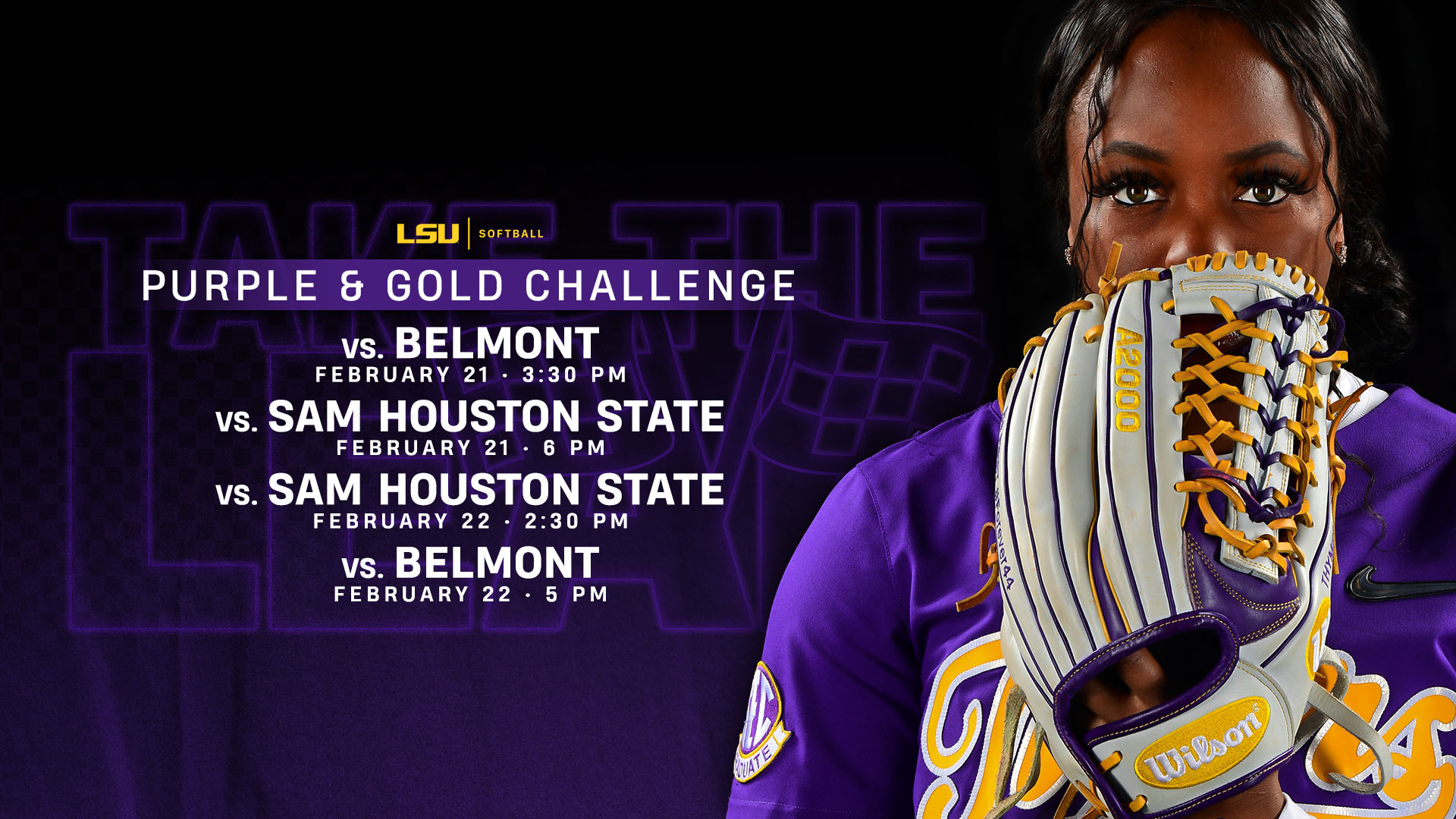 BATON ROUGE – After claiming a 11-0 five-inning victory over LA Tech on Wednesday night, the No. 6 LSU Softball team will host the Purple & Gold Challenge Friday and Saturday in Tiger Park.

Friday and Saturday’s LSU games will stream online through SEC Network+ and WatchESPN with Hall of Famers Lyn Rollins and Yvette Girouard on the call. Live stats for each game will be available at LSUStats.com

For a full schedule on the weekend, click here.

About the Tigers
The Tigers go into the weekend with an overall record of 9-1 after claiming an 11-0 five-inning one-hit shutout of LA Tech on Wednesday night. The Tigers hit four home runs in the game and Maribeth Gorsuch faced two batters over the minimum to get her second on the year.

Taylor Pleasants continues to lead the Tigers and the SEC with a .520 batting average. In the circle, Ali Kilponen and Shelby Wickersham both have 0.00 ERAs. Kilponen is 3-0 with two saves.

The Field
Belmont (1-3)
Belmont’s only win on the year came in its season opener last weekend, getting a 7-2 win over Western Michigan. Since then, the Bruins have lost three straight. Cheyenne Cavanaugh leads the Bruins with  a .533 batting average. She has eight hits in 15 at-bats with two doubles and an RBI. Brittany Kennett owns a 2.93 ERA in the circle. She is 1-1 and has 24 strikeouts in 14.1 innings of work.

Sam Houston State (4-7)
The Bearkats are currently on a four-game losing streak. They recently fell to Houston on Wednesday, 11-3. They have wins over George Mason on three separate occasions and Providence. Megan McDonald leads the team with a .462 mark. She has 18 hits in 39 at-bats with two doubles and nine RBI. In the circle, Darby Fitzpatrick leads with a 4.20 earned run average and a 1-1 record. Regan Dunn has the most innings on the team at 25 and has struck out 26 batters. She owns a 4.48 ERA and is 2-2 on the year.

What’s On Deck
The Tigers will make their first big road trip of the year, traveling to Fullerton, California for the Judi Garman Classic. The Tigers will face top opponents in Loyola Marymount, Texas Tech, California, Washington and Colorado State.