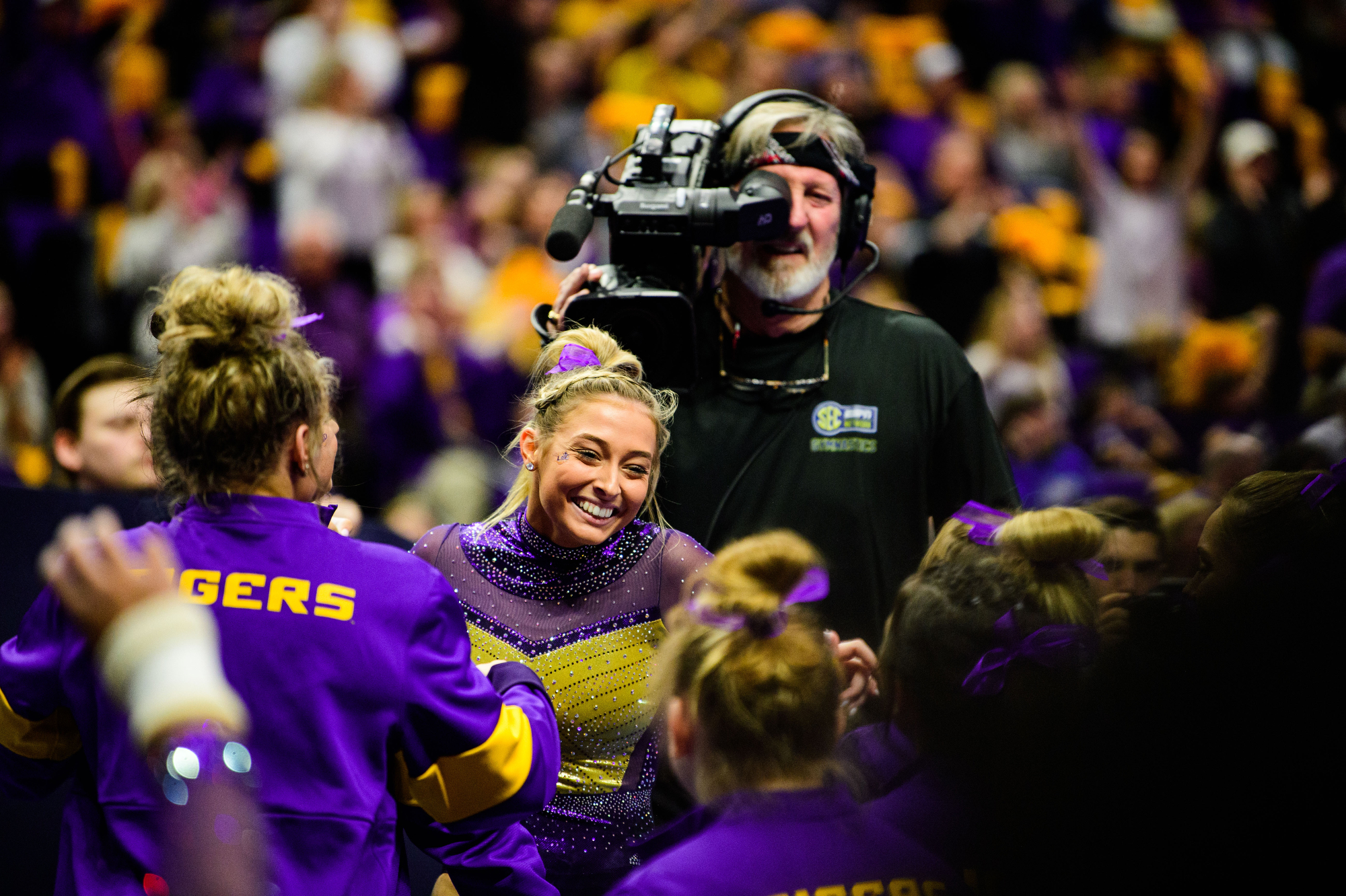 COLUMBIA, Mo. – The sixth-ranked LSU gymnastics team (9-2, 3-2 SEC) returns to the road for its third meet in eight days against No. 18 Missouri at 8 p.m. CT Friday inside the Hearnes Center.

The meet will be televised live on the SEC Network. Sam Gore and Lauren Sisler will have the call for the Network. The meet against Missouri marks the third-straight week the Tigers will compete on the road. It’s also the ninth top-25 opponent the squad has faced in 2020.

D-D Breaux Previews the Meet
“I am really happy with the way they responded last week with two meets,” D-D Breaux said. “They were tired on Sunday but put together two fabulous meets. It is going to be very important for us to go to Missouri and stay in our purple zone.”

Last Time Out
LSU scored a season-high 197.875 at the GymQuarters Invitational to finish first and picked up a win over No. 12 Kentucky with a score of 197.500. LSU gymnasts won multiple event titles and set season and career highs. Senior Ruby Harrold won a pair of bars titles and earned a 9.975 on vault. Junior Christina Desiderio also made her debut over the weekend on floor and earned a 9.875 in both meets.

At the GymQuarters Invitational, Johnson earned a career high 39.75 in the all-around for the fifth highest score in the country in 2020. Johnson also won titles on beam and floor in St. Charles. With a quick turnaround, Johnson picked up where she left off and won the all-around and vault title and also finished second on two events.

She was named the SEC Gymnast of the Week after the third meet of the season and the SEC Freshman of the Week for the last four weeks.