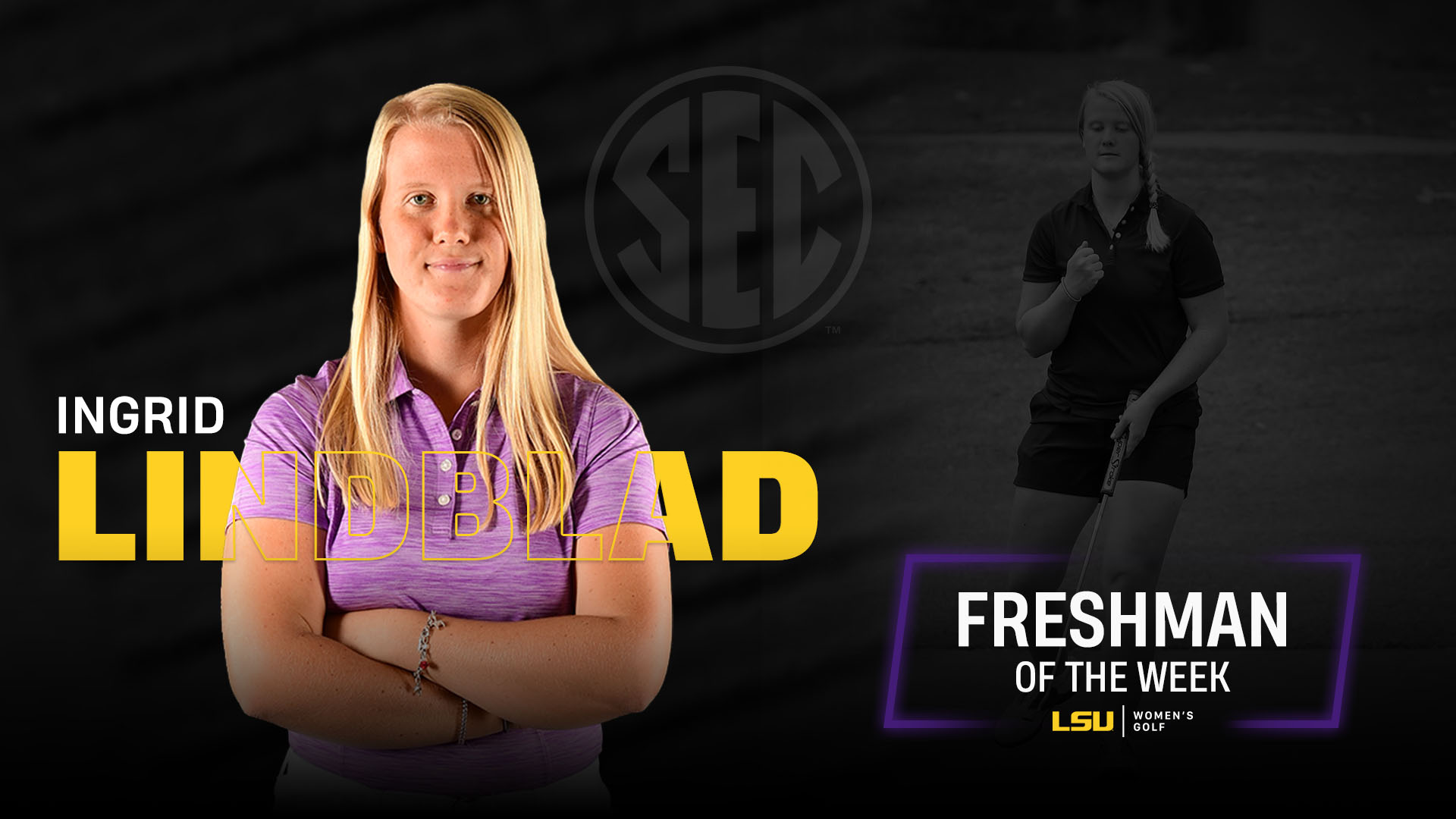 BATON ROUGE – LSU women’s golfer Ingrid Lindblad has been named the SEC Women’s Freshman Golfer of the Week for play ending on February 18.

Lindblad finished in second place at the IJGA Collegiate Invitational in Guadalajara, Mexico with a 9-under 207, one stroke off the lead. It was her fourth Top-5 finish of the season. She went 66-70-71 over the 54 holes.

In first round action, the rookie from Sweden shot a 6-under 66, becoming the first Tiger to shoot 6-under par or lower since Caroline Nistrup shot a 6-under 66 in the first round of The Alamo Invitational on October 26, 2014. The single round ranks fourth on the LSU all-time list, tying Nistrup, Megan McChrystal (2010), and twice by Austin Ernst (2011).

Lindblad currently leads the SEC with a 69.53 scoring average.

LSU returns to action on February 29-March 1 for the Florida State Match-Up in Panama City, Florida.