Barbaree and Barber Tie for 21st at The Prestige 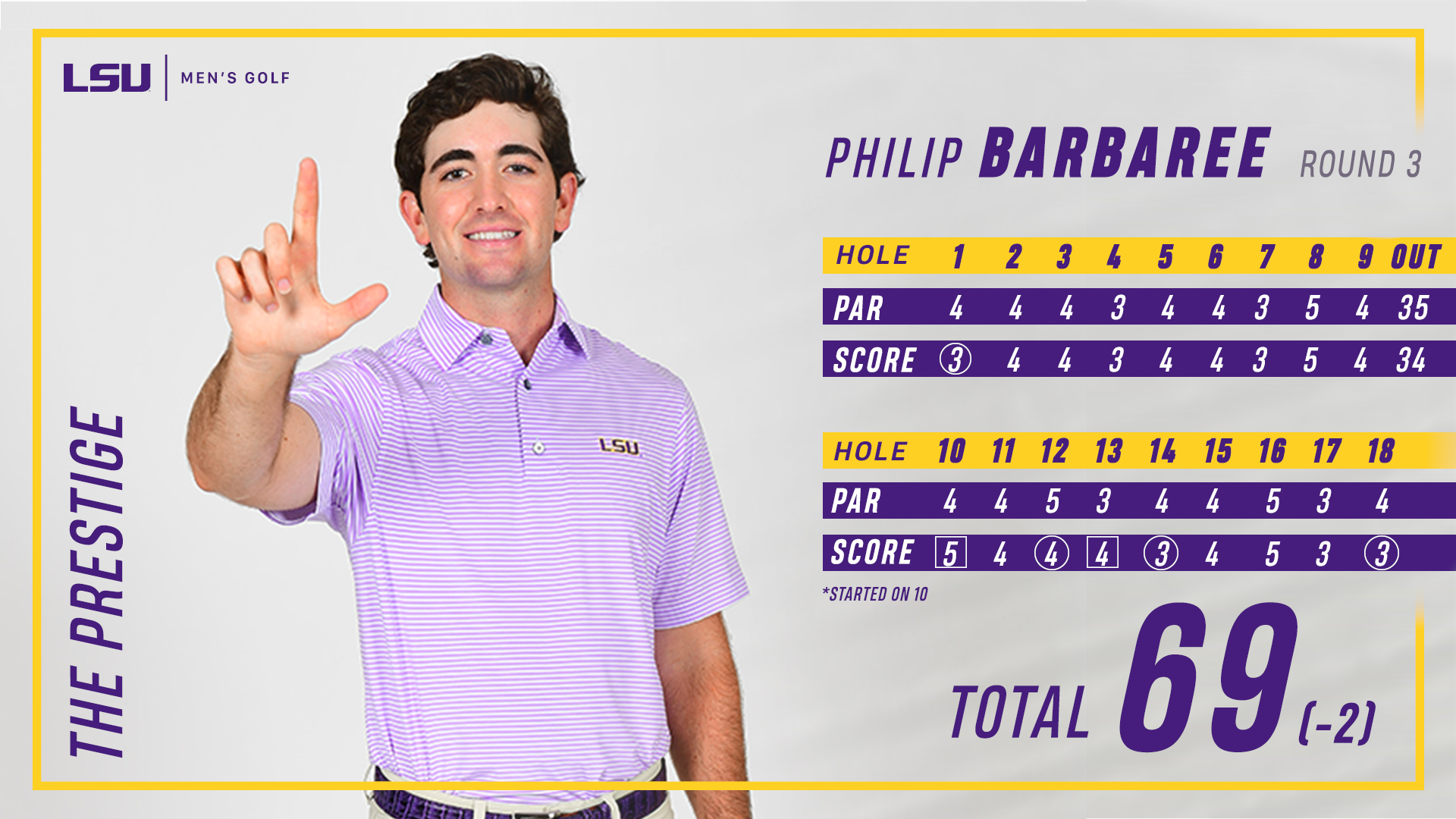 La Quinta, California – The 25th ranked LSU men’s golf team concluded The Prestige with a cumulative score of 8-over par 860 (289-284-287) to finish in a tie for 11th at PGA West (Greg Norman Course) on Wednesday afternoon.

Philip Barbaree and Garrett Barber were LSU’s top finisher at the event as they shot-three round totals of 1-under 212 to tie for 21st place. Barbaree’s final round was his best of the tournament, a 2-under 69 that included four birdies, 12 pars, and two bogeys. He started out 1-over after four holes of play, but over the final 14 holes he dropped three birdies and 11 pars; he closed out the round with eight straight pars as LSU started on the back nine. Barber’s final round saw him card a 1-under 70, also his best round of the tourney. He tallied three birdies, 13 pars, and two bogeys for the 70.

LSU will return to action on March 1 at the Cabo Collegiate in Cabo San Lucas, Mexico at the Cabo Del Sol Ocean Course.