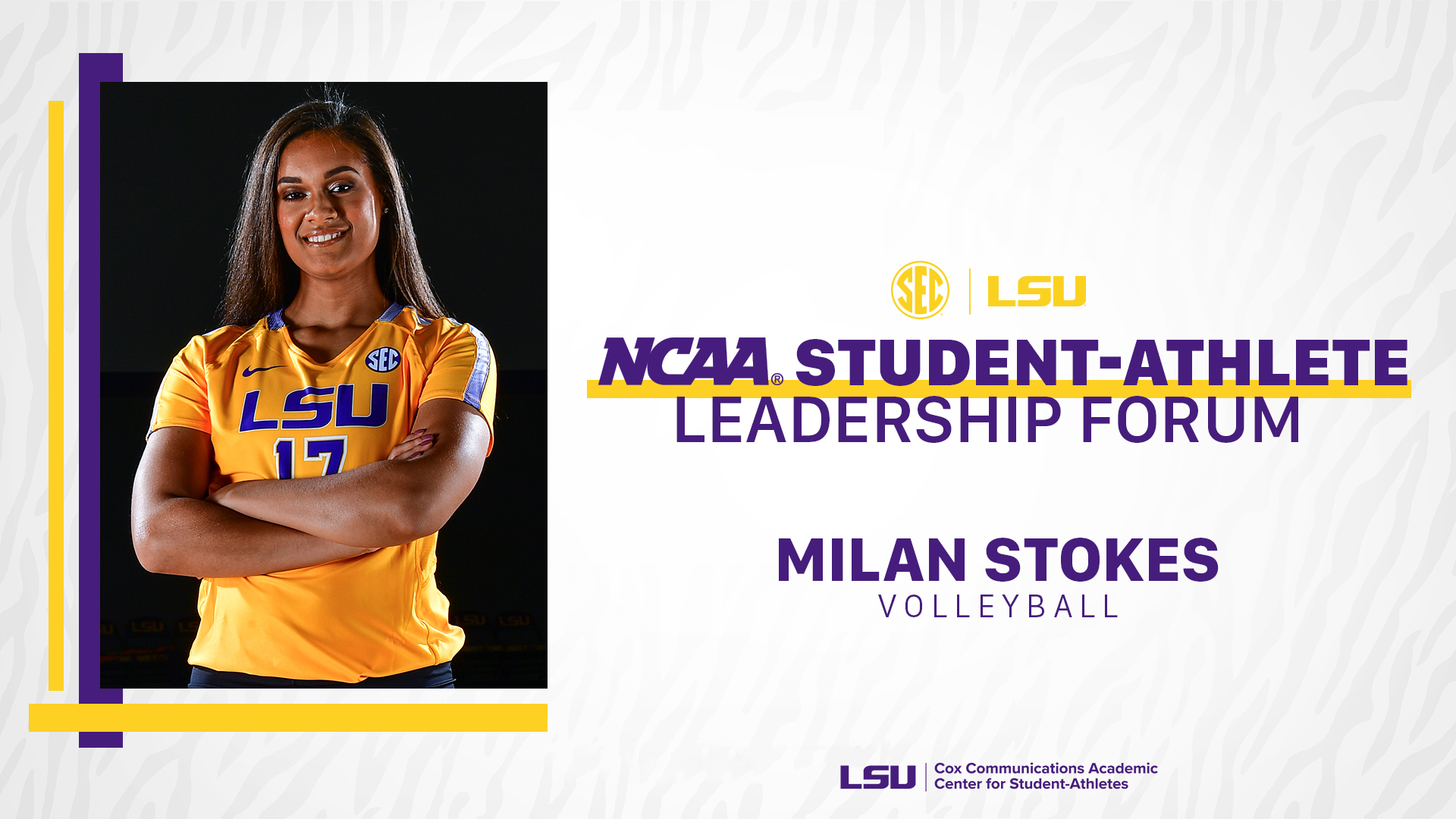 BATON ROUGE – Senior Milan Stokes will represent LSU and the SEC at the NCAA Student-Athlete Leadership Forum April 16-19 in Los Angeles, Calif. Along with Stokes, will be Kentucky’s Glen Brown (men’s swimming & diving), who will also be an SEC representative.

“When I received the news that I’d been chosen, it was such an unexpected yet awesome surprise,” said Stokes. “I’m really looking forward to this opportunity and having a chance to grow as a leader, and I’m also incredibly grateful to the SEC for allowing me to represent!”

The NCAA Student-Athlete Leadership Forum was created in 1997 and has hosted approximately 5,000 student-athletes since its inception. Student-athletes who attend the forum are taught leadership skills and given the chance to explore the relationship between personal values, core beliefs and behavioral styles. The forum also aims to give attendees a thorough understanding of the NCAA as a whole, the different divisional perspectives and the valuable role of Student-Athlete Advisory Committees.

Stokes finished up her four-year career with the LSU volleyball team in December. She was a four-time SEC Academic Honor Roll selection and received the Jesse Owens award for the 2017-2018 Academic year, which recognizes the minority student athlete with the highest GPA. Stokes previously participated in the June 2019 SEC Student Athlete Council.  Additionally, she was selected as one of the two LSU representatives to attend the SEC Career Tour in December in Atlanta.

Brown serves as president of Kentucky’s Student-Athlete Advisory Committee and been involved in helping Kentucky Athletics make maximum impact with Special Olympics Kentucky by creating year-around sports training and athletic competitions for both the children and adults with intellectual disabilities. He was recently inducted into the Frank G. Ham Society of Character, which honors Kentucky student-athletes who have shown an extraordinary commitment to academic excellence, athletic participation, personal development, career preparation and serving as a role model. An accounting major and native of Kokomo, Ind., Brown has volunteered for a number of organizations, including The Humane Society, God’s Pantry and Salvation Army.

Brown and Stokes were selected as exceptional student-athletes who have shown outstanding leadership among their peers, institutions and communities.