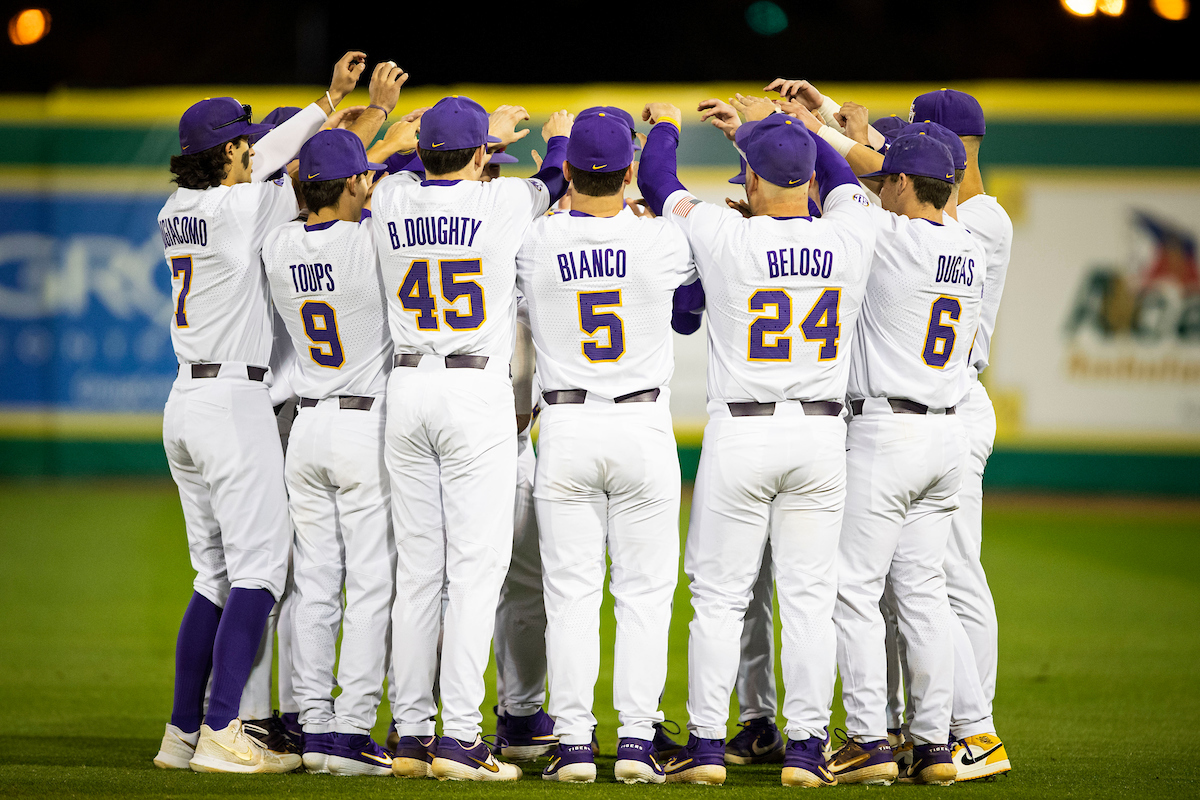 THIBODAUX, La. – Nicholls scored a run in the bottom of the first inning Wednesday night at Ray E. Didier Field and never relinquished the lead as the Colonels defeated LSU in the midweek matchup, 4-2.

LSU dropped to 3-2 on the season, while Nicholls improved to 1-3.

The Tigers are back in action Friday night at Alex Box Stadium as they host Eastern Kentucky for a three-game weekend series. The first pitch for Friday’s game is set for 7 p.m. CT. The game will be available through the SEC Network+. Fans can also listen on 98.1 FM in Baton Rouge or on LSUsports.net/live.

“It obviously was not a very good performance for us,” said LSU coach Paul Mainieri. “Their left-hander did a very nice job, he was very crafty and kept us off balance. We didn’t make the adjustments necessary to be effective against him.

Nicholls starter Tyler Theriot (1-1) earned the win in 5.1 innings of work. The lefty had seven strikeouts and allowed just two hits. Nicholls reliever Joe Taylor picked up the save as he pitched the ninth inning and recorded a strikeout.

Nicholls grabbed a 1-0 lead in the bottom of the first inning. Centerfielder Xane Washington hit a leadoff single down the right field line and then stole second. Washington then moved to third as designated hitter Brayden Jobert lined out to centerfielder Maurice Hampton Jr.

Washington scored on a sac fly to center by left fielder Mason Turner to give Nicholls the 1-0 advantage.

The Colonels added another run in the bottom of the fifth to take a 2-0 lead as Washington scored from third on an RBI single to right by Jobert. Washington set up the play by drawing a one-out walk and then advancing to third on a single from right fielder Dane Simon.

LSU shortstop Zack Mathis drew a leadoff walk to start the top of the sixth inning. First baseman Cade Beloso then reached first on an error by the first baseman Adam Tarver. The error moved Mathis to second, and then moved toward third on a wild pitch and scored on an error by catcher Erick Hernandez to cut into the Nicholls lead, 2-1.

Jobert launched a solo shot over the right field wall in the seventh inning to give the Colonels a 4-1 advantage.

The Tigers added one more run in the top of the ninth on a sac fly from right fielder Daniel Cabrera that scored Hampton Jr. from third.

LSU starting pitcher Eric Walker (0-1) was charged with the loss, as he worked 2.2 innings, allowing a hit and three walks with two strikeouts.