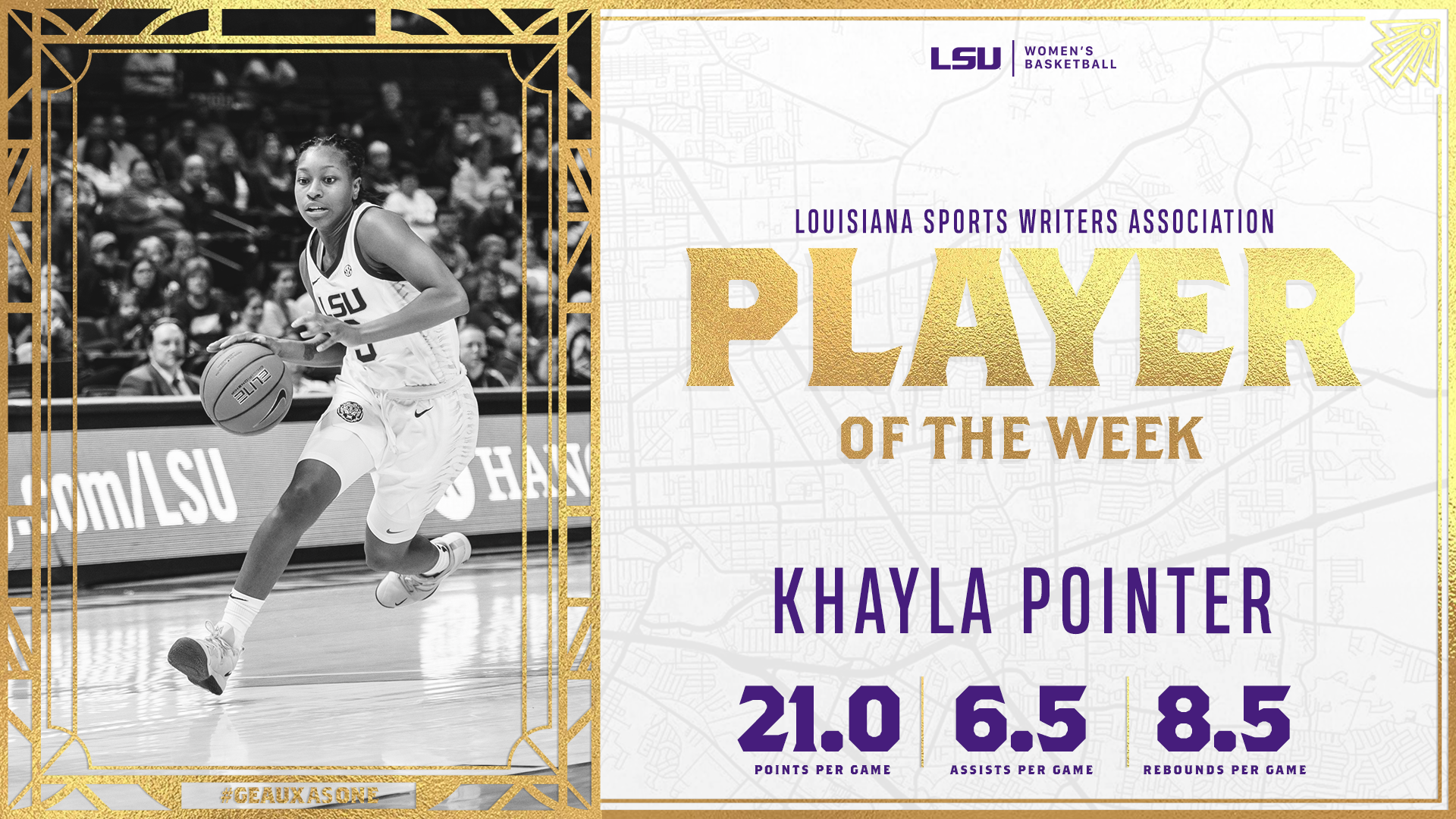 BATON ROUGE – LSU junior Khayla Pointer has been named Louisiana Sportswriters Association Women’s Basketball Player of the Week for her performances last week against No. 25 Tennessee and Auburn. It is the second time this season that the Marietta, Georgia native has earned the award.

In a 75-65 home victory against Tennessee on February 13, Pointer was the top scorer and led the team with 24 points, her sixth game of the season with 20 or more points scored. Pointer shot 41 percent from the field. She also grabbed 10 rebounds and had three steals to go along with six assists.

LSU came up short in its comeback bid at Auburn on Sunday, losing 65-60. Pointer had 18 points, including a 9-of-11 performance from the free throw line. She also finished the game with seven rebounds, seven assists and two steals

LSU returns to action on Thursday, February 20 against South Carolina at 6 p.m. CT. Thursday’s game will be broadcast on the SEC Network Plus.