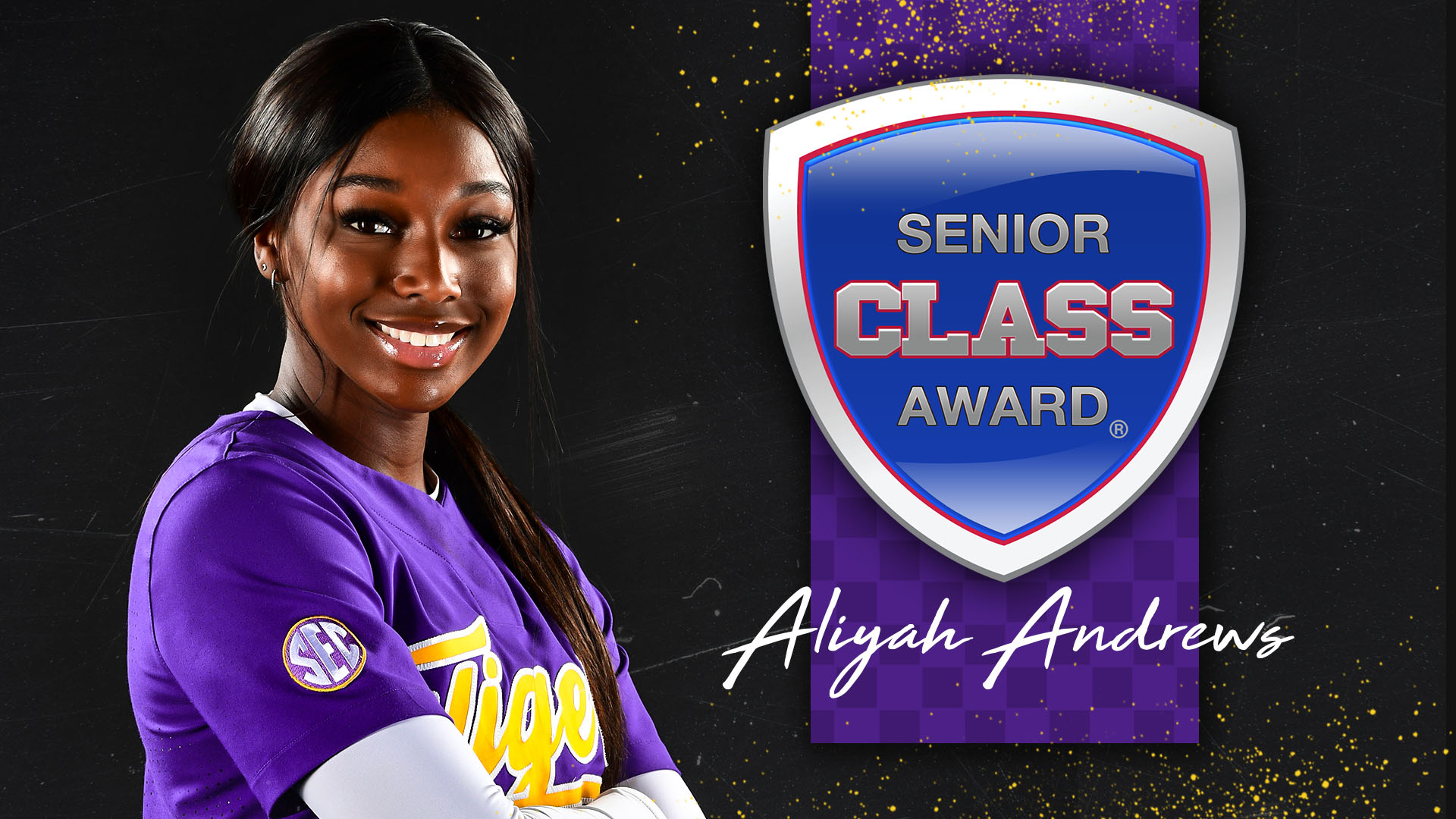 BATON ROUGE – LSU senior Aliyah Andrews was named as a Top 30 candidate for the 2020 Senior CLASS Award® in collegiate softball. The Senior CLASS (Celebrating Loyalty and Achievement for Staying in School) Award focuses on the total student-athlete and encourages students to use their platform in athletics to make a positive impact as leaders in their communities.

Andrews, who is arguably the fastest college softball player in the country, has been a mainstay for the Tigers in the outfield. She is hitting .336 in her career and owns 103 stolen bases in her career which is third on the all-time list in program history. She was named to the USA Softball Collegiate Player of the Year Top 50 Watch List in January.

Last season, Andrews broke the single-season stolen base record, stealing a total of 47 bases in 62 games. She has played in 196 games total in her career which ranks fourth among active Division I players.

Andrews has been involved within the Baton Rouge community, at the local children’s museum. She also enjoys playing Bingo at a local senior residence. She volunteers at youth softball practices an clinics and has enjoyed the annual trick-or-treat festivities within the athletic department.

To be eligible for the award, a student-athlete must be classified as an NCAA Division I senior and have notable achievements in four areas of excellence: community, classroom, character and competition.

The class of 30 candidates will be narrowed to a field of 10 finalists later in the season. Final ballots will be distributed through a nationwide voting system to media, coaches and fans who will select the one candidate who best exemplifies the four Cs of community, classroom, character and competition.

The Senior CLASS Award winner will be announced during the 2020 Women’s College World Series . For more information on the candidates, visit seniorCLASSaward.com.