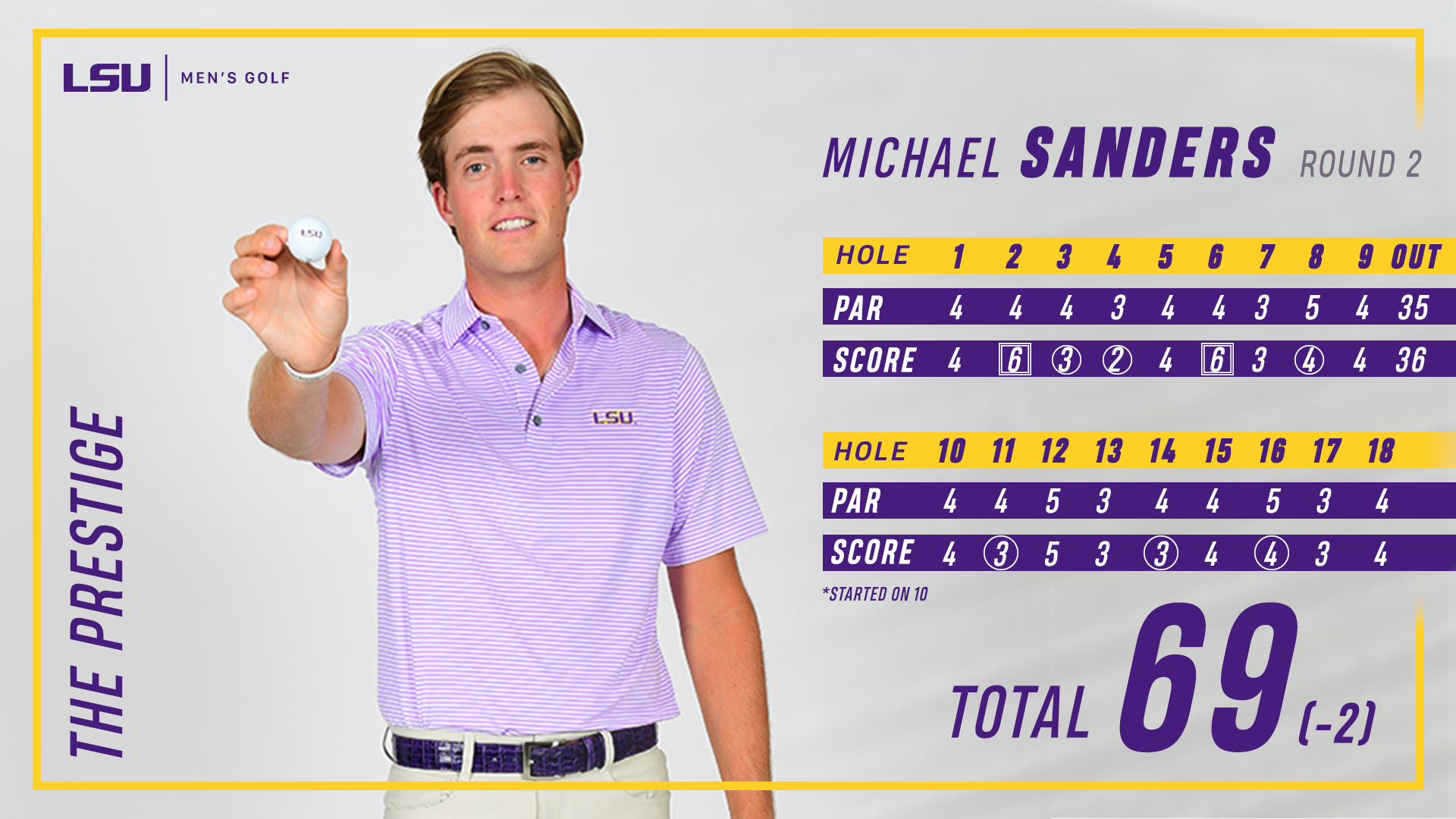 La Quinta, California – Sophomore Michael Sanders of the 25th-ranked LSU men’s golf team carded a 2-under 69 on Tuesday at PGA West (Greg Norman Course) to lead the Tigers’ efforts on day two of The Prestige presented by Charles Schwab. LSU is in 10th place after 36 holes with a two-round total of 5-over 573 (289-284).

Sanders, who began play off the No. 10 tee as the whole LSU team did, came out locked in with three birdies in his first seven holes to move to 3-under for the round. He stayed at 3-under until hole No. 2, his 11th of the day, when he doubled the par 4 second hole. He erased that double with back-to-back birds on holes Nos. 3&4 to get back to 3-under for the round. He registered another double bogey on the par 4 sixth before birdieing the par 5 eighth to bring his round back to 2-under. He closed out the round with a par on No. 9. It’s the fourth time Sanders has registered six birdies in his collegiate career. The last time he had six birdies in a round was at the 2019 David Toms Intercollegiate. Sanders is tied for 28th place at 1-over 143 (74-69).

Garrett Barber and Chris Woollam both turned in even par 71s, but went different routes to obtain those 71s. Woollam carded a career high 16 pars to go along with a birdie and a bogey for his 71. Through two rounds of the tournament, his 27 pars rank tied fourth most in the field. Barber started off exactly like Sanders as he turned in a 3-under 36 on his opening nine holes; pair that with a birdie on No. 1 and Barber moved to 4-under for the round. A triple bogey on the par 4 fifth hole followed by a bogey on the par 4 sixth hole brought his round back to even. He parred the final three holes to finish even. Barber is currently tied for 24th at an even par 142 (71-71), and Woollam is tied for 46th at 3-over 145 (74-71).