Men's Golf Wraps Up Day One of The Prestige 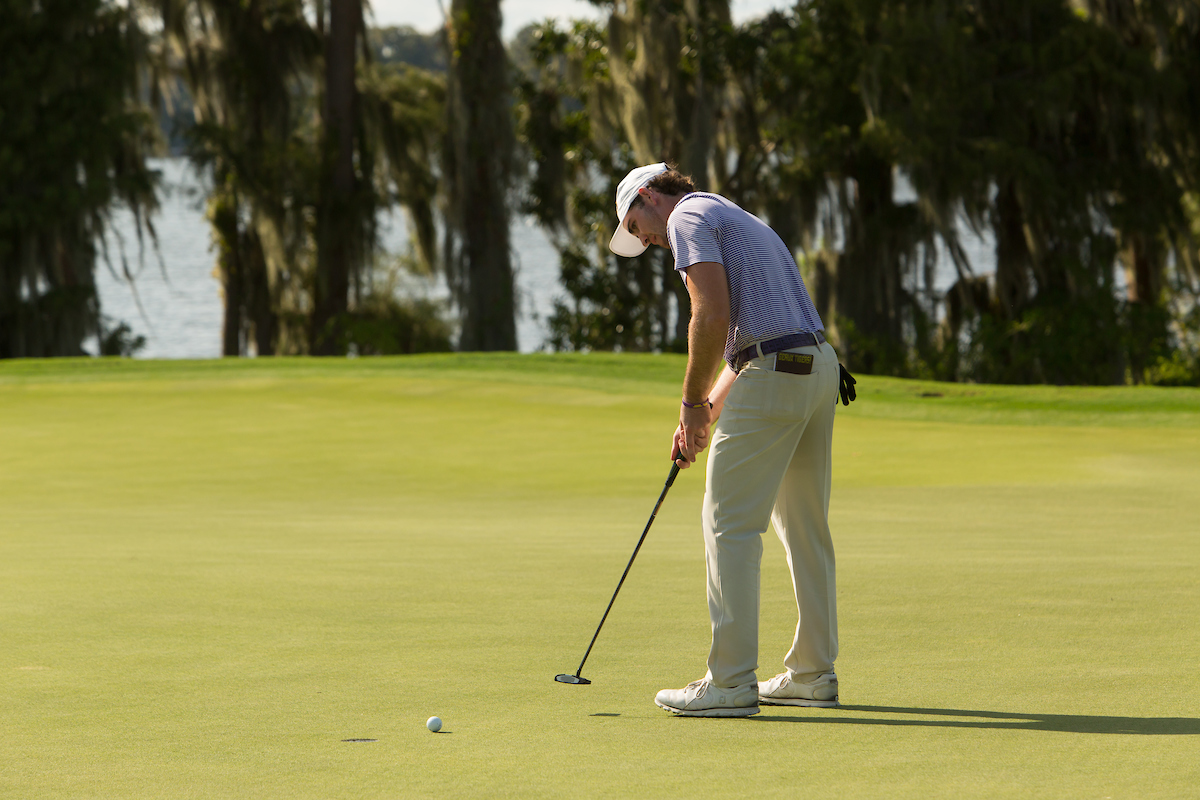 La Quinta, California – The No. 25 LSU men’s golf team carded a 5-over 289 on Monday to begin play at The Prestige Presented by Charles Schwab at PGA West (Greg Norman Course). The Tigers are in ninth place after the first round.

Philip Barbaree had the low round of the day for LSU with a 1-under 70. Barbaree made the turn at 2-under after he went out with a 34 that included two birdies and seven pars. His final nine holes of the day saw him collect eight pars and a bogey for 70 strokes. Barbaree is tied for 17th after 18 holes.

Garrett Barber started off the day with three birdies in his first seven holes, pair those with a bogey and three pars, and he was at 2-under for the round, but a triple on No. 18 brought him back to 1-over. Barber closed with three birdies, four pars, and two bogeys on his second nine of the day to finish at even par. Barber finished the first round tied for 23rd.

Michael Sanders and Chris Woollam both turned in 3-over 74s; they are tied for 44th place. Trey Winstead finished at 9-over 80 and is in a tie for 74th place. Hayden White, who is playing as an individual at the Coral Mountain Golf Club in California, shot a 1-over 73 on the par 72 course; he is tied for 16th place out of 33 players.

Pepperdine is the clubhouse leader with a team score of 9-under 275. Individually, Joey Vrzich from Pepperdine had the low round of the day with a 5-under 66.

The Tigers will tee off at 9:30 a.m. CT on Tuesday morning alongside Northwestern, Stanford and Oregon State. Wednesday’s third and final round will be streamed on Golfweek.com. Fans can follow live updates at Golfstat.com and on Twitter at LSUMensGolf.