Lindblad In Lead At IJGA Invitational 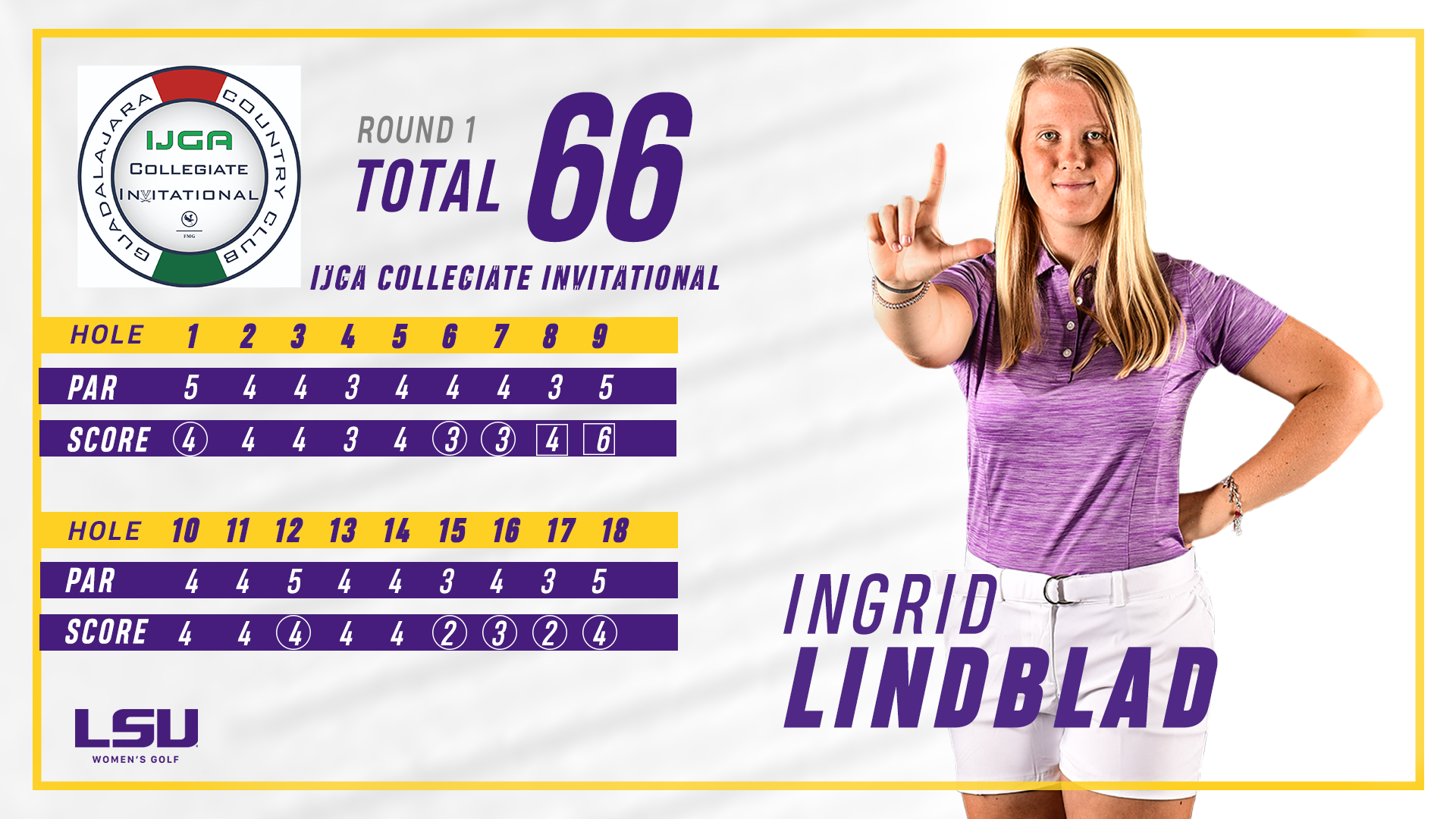 GUADALAJARA, Mexico – LSU rookie Ingrid Lindblad shot four birdies in a row to close out the first round and move into first place at the IJGA Collegiate Invitational on Sunday afternoon. Lindblad shot 5-under on the back nine at the Guadalajara Country Club to finish the initial round at 6-under 66, the lowest round shot by a Tiger this season.

The No. 18 LSU women’s golf team is currently in fourth place after the first round. The Tigers are only three strokes out of first place after shooting even 288 on the day. No. 25 Baylor is in the lead at 3-under.

“I’m pleased with the start we had in our first tournament round of 2020,” said second-year head coach Garrett Runion. “The ladies were excited and ready to play, but naturally after a little break had a few tournament jitters. It showed for some of the players early on, but they righted the ship and got comfortable.

“We had the offense going, making 21 birdies, the most in the field by four. We just need to clean up a few things around the greens and we’ll be alright.”

Lindblad is the first Tiger to shoot 6-under or lower since Caroline Nistrup shot a 6-under 66 in the first round of The Alamo Invitational on October 26, 2014. The round ranks fourth on the LSU all-time list, tying with Nistrup, Megan McChrystal (October 2010), and twice with Austin Ernst’s two rounds in the 2011 NCAA Championship tournament.

Junior Kendall Griffin shot even 72 and is sitting in a tie for 18th place, while freshman Latanna Stone shot 2-over 74 and is tied for 31st place. Junior Kiana Oshiro rounded out the team scoring with a 4-over 76.

“Kendall played steady all day long and posted a good score of even par,” said Runion. “Ingrid and her finish was obviously special and kept us near the top of the leaderboard. With a field this strong and deep, it gets bunched up and one shot can move you 4-5 spots in either direction on the leaderboard. So we want to avoid giving away any easy shots. The goal of the tournament is to get better each day and that is what we will try to do tomorrow.”

LSU will be paired up with Arizona State and South Carolina for the second round on Monday. Tee times are set for 9-9:40 a.m. CT from Hole No. 1. The first nine holes of Round 3 will follow immediately at the conclusion of Round 2, with the last nine holes teeing off on Tuesday morning. Live scoring is available at Golfstat.com.