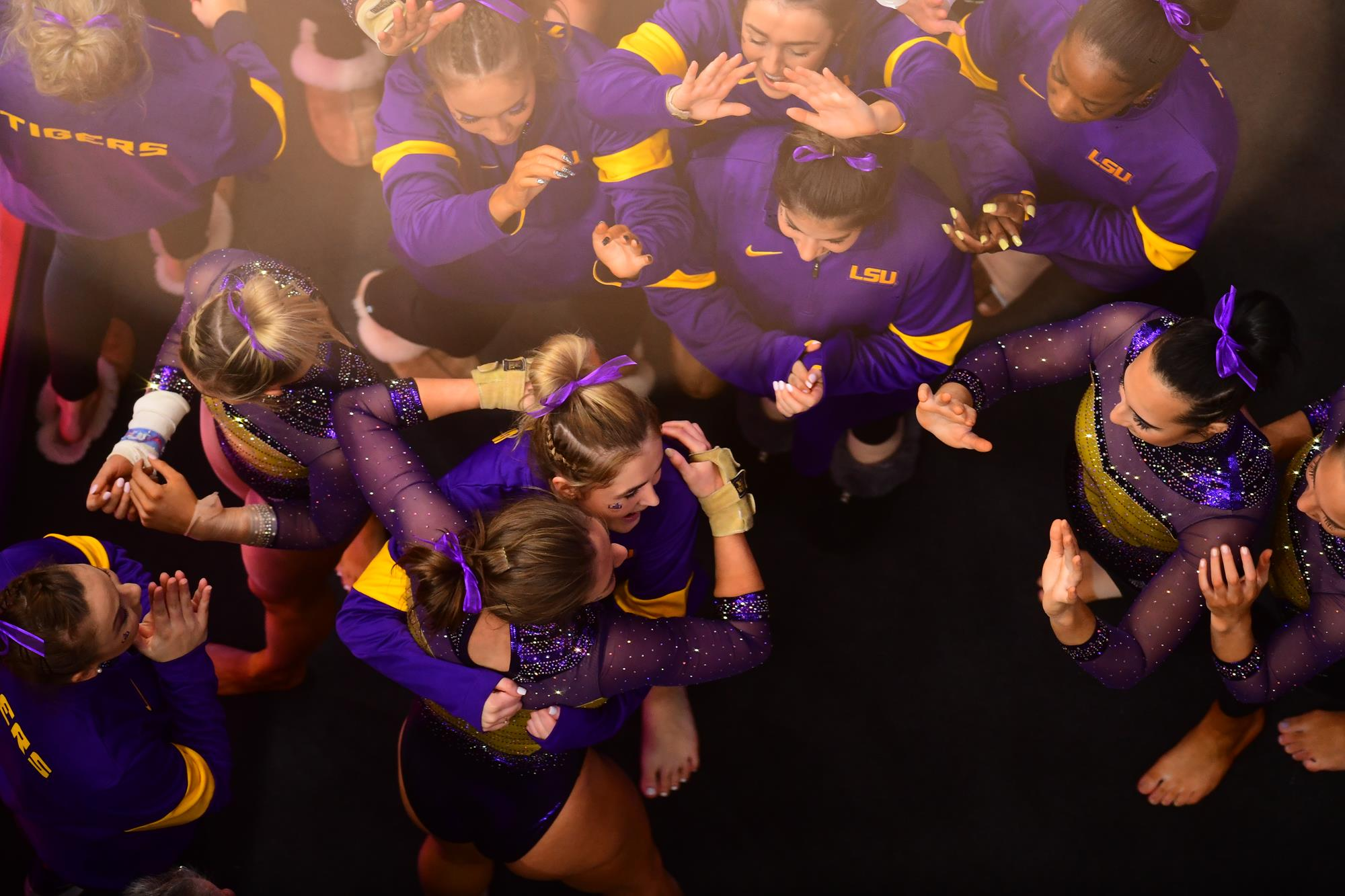 BATON ROUGE – The ninth-ranked LSU gymnastics team completed a weekend sweep of competition with a 197.500-196.625 victory over No. 12 Kentucky, Sunday afternoon inside the Maravich Center.

The Tigers improved to 9-2 and 3-2 against league teams with the victory.

Freshman Kiya Johnson pushed her season titles total to 20 with victories in the all-around with a score of 39.650 and on floor with a 9.975. Johnson has now won the all-around in six of eight meets this season.

LSU senior Ruby Harrold and junior Sami Durante also took titles. Harrold scores a 9.975 on vault for a career high. Harrold and Durante took the bars title with a 9.925.

The Tigers’ vault lineup scored a 49.400 to open the afternoon. Freshmen Kai Rivers and Maddie Rau opened with scores of 9.85 and 9.75 respectively. Harrold claimed the title with a 9.975 in the third spot. Johnson and senior Kennedi Edney rounded out the opening rotation with a 9.925 and 9.875 respectively.

Durante and Harrold highlighted the Tigers’ bars score of 49.425 with scores of 9.925 in the fourth and sixth spot. Johnson and Bridget Dean earned a 9.875 and Rivers also scored a 9.825.

Johnson punctuated the afternoon with a 9.975 to match her career high and earn the victory on floor. Harrold and Desiderio opened with a 9.875 and Dean scored a 9.800. Reagan Campbell matched her career high with a 9.90 on the event.

Next Up
The Tigers hit the road as they take on Missouri next Friday at the Hearnes Center.  The two Tiger teams will face off at 8 p.m. CT. The meet will be televised live on the SEC Network.