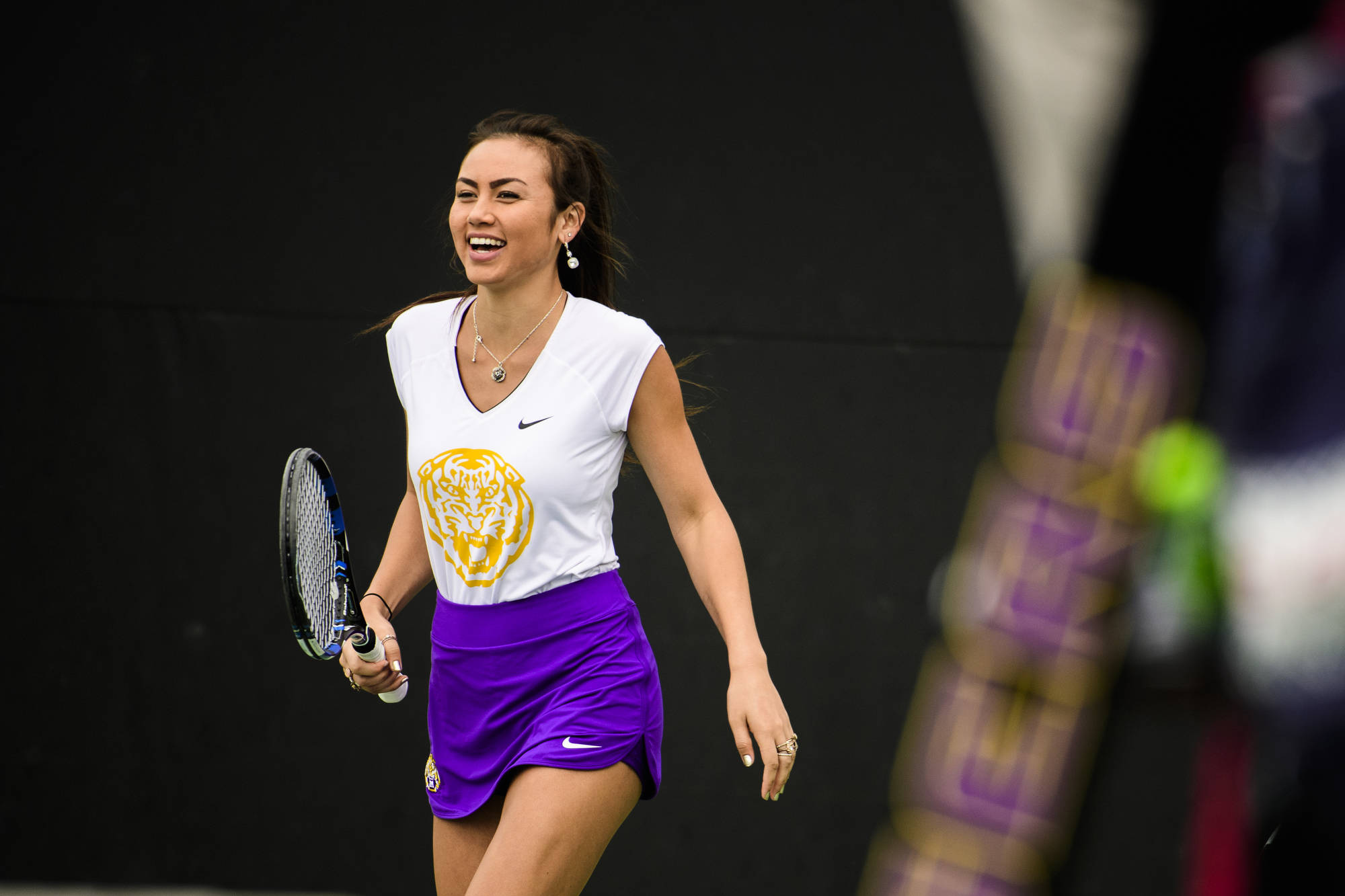 BATON ROUGE– The LSU women’s tennis gave the visiting SMU Mustangs their first loss of the season as the Tigers came out on top by a score of 5-1 on Saturday, February 15, at the LSU Tennis Complex.

With the win, the Tigers move to 5-2 in the dual season.

“I thought we responded really well from a slow doubles start,” co-head coach Julia Sell said. “We came out in singles and stayed mentally tough through the first sets and were able to run away with it in the second sets. We had a good two week break, so to bounce back from the break and show a lot of improvement from our last matches was really great.”

SMU struck first at the No. 3 doubles, when Sarai Monarrez Yesaki and Tiffany Hollebeck defeated the duo of freshmen Safiya Carrington and Maggie Cubitt by a score of 6-3.

The Mustangs clinched the doubles point when the pair of Jackie Nylander and Isabella Tcherkes Zade defeated junior Eden Richardson and freshman Nina Geissler at the No. 1, 6-3.

No. 57-ranked gave the Tigers their first point of the afternoon after she defeated Yesaki in straight sets, 6-0, 6-1, at the No. 2 singles.

Cubitt gave the Tigers a 2-1 at the No. 6, defeating Katherine Jakeway in straight sets 6-3, 6-1, to earn her first singles win of her collegiate career.

The lead was extended to 3-1 after senior Paris Corley earned a straight set win at the No. 4 as she defeated Claudia Bartolome by a score of 6-3, 6-2.

The match was clinched at the No. 1 when No. 47-ranked Bridges downed Nylander in straight sets, controlling the match on her way to a 6-4, 6-4 victory.

At the No. 3, Richardson defeated her opponent only seconds after Bridges’ clinching, earning the straight set win with a narrow 7-6(6) first set, followed by an emphatic 6-2 second set victory.

The Tigers travel to Houston, Texas for a road weekend as they take on Houston at 2:00 p.m. CT on Friday, February 21 and end the weekend by taking on Rice at 11 a.m. CT on Sunday, February 23.