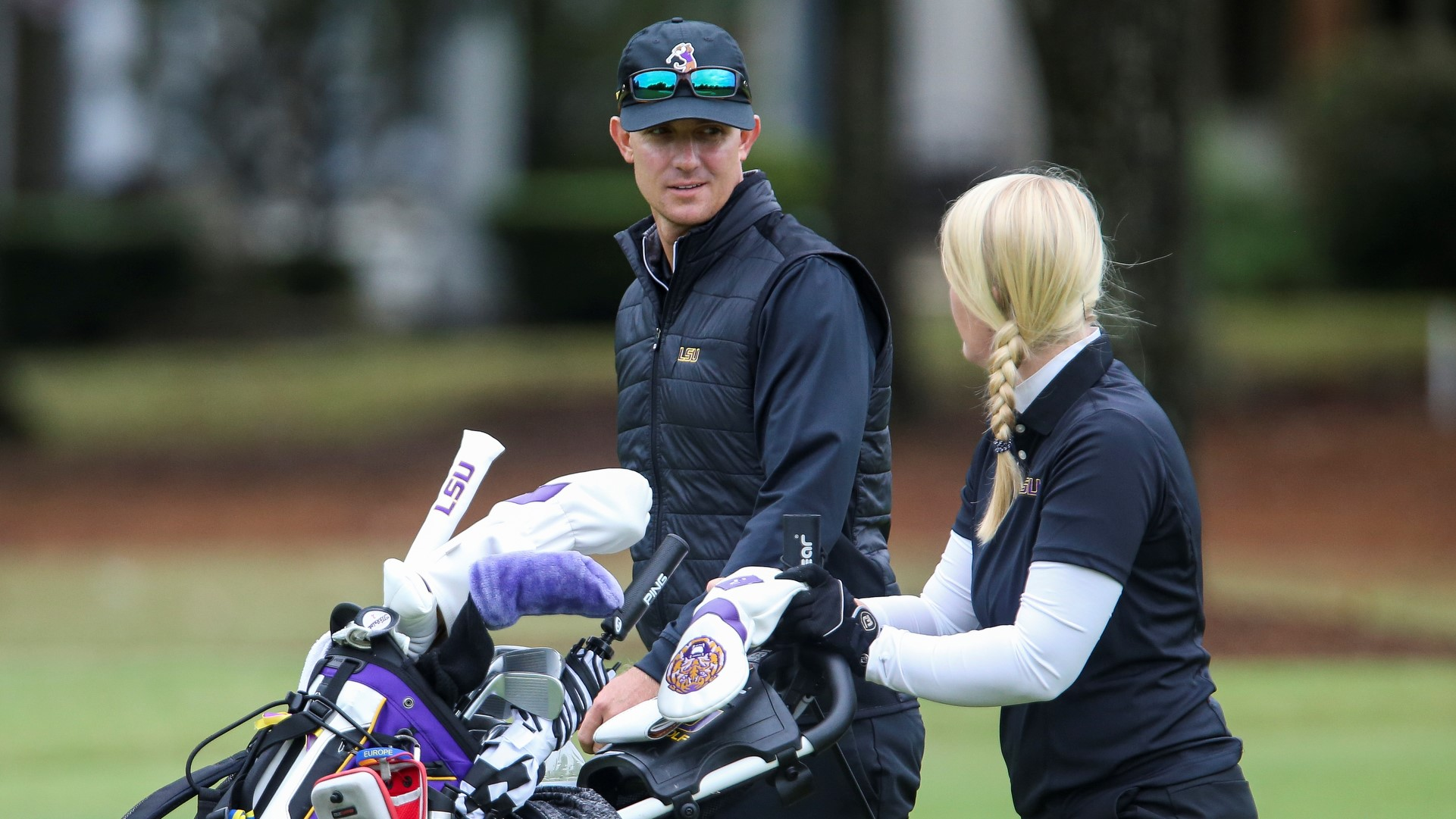 BATON ROUGE – The No. 18 LSU women’s golf team starts the 2020 Spring season at the IJGA Collegiate Invitational hosted by Virginia, Sunday-Tuesday, February 16-18. The 54-hole tournament will take place at the Guadalajara Country Club in Guadalajara, Mexico.

LSU finished in the Top-3 in all four tournaments last Fall to start the 2019-20 season, including wins at the Princess Anne Invitational and the Magnolia Invitational. The Tigers finished second at the Battle at the Beach and third at the Mercedes-Benz Championship.

The Tigers have dropped their team scoring average over 12 strokes over last season and are sitting at 285.17 heading into the Spring. First-year players Ingrid Lindblad (69.67), Latanna Stone (71.00) and Kiana Oshiro (71.78) are on pace to have three of the best single-season performances in LSU history.

LSU is currently ranked No. 18 in the nation by Golfstat, thanks to four Top-3 finishes to start the season. Rookies Ingrid Lindblad and Latanna Stone, juniors Kiana Oshiro and Kendall Griffin, and sophomore Alden Wallace will represent LSU on the course in Mexico.

“We are looking forward to getting back in the swing of tournaments and competition,” said second-year head coach Garrett Runion. “We’ve had a nice break with the holidays spending time with family and friends. We’ve been back at school for over a month and we are ready to compete against someone other than ourselves. We certainly got off to a great start in the Fall and want to keep that going.”

Over the break LSU took a page out of the Tiger football team’s practice plan. Just like LSU’s receivers went out and caught 10,000 balls over the summer, the players came up with an equivalent goal of 10,000 made putts over the break. The final total by the team of eight players – over 16,000.

“At the end of the semester we talked as a team about what was the one thing we could do over the break that would make us all better when we returned,” said Runion. “With football’s success, we talked about how Joe Burrow and the receivers caught 10,000 balls over the summer. We came up with our equivalent of 10,000 made putts.

“We set up a Google doc so every time a player made their 3-footers, where ever they were in the world, they could update it and put down how many they made. Everyone wanted to be the person to make the most and no one wanted to have the least. In the end, we made over 16,000 putts as a team over the break and everybody came back more confident on their short putts. It was something small and purposeful that turned into a big positive.”

Lindblad, the winner of the Magnolia Invitational, has shot par or under in eight of her 12 rounds played this season and leads the team with a 69.67 stroke average. The rookie from Sweden has posted six of the top nine rounds of the season, all at 3-under or lower. Her lowest rounds of the season were a 5-under 67 in the second round of the Magnolia Invitational and the third round of the Battle at the Beach. Lindblad currently ranks No. 12 in the nation and third in the SEC on the Golfstat Player Rankings list.

Lindblad is ranked No. 4 in the World Amateur Golf Ranking and has accepted an invitation to compete in the Augusta National Women’s Amateur, April 1-4, 2020. She posted four Top-11 finishes during the Fall.

Stone posted a stroke average of 71.00, the second-lowest on the team, and five of her nine rounds played were at par or under in the Fall. Stone has three Top-20 finishes so far in her rookie season, including a second-place finish at Battle at the Beach.

Oshiro is third on the squad with a 71.78 scoring average. The junior transfer posted five rounds of par or under in the Fall over nine rounds played.

Griffin and Wallace are the only other members of the squad to play in all four tournaments. Griffin is averaging 73.00 strokes per round, while Wallace is sitting at 74.08.

In addition to its No. 18 ranking posted by Golfstat, LSU also ranks No. 16 in the latest Golfweek and WGCA Coaches poll.

“Heading into our first tournament our biggest challenge will be managing our expectations,” said Runion. “We played so well in the Fall that if and when something goes wrong we need to be able to handle that. Almost every tournament in the Spring has a very strong and deep field, so paying attention to details and limiting the shots we give away will make a big difference in where we finish. The first tournament back in a while, there’s going to be some jitters and the goal early in the Spring is to just keep improving each round.”

The Mexican Golf Federation is coordinating the tournament at the Guadalajara Country Club. The 54-hole tournament will play at a par of 72 over 6,437 yards. Teams will play 18 holes on Sunday, 27 on Monday and wrap up the final nine holes on Tuesday.