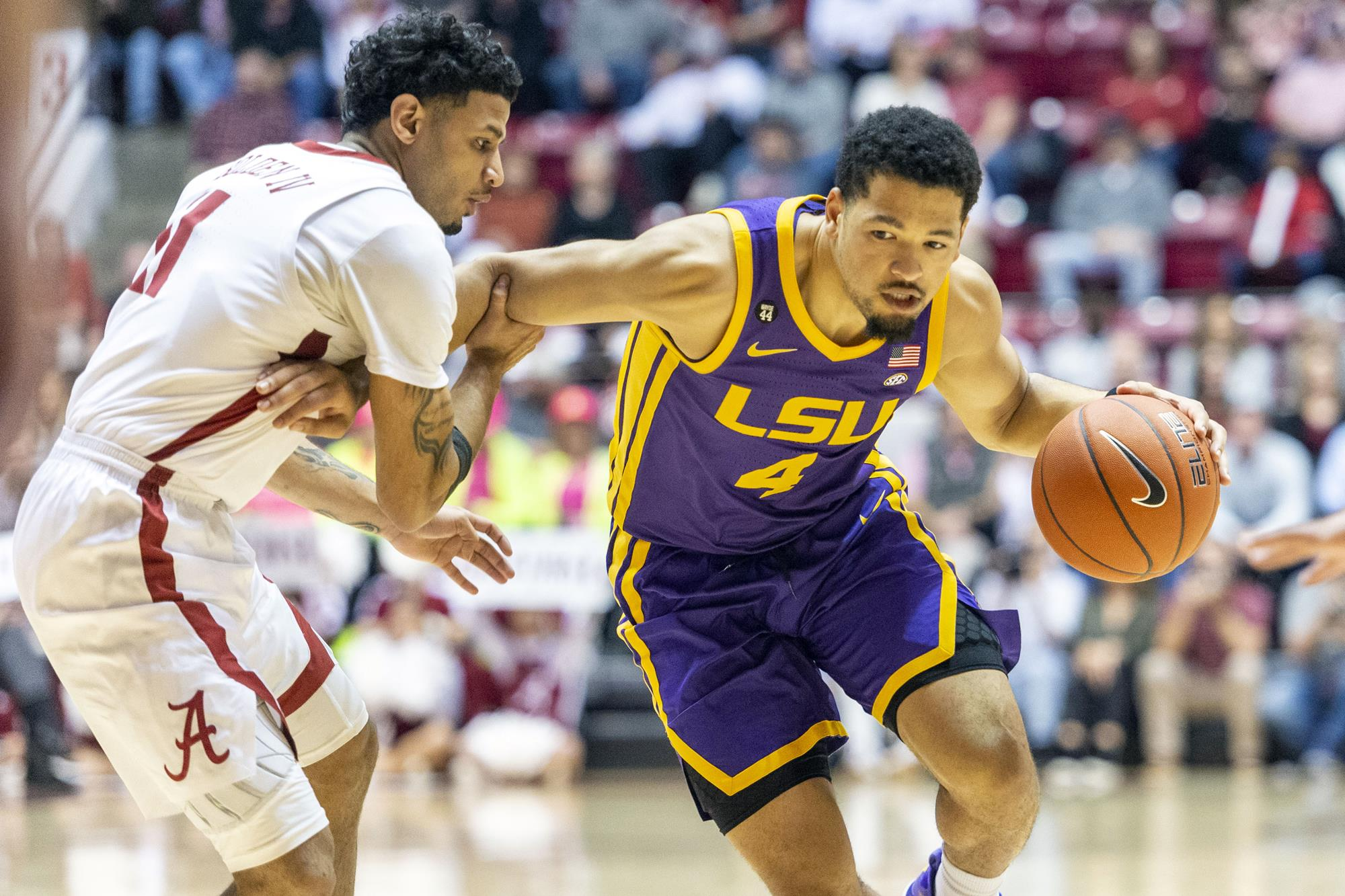 TUSCALOOSA – LSU scored 53 second half points and shot 56 percent in the second half as the Tigers tried to rally from 18 points down against Alabama Saturday in Coleman Coliseum.

The Tigers were able to get the game to one point with 1:35 to play but the Crimson Tide had the answers in the final 90 seconds to score an 88-82 win.

Down 14 with 5:47 to play, the Tigers began to turn the momentum back the other way with Darius Days, Trendon Watford and Skylar Mays all getting easy buckets to put the game to eight, 73-65, with 4:54 to play. After an Alabama bucket pushed it to 75-65, Watford hit a three and Mays, after an Alabama miss, scored to put the Tide lead to 75-70 with 3:29 to go.

After an exchange of points left it 77-72 for Alabama, Marlon Taylor stole an inbounds and got it to Javonte Smart for a three to cut the game to 77-75 with still two minutes to play. Alabama made two free throws to make it 79-75 and then Mays hit a three-pointer to make it 79-78 with 1:35 left.

But the Tide was able to get two three-pointers that pushed the margin out to a win for Alabama.

Mays led LSU with his third straight game of 20 points or more game, scoring 24 points with nine rebounds, three assists and three steals. Watford had 18 points and Emmitt Williams had a double-double with 13 points and 10 rebounds.

Kira Lewis Jr., had 27 points to lead Alabama with Jaden Shackelford getting 26. Galin Smith had 10 points. Herbert Jones had six points and 17 rebounds.

Charles Manning Jr., returned to action for LSU playing 15 minutes with two points, three rebounds, an assist and a block.

LSU returns home for an 8 p.m. game on Tuesday night against Kentucky. Tickets are on sale at LSUTix.net and during normal business hours at the LSU Athletic Ticket Office.

“It was a good comeback by our guys, but I thought the second half rebounding was the difference for Alabama. Herb Jones had 5 of them (offensive rebounds), (Alabama) had 10 of them. In the second half we obviously did a terrible job on (Kira) Lewis and (Jaden) Shakelford just played tremendously well. He was the leading scorer when they played us at our place as well. I give Alabama credit. They played really well and deserved to win. They did a great job on the backboards against us to keep it close. They did a great job at the free throw line. I always talk about when we play them, you can’t lose the 3-point line and the free throw line. You can lose one of the two and beat them, but you can’t lose both of them. If you look at the free throw line, the difference was 6 points and the difference in the game was 6 points so that’s where we got beat. It’s really that simple”

“He’s an absolute warrior. I see why he’s a winner. He’s a great kid. Him and (Trendon) Watford are best friends. He’s ready to come out there and do that for his team. He’ll be what they need to get into the NCAA tournament. Tremendous player”