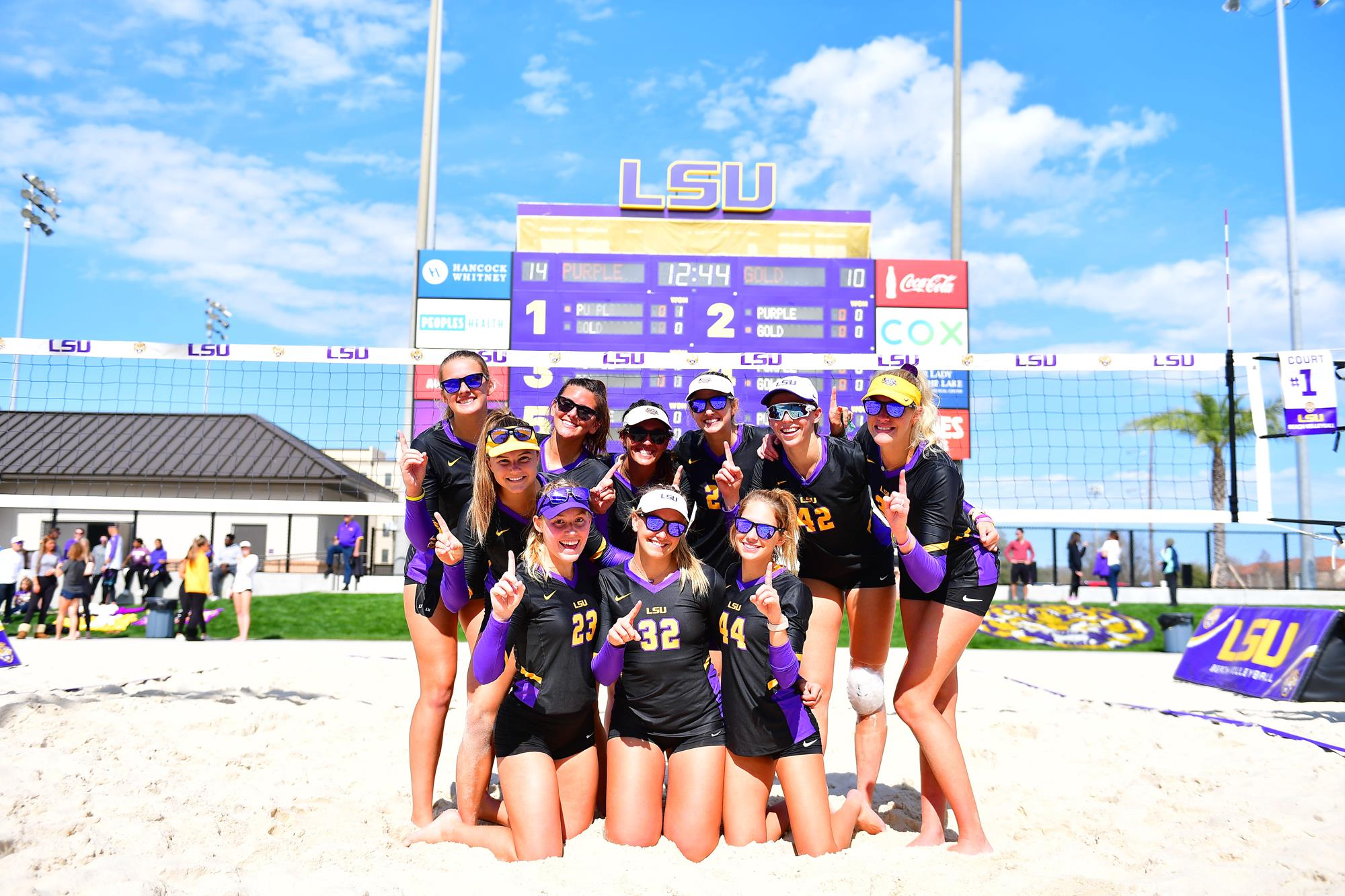 BATON ROUGE – The Purple Squad defeated the Gold Squad during beach volleyball’s annual Purple vs. Gold Scrimmage at LSU Beach Volleyball Stadium one week before the Tigers are scheduled to begin play for their 2020 season.

Playing four rounds in which each pair played one set per round, Purple won, 14-10, in a final competition tune-up before the team heads to Hawaii next weekend to face three AVCA Top-20 teams.

“The results aren’t necessarily as important today,” said head coach Russell Brock. “It’s more how we played. I thought we played so well today and we’re super excited looking forward to next weekend.”

Saturday proved to be an important day for the Tigers, playing in front of fans for the first time. Over 250 fans turned out to a beautiful day at LSU Beach Volleyball Stadium to take in the scrimmage.

“The fan support today was great,” said Brock. “It was a scrimmage and not the real deal, but to have as many people come out that did, it was super great to play in front of our fans. To be able to perform in that environment as opposed to a practice environment – that’s critical information.”

After LSU opens its season in Hawaii, it will return to Baton Rouge for its first home competition of the season after posting a 13-0 home record last season. LSU will host the Tiger Beach Challenge, February 29-March 1, including a match that Saturday against top-ranked UCLA for the second straight weekend.