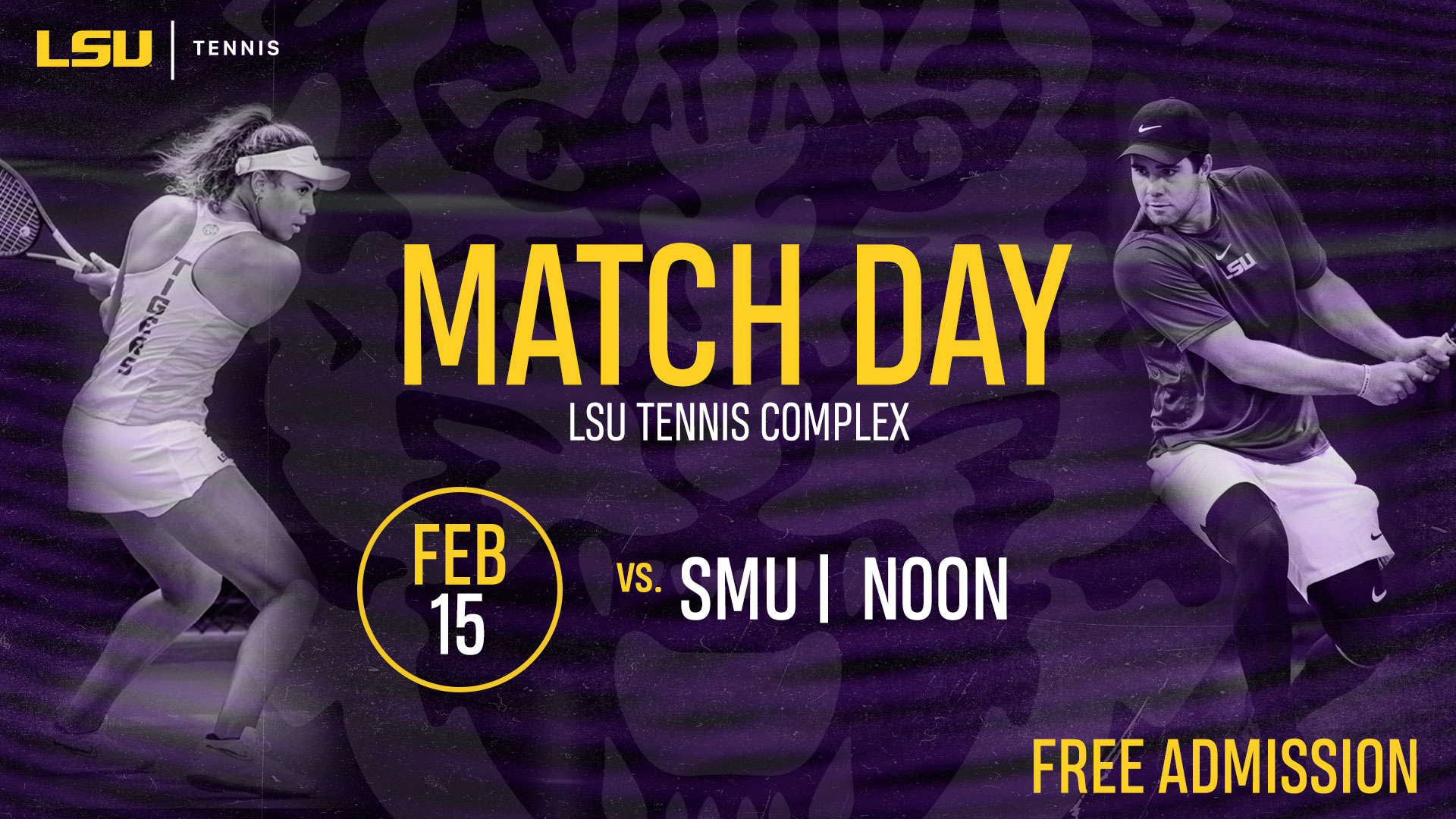 BATON ROUGE – The LSU women’s tennis team will return to action at the LSU Tennis Complex at noon CT on Saturday, February 15, when the Tigers host the SMU Mustangs.

LSU and SMU have met 21 times in program history, with the Tigers holding a 17-4 series lead. When the teams last met in 2014, the visiting Tigers came out on top in a 6-1 contest in Dallas, Texas.

LSU is 4-2 overall in the dual season. The Tigers were last in action two weeks ago, where they hosted Tulane and came out victorious in a 6-1 routing.

Two Tigers moved up in the latest ITA/Oracle Individual Rankings. Junior Taylor Bridges moved up three spots to No. 39 after the starting the dual season 3-1 in singles play. Freshman Safiya Carrington checked in at No. 57 after a 4-1 start to dual play.

Senior Paris Corley was the third and final player in the rankings, coming in at No. 118. Corley’s 14-7 overall record leads the team in singles win in the season.

Notes on the Mustangs

SMU comes into the match with a 6-0 dual record, its best start since 2017. Their last time out, the Mustangs hosted Colorado and swept the Buffaloes 7-0.

Three Mustangs are undefeated in singles play. Claudia Bartolome, Jackie Nylander, and Isabella Tcherkes Zade all boast a 6-0 record. In doubles, the duo of Tiffany Hollebeck and Sarai Monarrez Yesaki hold a perfect 4-0 record playing at the No. 3 doubles.