Harrison, Anning, and Marshall Win Event Titles on Day One of Tyson Invitational 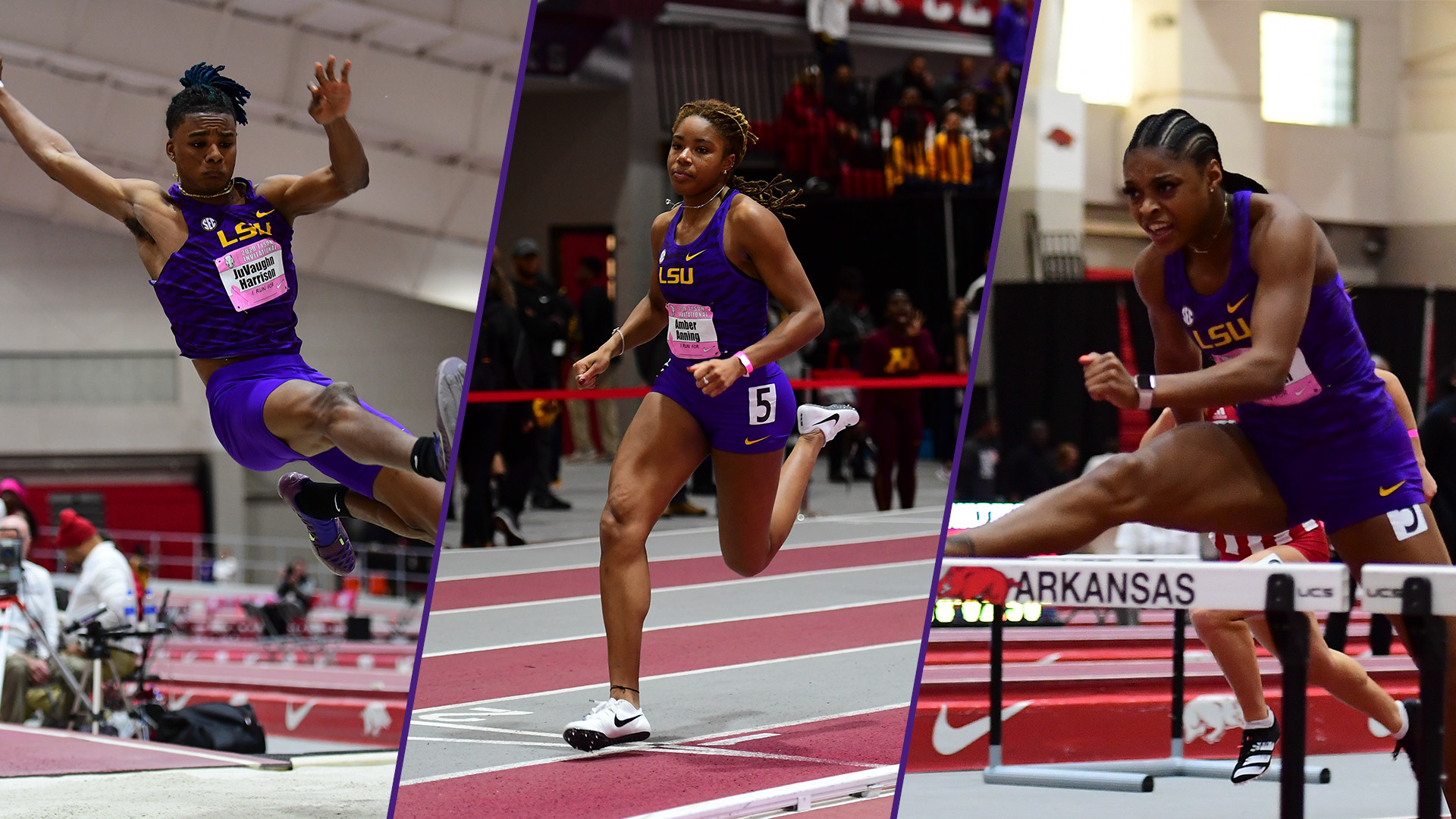 Lots to cover tonight, but we will start with the performance of Tonea Marshall and freshman Alia Armstrong in the 60 meter hurdles. Marshall won her third-straight event title in the 60 meter hurdles with a winning time of 7.89 on Friday night. The time of 7.89 makes her the third woman in NCAA history to run sub-7.90 seconds multiple times in collegiate history joining the likes of Brianna Rollins (Clemson) and Priscilla Lopes (Nebraska) – heads up tip from the USTFCCCA. The senior from Dallas has sub-7.90 times of 7.86 (Corky Classic/Jan. 18) and 7.89 (tonight). Freshman Alia Armstrong was right behind her with a career best readout of 7.95 to make her the third-fastest 60-meter hurdler in LSU history. Marshall (7.88*) and Armstrong (7.95) own the two fastest times in the NCAA this season.

Amber Anning ran a personal best of 52.22 in the 400 meter dash to win the women’s invitational 400 meter event. The time of 52.22 ranks No. 4 in the NCAA this season and it is the third-quickest time run in LSU history. In the men’s 400 meter dash invitational, senior Tyler Terry placed third with a season best time of 46.21 to rank No. 8 in the NCAA.

In the men’s 60 meter hurdles, Eric Edwards Jr. ran a career best of 7.61 to take silver in the event and rank No. 2 in the NCAA; it’s also the third-fastest time in LSU history. Damion Thomas (7.68) and Arthur Price (7.83) finished third and sixth, respectively.

LSU had a pair of podium finishes in the 60 meter dash. On the women’s side, Thelma Davies took silver with a personal best of 7.23, and Akanni Hislop placed third on the men’s side with a 6.68. Symone Mason made the finals on the women’s side and placed fourth with a 7.35. Terrance Laird did not run in the finals, but he clocked a personal best of 6.66 in the preliminaries, his second race of the day to tie for the No. 8 spot on the LSU indoor list in the event.

Alicia Stamey (4:54.94) and Sara Funderburk (5:04.03) registered personal bests in the mile. Stamey took second and Funderburk finished fifth. It was Stamey’s first time going sub five minutes as her prior best was a 5:01.58. Hannah Carroll ran a personal best of 2:13.65 in the women’s 800 meters to place sixth.

Day two of the Tyson Invitational will begin at 12 p.m. CT on Saturday with Serena Bolden and Kyndal McKnight in the triple jump. Katy-Ann McDonald will run the 800 meters at 2:45 p.m. CT on Saturday at the Iowa State Classic, and Davis Bove (mile) and Eric Coston (3,000 meters) will be running at the David Hemery Valentine Invitational. Full competition guide below.