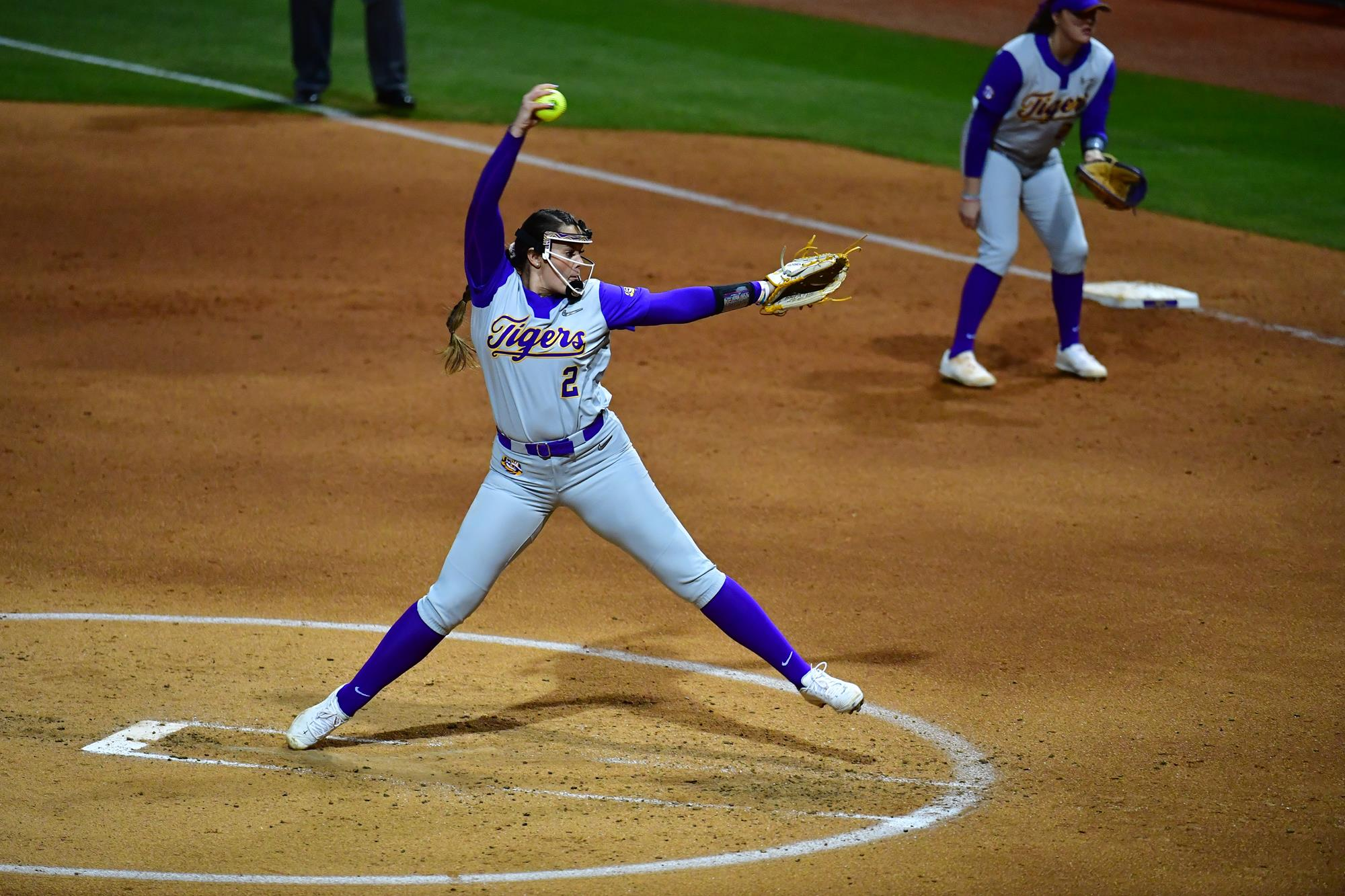 BATON ROUGE – The No. 7 LSU softball team defeated Samford 4-0 Friday evening in a Valentine’s Day face-off in Tiger Park. The Tigers move to 6-0 on the season while Samford falls to 3-3 on the year.

The Samford Bulldogs threatened in the top of the third and put a runner on first, but Taylor Pleasants came through with a clutch double play to end the inning and gain momentum for the Tigers.

In the bottom of the third, Taylor Tidwell singled down the left field line which gave the Tigers their first hit of the night. Aliyah Andrews came up big with a double to the left-center gap to score Tidwell from second. Savannah Stewart recorded an RBI on a sacrifice fly, plating Ciara Briggs from third.

Ali Kilponen retired seven straight Bulldogs through the first four innings and tallied six strikeouts on the night.  She is now 2-0 on the season. Taylor DeCelles took the loss for the Bulldogs and moved to 1-1 on the season.

On the bottom third of the order producing six hits…

“They did a good job. It was nice seeing Morgan (Cummins) and (Taylor) Tidwell swing that way. Ciara (Briggs) just continued to battle for us, had some really great at-bats, so I was happy with that.”

The Tigers travel to Lafayette on Saturday to face ULL at 4 p.m. The game will air on CST and stream live on ESPN+. Live stats will also be available. They’ll finish the weekend at home on Sunday taking on North Dakota at 12:30 p.m. and matching up again with ULL at 3 p.m. These games can be streamed on SEC Network+ and WatchESPN.