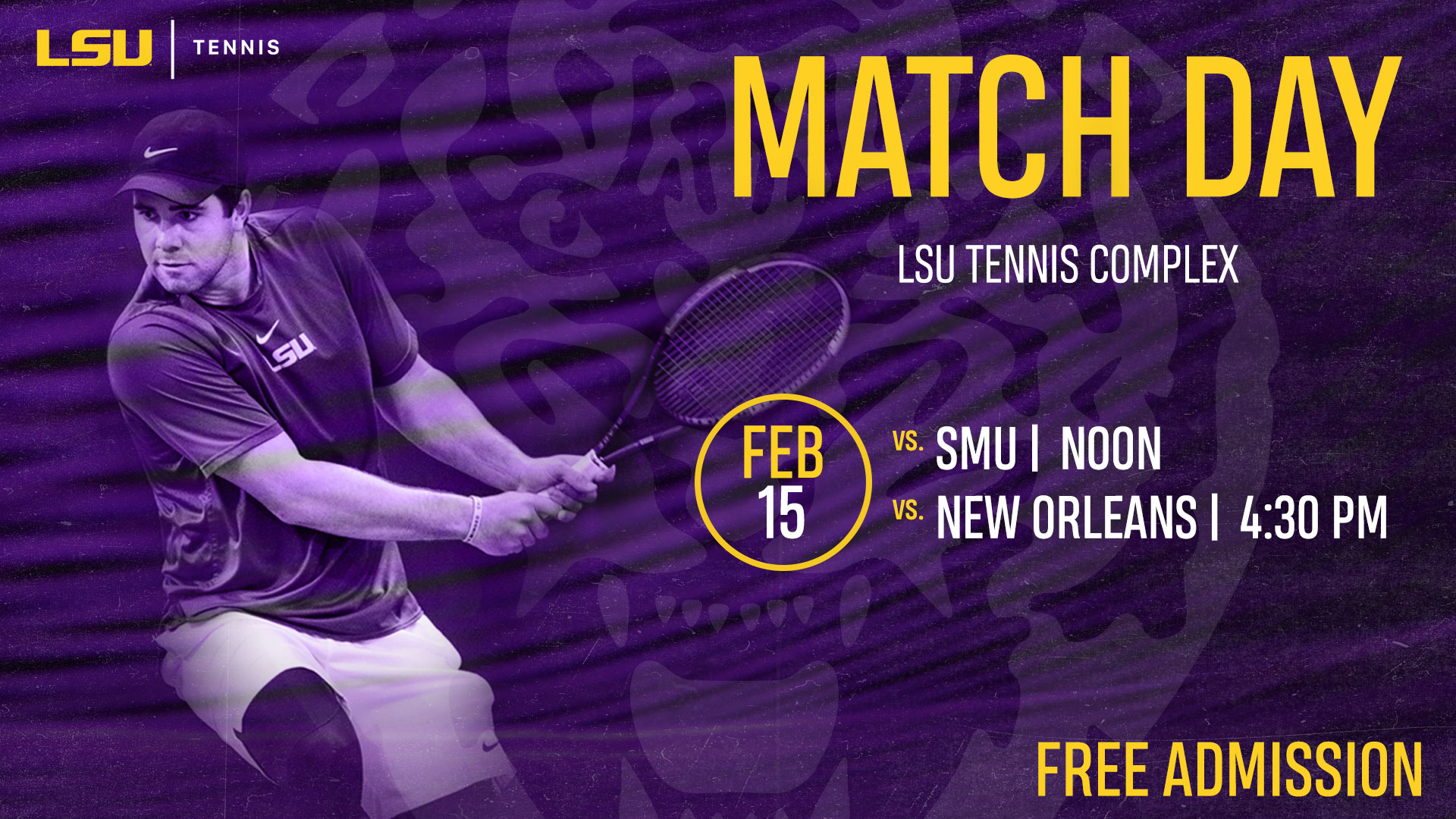 Baton Rouge, La.— The LSU men’s tennis team is back in action this Saturday taking on SMU at noon and New Orleans at 4:30 p.m., both at the LSU Tennis Complex.

After starting the year off 5-0, LSU hit a rough patch at the end of January. They’re looking to snap a two-match losing streak after falling to Dartmouth and Tulane. Both matches came down to the wire, resulting in a 4-3 Tigers loss.

This will be the 12th meeting between LSU and SMU. The most recent was last season when the No. 24 Tigers took down the Mustangs 6-1.

Sophomore Boris Kozlov lands at No. 52 in the latest ITA singles rankings. Kozlov has held down court three this season, going undefeated in singles this year. In doubles, the duo of junior Joey Thomas and sophomore Daniel Moreno come in at No. 39. The ITA Southern Regional Champions are 13-3 on the year and 2-2 in dual play, adding on a ranked win over No. 55 Henrick Korsgaard and Brandon Perez from Virginia Tech.

SMU is going into their second season with head coach Grant Chen at the reins. Chen led the ‘Stangs to 12 wins last season and is already three-fourths of the way there this year, getting off to their best start since 2015. Their lone match against a ranked opponent was a loss to No. 4 Texas. Caleb Chakravarthi, Ethan Leon, Carles Sarrio and Jordi Redelijk are all tied with a team-leading five wins in singles. They also feature the No. 55 doubles team, Caleb Chakravarthi and Tomas Vaise, in the latest ITA rankings.

UNO will be taking the I-10 west to visit the LSU Tennis Complex for the second time this season. They didn’t face the Tigers on the first trip, but instead took on the VCU Rams in their first match of the season where they were defeated 4-0. Since the loss, the Privateers have won four straight, three in 7-0 sweeps. UNO finished last season going 7-14 in duals and going 1-4 in Southland play. The Privateers only have three returning starters, with their three out of their four all-conference doubles players graduating. Head coach Burzis Kanga will be going into his tenth season as coach.