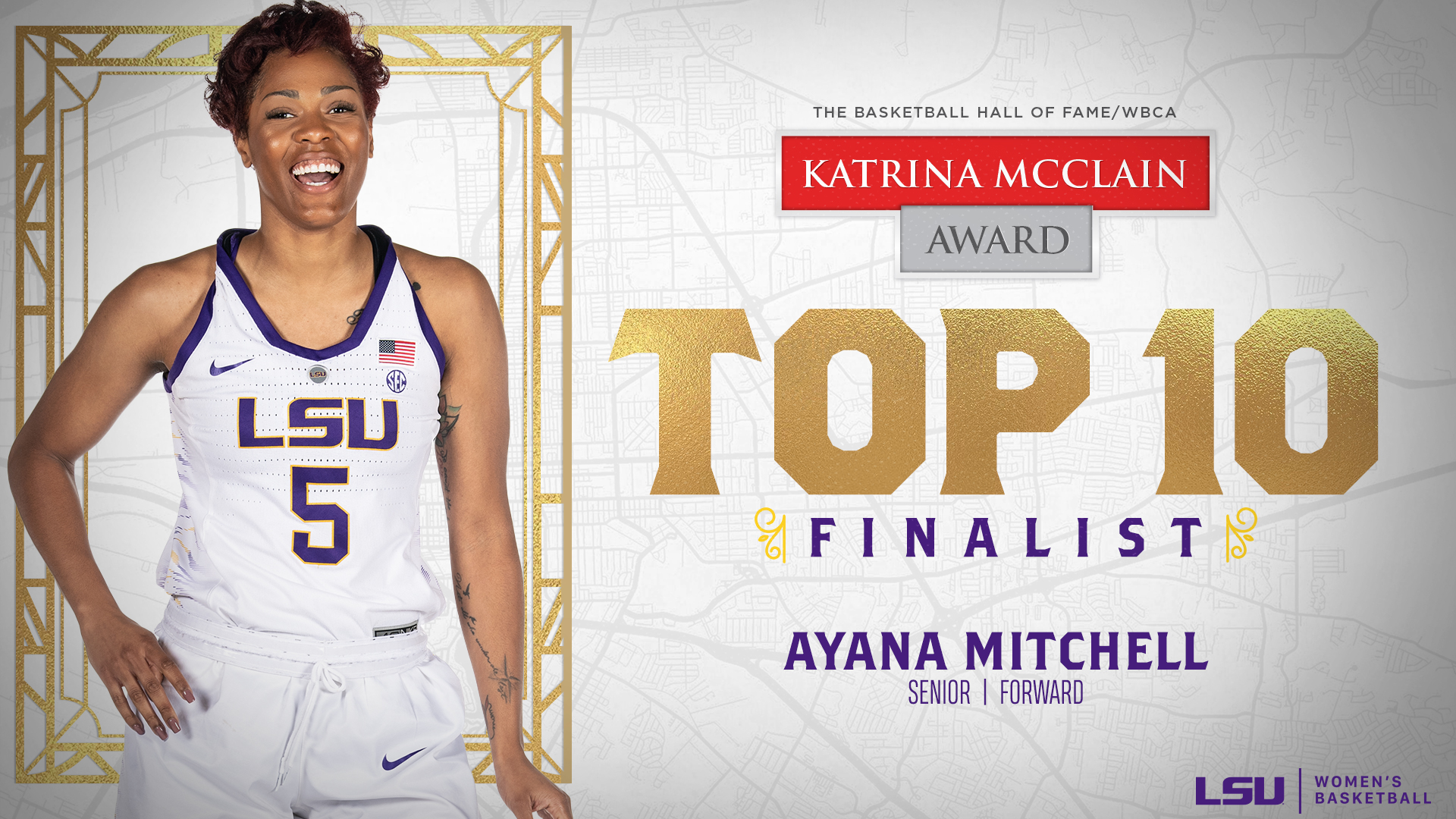 BATON ROUGE, La. – LSU forward Ayana Mitchell has been named a Top 10 finalist for the 2020 Katrina McClain Award as announced by the Naismith Memorial Basketball Hall of Fame and the Women’s Basketball Coaches Association today.

Mitchell is one of 10 finalists for the award that was named after McClain, a two-time All-American and 1987 National Player of the Year. The annual award in its third year recognizes the top power forwards in women’s NCAA Division I college basketball.

The Conyers, Georgia, native saw her collegiate career end with a knee injury suffered on February 2, but has made a significant impact on the LSU program during her time in the Purple & Gold.

Mitchell, a fifth-year senior, will go down as one of the most prolific women’s basketball players in Tiger history. She will finish at No. 6 on LSU’s all-time rebounding list with 911 rebounds, one of only six LSU players to hit the 900-career rebounds milestone. She is ranked No. 22 on LSU’s all-time scoring list with 1,275 points and her 59.5 career field goal percentage will rank third on the LSU all-time list. An All-SEC performer, Mitchell’s 36 career double-doubles ranks among the most in LSU history.

The winner of the award will be presented at The College Basketball Awards presented by Wendy’s in Los Angeles on Friday, April 10, 2020, along with the other four members of the Women’s Starting Five. Additional awards being presented include the Nancy Lieberman Point Guard Award, the Ann Meyers Drysdale Shooting Guard Award, the Cheryl Miller Small Forward Award and the Lisa Leslie Center Award.