Track and Field Splits to Meets in Arkansas, Boston and Iowa 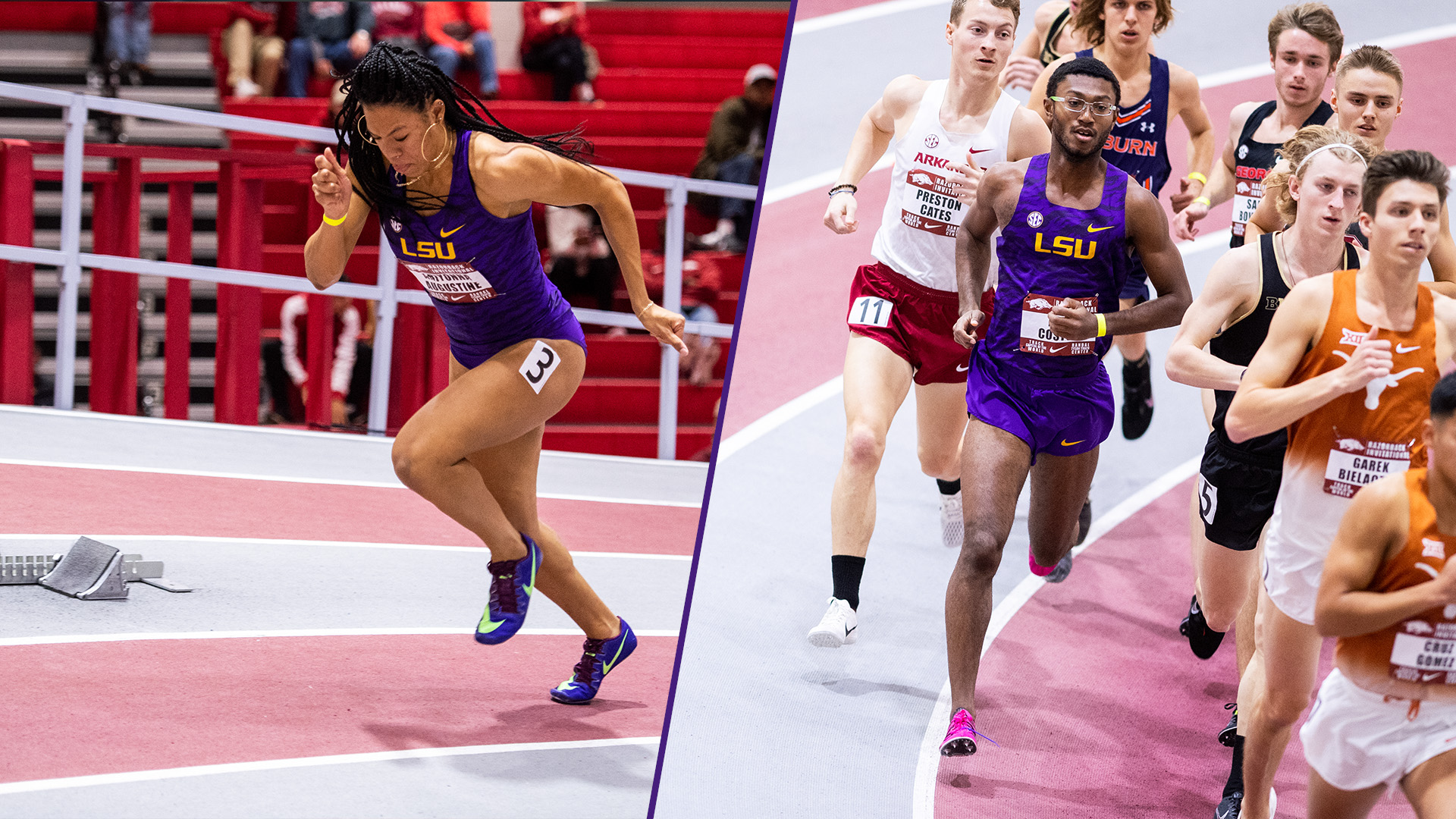 Baton Rouge, La. – The LSU track and field program returns from the off week where the team will be competing in three different meets this weekend.  The majority of the team will be travelling to Fayetteville, Ark., for the second time in three weeks to compete in the Tyson Invitational at the Randal Tyson Indoor Track Facility.  Two of the Tigers’ distance runners will make the trek to Boston, Mass., to participate in the David Hemery Valentine Invitational which will take place at the BU Track and Tennis Center.  Finally, Katy-Ann McDonald will make the trip to Ames, Iowa where she will run in the Iowa State Classic.

The Tyson Invitational will host numerous ranked track and field programs.  LSU will be joined by conference rivals Georgia and Arkansas who boast nationally ranked men’s and women’s teams. Both Arkansas and Georgia’s women’s squad are ranked in the top-five as they are No. 2 and No. 4, respectively. The Georgia men’s track and field team is the No. 9 ranked program in the country and Arkansas’s men’s team sits at No. 20 in the latest polls.   On the men’s side, the Tigers will face against nationally ranked teams such as No. 6 Indiana, No. 12 North Carolina A&T, No. 14 Iowa, No. 16 Baylor, and many more.  Some of the non-conference women’s ranked teams that will be in attendance include No. 10 Colorado, No. 13 Minnesota, No. 17 Iowa, and No. 25 Baylor. Friday’s events can be seen live on the SEC Network Plus starting at 3 p.m. CT. Thirty-five (20 women, 15 men) LSU track and field athletes will be heading back to Fayetteville, Ark. for the second time this season.

While the majority of the team will be in Arkansas this weekend, two of LSU’s distance runners will be traveling to Boston to compete in the David Hemery Invitational. LSU will have two athletes competing on Saturday as Davis Bove will run the mile at 3:20 p.m. CT and Eric Coston will compete in the 3,000-meter run starting at 7:10 p.m. CT.

The Tigers are a month into the 2020 indoor season and have 14 athletes that are currently ranked inside the top 10 of their event in the NCAA. Nine of the top-10 national marks came at the Razorback Invitational nearly two weeks ago. Abby O’Donoghue cleared a career best of 6′ 2″ (1.88 meters) to rank No. 1 in the NCAA, and Rayvon Grey leapt out to a career best of 26′ 6.50″ (8.09 meters) in the long jump to stay atop the NCAA leaderboard. Eric Edwards Jr. clocked a personal best of 7.66 at the Razorback Invitational to rank No. 3 in the country. Freshman Thelma Davies ran a career best 200 meter time of 22.96 to rank No. 3 nationally; it’s the fastest time by a freshman this season. Freshman hurdler Alia Armstrong clocked a personal best time of 8.07 seconds in the finals of her 60 meter hurdles race to rank No. 4 nationally; no freshman has run faster this year. The other top-10 national marks/times by LSU athletes are listed below:

JuVaughn Harrison was one of 10 men named to The Bowerman preseason watch list on Jan. 7. Harrison, a junior from Huntsville, Ala., is a two-time national champion, two-time SEC champion and three-time All-American after his first two seasons of competition in Baton Rouge. The long and lanky, multi-talented jumper became the first man in NCAA history to sweep the high jump and long jump national titles in NCAA history last June.

Harrison will be long jumping on Friday, and then high jumping on Saturday at the Tyson Invitational.