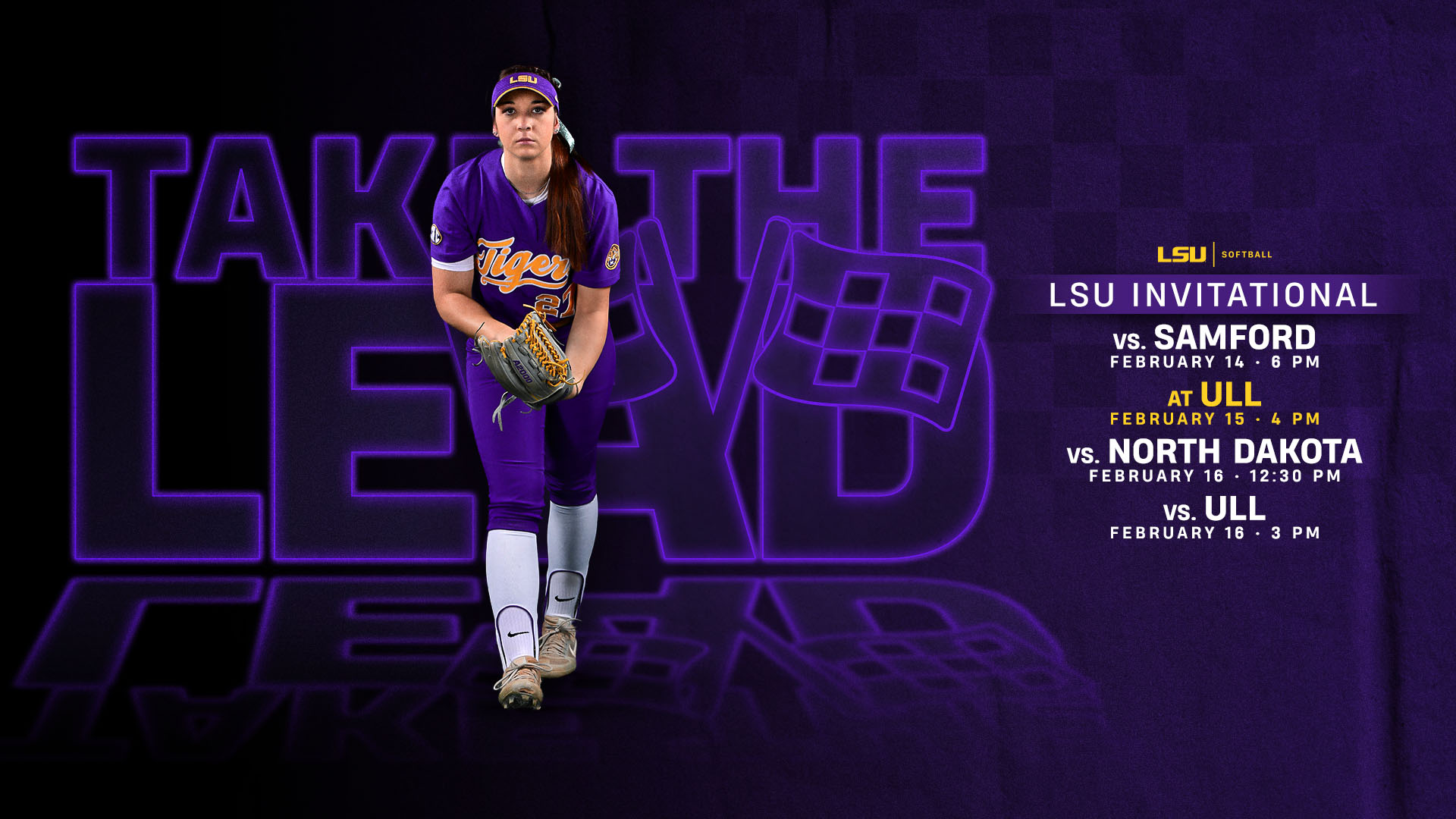 BATON ROUGE – After a 5-0 start to the season, the No. 7/7 LSU softball team will look to continue that momentum into the LSU Invitational this weekend, playing host to Samford, ULL and North Dakota.

Friday and Sunday’s LSU’s games this weekend will stream online through SEC Network+ and WatchESPN with Hall of Famers Lyn Rollins and Yvette Girouard on the call. Saturday’s game at ULL will air on Cox Sports Television. Live stats for each game will be available here.

For a full schedule on the weekend and directions to Lamson Park, click here.

About the Tigers
The Tigers go into the weekend with a perfect 5-0 record after taking down Central Arkansas, then-No. 13 Oklahoma State and Florida A&M last weekend. Taylor Pleasants and Georgia Clark picked up SEC Freshman of the Week and SEC Player of the Week, respectively. On the weekend, the Tigers hit .283 as a team and tallied 31 runs. Pleasants led the team and the entire SEC in batting average at .692. She tallied nine hits, five runs scored, two doubles, a walk-off home run, four RBI and four walks. Clark finished the weekend with a .667 average with two home runs and five RBI.

In the circle, the Tigers had an ERA of 0.45 which is first in the SEC and fifth in the nation. Ali Kilponen went 1-0 with two saves, including a combined no-hitter on Sunday. She tallied eight strike outs in five innings of work. Shelbi Sunseri went 2-0 with a shutout, allowing no earned runs in 11 innings. Maribeth Gorsuch and Shelby Wickersham both got their first wins of the year, while freshman Taylor Edwards and Victoria Abrams both contributed innings in the no-hitter on Sunday.

Torina’s Thoughts on Playing ULL…
“They are a great program,” said head coach Beth Torina. “We have a lot of respect for them and what they have done. It will be a great matchup and I am excited about it. I think it’s great for the State of Louisiana. These kids came to LSU to be challenged and this is the opportunity to challenge them. It’s a great test for both programs. We are both trying to play for the end of the year and trying to do everything we can to get our teams ready. This is a good opportunity to prepare our teams for what is in front of us.”

The Field
Samford (3-2)
The Tigers open up the weekend with Samford, who is 3-2 on the year. The Bulldogs defeated Akron twice last weekend won their season opener against Eastern Illinois. O’Neil Roberson leads the way with a .588 batting average. She had 10 hits over the weekend, including three home runs to earn her Southern Conference Player of the Week. In the circle, Emily Barnett has the lowest ERA at 2.33. Abby Swaney and Taylor Decelles pitched the most over the weekend and both earned wins.

ULL (4-1)
ULL goes into the weekend with a 4-1 record and is currently ranked No. 13/14 in the country. Alissa Dalton and Julie Rawls are both hitting .417 for the Ragin’ Cajuns. Rawls has two home runs on the year with three walks and a double. In the circle, Megan Kleist owns a 0.54 ERA with a shutout and two complete games. In 13 innings of work, she has struck out 20 and held her opponents to a .176 batting average.

North Dakota (3-2)
North Dakota is 3-2 on the year with wins over Texas Southern, Incarnate Word and Toledo. Alicia Young leads the team with a .375 batting average. In the circle, Lauren Feld is 1-0 with a 1.66 ERA. In 12.2 innings of work, she has struck out eight and held her opponents to a .288 batting average.

What’s On Deck
The Tigers will host their third straight home tournament February 21-22, welcoming in Belmont and Sam Houston St. For a full schedule, click here.

Fan Central
– We will still have an entry gate behind centerfield for those of you that have general admission seating for the Tiger Park Terrace or Outfield Bleachers, but it will be moved slightly to the south behind The Mike.  This entrance will open 1.5 hours prior to all LSU games.  It will not be open for non-LSU games.

– We now have permanent restrooms behind centerfield and attached to The Mike.  These restrooms will be open three hours prior to the first pitch of all LSU games and one hour prior for tournament games that do not include LSU.  The soccer restrooms will not be open to the public this season.  We encourage you to tailgate in the grass areas on the west side of the Soccer Complex behind their bleachers and main entrance.

– Addition of beer and wine sales at all home games.  Sales will end at the top of the 5th inning. Service limit – 2 per person.  Alcohol will be poured into a cup.