Gymnastics Competes on Podium at GymQuarters 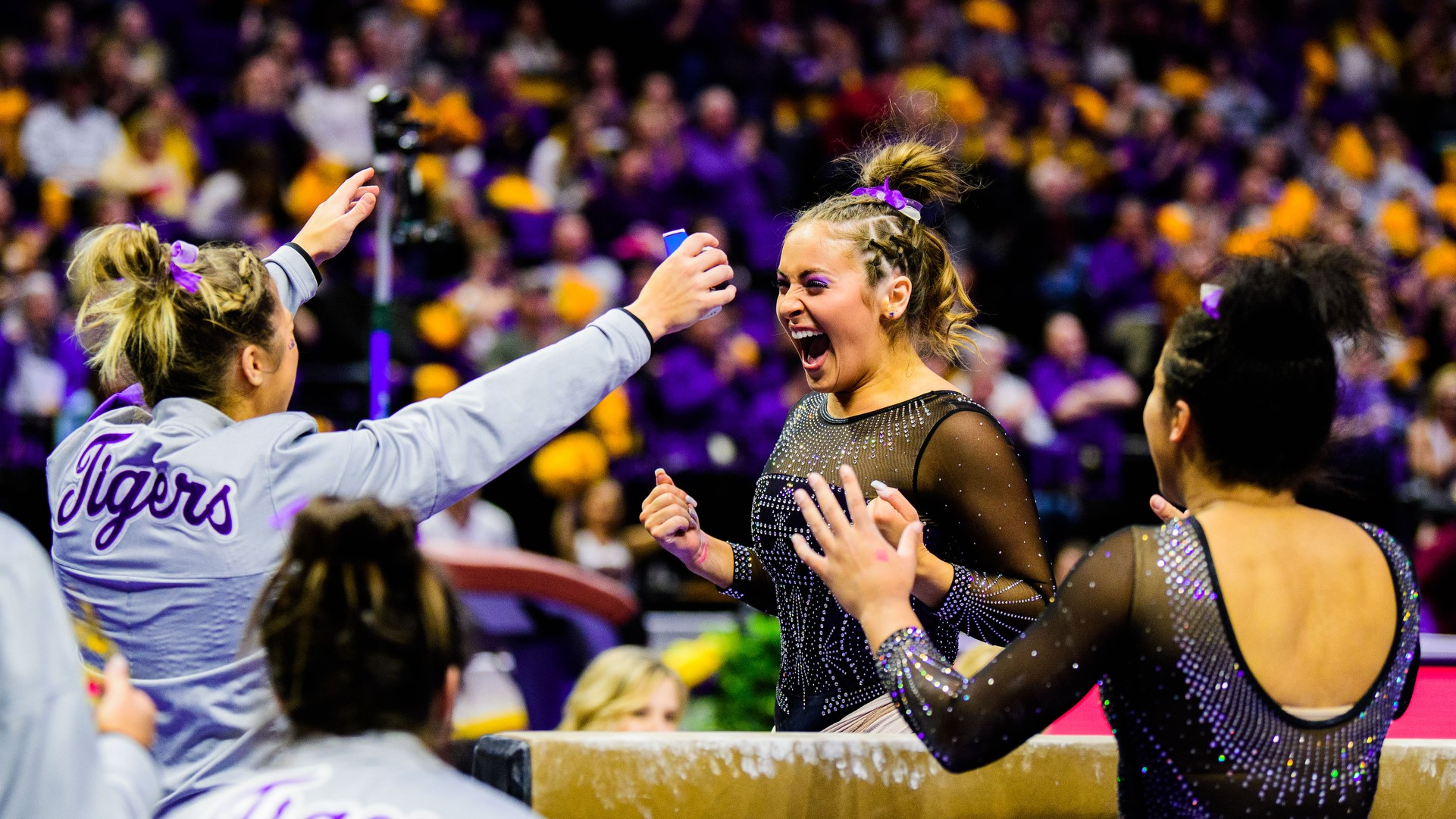 ST. CHARLES, Mo. – The ninth-ranked LSU gymnastics team (5-2, 2-2 SEC) will compete on podium for the first time in 2020, in preparation for postseason competition, at the GymQuarters Mardi Gras Invitational at 6:35 p.m. Friday inside St. Charles Family Arena.

The Tigers will face off against two top-25 teams with No. 18 Iowa State, No. 19 Missouri and Lindenwood competing in the evening session. The squad will return home to face No. 12 Kentucky at 2:30 p.m. Sunday inside the Maravich Center.

This meet will mark the first time the Tigers have competed on podium this season. Flogymnastics.com will stream the meet live but fans must have a subscription ($) to the service. Live stats will not be available on Friday night but fans are encouraged to follow LSU Gymnastics on Twitter and Facebook to follow along.

As the top-ranked team in the rotation, LSU compete in Olympic order beginning on vault.

D-D Breaux Previews the Meet
“This starts a week of three meets in eight days for this team,” D-D Breaux said. “It’s an opportunity for the girls to compete on podium and have a pretty quick turnaround with another meet on Sunday. We will tinker with our lineup a little this weekend since we are a little thin. We just want consistent performances and a solid road score.”

Johnson Wins Another SEC Freshman of the Week Honor
Johnson was named the SEC Gymnast of the Week after the third meet of the season and the SEC Freshman of the Week after the fourth, fifth and sixth meets. Johnson picked up three more wins to lead the Tigers to wins over No. 22 Oregon State and Arizona State. The Dallas, Texas, native won the all-around title with a 39.575 and the vault and bars titles with a score of 9.90. Overall, Johnson has won 15 titles this season with four in the all-around four on vault, four on floor, two on beam and one on bars.

Tigers in the National Rankings
LSU is the No. 9 team in the nation. The vault lineup ranks fifth in the nation, beam is 10th, bars is 11th and floor is 14th. Johnson ranks second on vault and floor and sixth in the all-around in the nation.