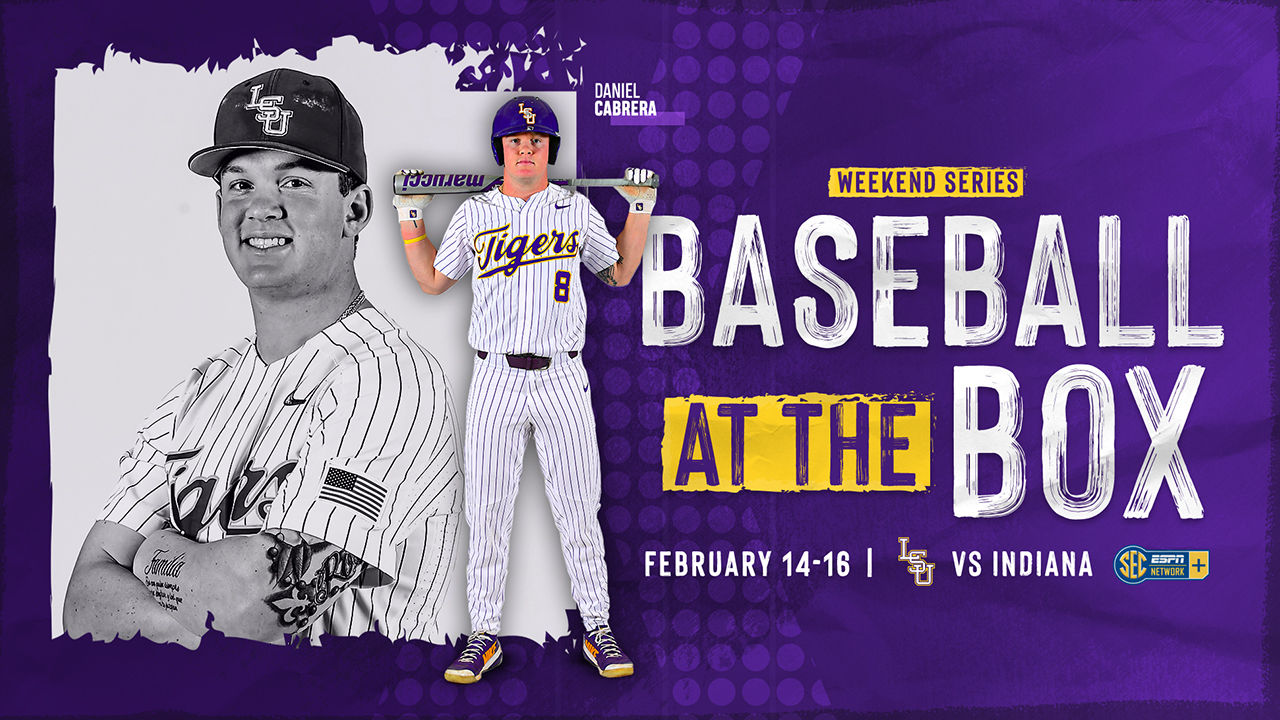 SERIES RECORD VS. INDIANA
LSU leads the all-time series with Indiana, 3-1-1, and this marks the Hoosiers’ first appearance in Baton Rouge since the 2008 season-opening weekend, when the Tigers won two of three games over IU in the original Alex Box Stadium. The teams also played twice in Baton Rouge in 1926, with LSU winning the first game and the second game ending in a tie.

QUOTING PAUL MAINIERI
“With each passing day, we’ve gotten to know our players better, their strengths and their limitations. Everybody across the board has improved during these past three weeks of preseason practice. This weekend we’ll probably start at least 12 different position players over the course of three games in order to learn more about our team and establish roles for our players. I feel good about where we are with our team, though I will say Indiana is the toughest season-opening opponent we’ve faced in my 14 years at LSU. They’re the defending Big Ten champions, and they have a tremendous program. We’re going to be challenged right out of the gate against a very good ball club.”

ABOUT THE TIGERS
• LSU has won 18 consecutive season-opening games; the Tigers’ last loss in a season opener came in 2001, when LSU dropped a 9-8 decision to Kansas State in the original Alex Box Stadium.
• The Tigers posted a 40-26 record in 2019, winning the NCAA Baton Rouge Regional before playing host to Florida State in the NCAA Super Regional at Alex Box Stadium … the Seminoles defeated LSU in two straight games to advance to the College World Series … LSU posted a 17-13 SEC record in 2019, placing fifth overall in the league standings.
• LSU junior outfielder Daniel Cabrera has earned Preseason All-America accolades, and he appears on the initial Watch List for the 2020 Golden Spikes Award … he played in 59 games in 2019, batting .284 with 12 doubles, two triples, 12 homers, 50 RBI and 40 runs … Cabrera was also voted to the 2020 SEC Coaches Preseason All-Conference First Team.
• LSU sophomore right-hander Cole Henry, the Tigers’ Friday night starter versus Indiana, appears on the initial 2020 Golden Spikes Award Watch List, and he has received Preseason All-America recognition … Henry, a right-hander from Florence, Ala., was 4-2 last season with a 3.39 ERA in 14 appearances (11 starts); he worked 58.1 innings, recording 18 walks, 72 strikeouts and a .226 opponent batting average … Henry was named to the Freshman All-SEC squad in a vote of the league’s head coaches.
• Sophomore first baseman Cade Beloso, a product of River Ridge, La., was voted to the 2020 SEC Coaches First-Team Preseason All-Conference squad … Beloso played in 62 games (58 starts) last season as a freshman, batting .279 (61-for-219) with three doubles, 10 homers, 52 RBI and 30 runs, and he batted .344 (21-for-61) with runners in scoring position.
• LSU has four second-generation Tiger players on its roster – OF Drew Bianco is the son of Ole Miss coach Mike Bianco, who was a catcher at LSU in 1988-89 and an LSU assistant coach from 1993-97 … Catcher Braden Doughty and INF Cade Doughty are the sons of Richard Doughty, who played catcher at LSU in 1989, and RHP Chase Costello is the son of Vincent Costello, an outfielder at LSU in 1984-85.

ABOUT THE HOOSIERS
• Indiana posted a 37-23 overall record last season and won the Big Ten regular season championship … IU participated in the 2019 NCAA Louisville Regional, posting a 1-2 mark … the Hoosiers have been picked to finish fifth in the league in the 2020 Big Ten coaches preseason poll.
• Junior Cole Barr, junior Elijah Dunham and junior Tommy Sommer have been named to the Big Ten Preseason Honors List.
• Barr earned Second-Team All-Big Ten and Second-Team ABCA All-Mideast Region honors in 2019 after batting .255 on the season with a team-high 17 home runs … Dunham was a Third-Team All-Big Ten honoree last season after batting a team-best .310 with 12 doubles, eight home runs, 29 RBI and 44 runs scored in just 43 games.
• Sommer, the Game 1 starting pitcher Friday night versus LSU, made 16 appearances on the season for the Hoosiers in 2019 with five starts, posting a record of 4-3 with an ERA of 3.40 .. the Academic All-Big Ten honoree struck out 47 batters in 45 innings pitched, limiting opponents to a batting average of just .214.