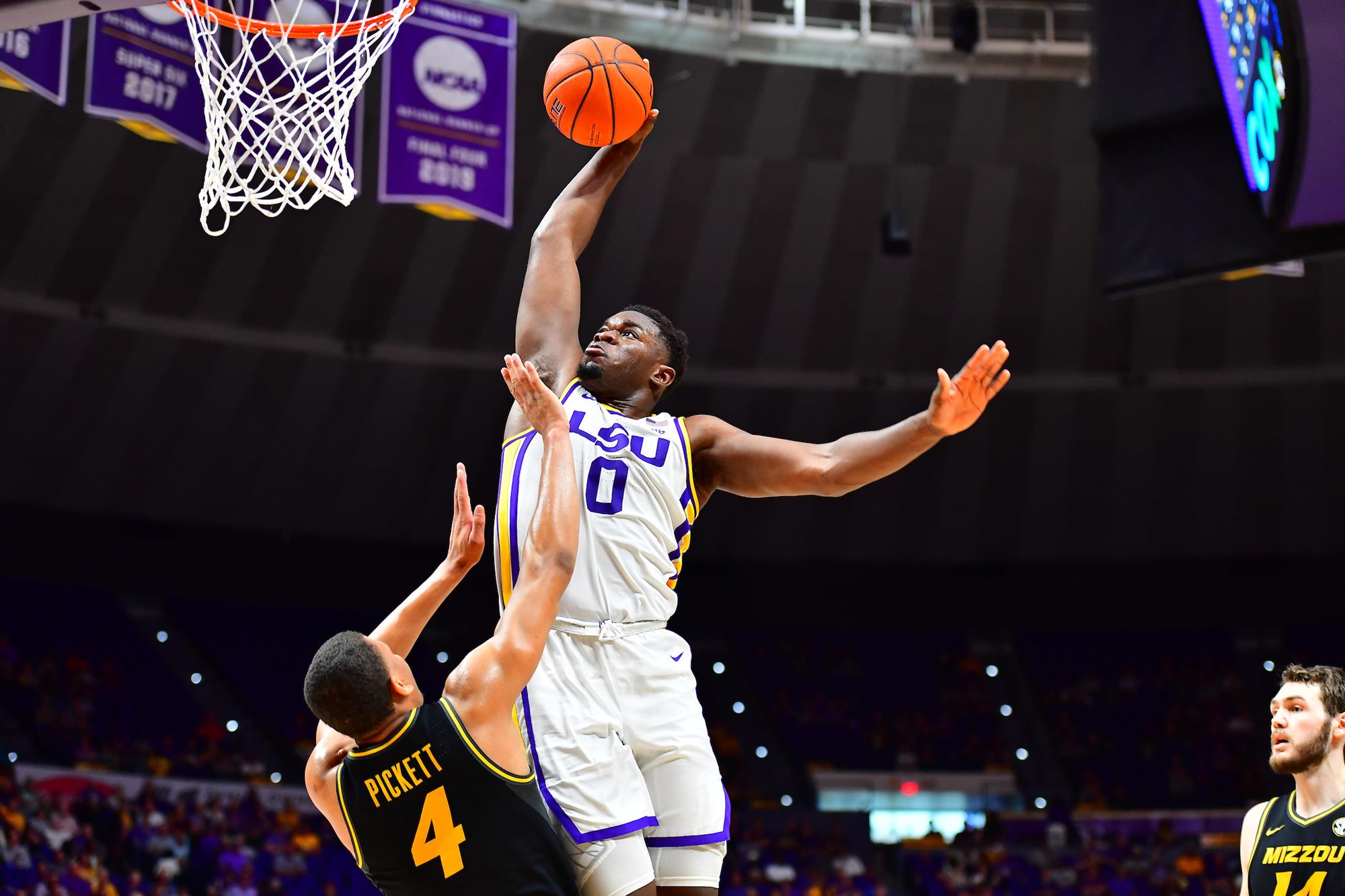 Darius Days got to a ball most players wouldn’t. Then, he made a shot most players couldn’t. In the end, his team won a game many teams shouldn’t.

On the back of back-to-back defeats, LSU trailed Missouri for 32:46 on Tuesday night in Baton Rouge, and until the final five minutes of play, they led for a meager 22 seconds.

But Days delivered in crunch time, giving LSU a 72-69 lead with 4:44 left on a three-pointer and securing the 82-78 win with a hustle play typical of his game.

With the Tigers up 76-73 and less than 30 seconds left, Days scampered to pick up a loose ball on the left baseline. From 12 feet out and with the shot clock ticking down, he hoisted a baby hook – the dreaded two-point jumper, basketball’s most inefficient shot.

Days defies the laws of efficiency, though, and like most two-pointers he takes, this one fell. The sophomore forward clapped his hands, flexed his muscles, and told the crowd what they already knew: “I called game.”

After the game, Days was slightly more self-effacing.

“That was nothing but a prayer that went in,” Days said. “But it went in.”

Prayer or not – Days does lead the SEC and ranks second nationally in two-point shooting, hitting 73.5% of his attempts inside the arc – the make was an answer to LSU’s prayers after a difficult week in the SEC. Will Wade‘s squad entered Tuesday’s tangle of Tigers after two straight defeats, and for much of the night – 32 minutes and 46 seconds, to be exact – a third seemed possible.

Days played perhaps the biggest part in that, finishing with 20 points and 10 rebounds. Plagued by foul trouble in many of the Tigers’ games this season, he picked up just three on the night, playing 24 minutes and finishing a game-high plus-16 in that span.

In the first half, Days helped dig LSU out of an 11-point hole with a poster dunk at the 8:35 mark. With his team down 11, Days slipped a screen and took a Skylar Mays pass above a Mizzou defender, above the rim, and through the net for two and the foul.

In the second half, he fouled just once and dominated in 13 minutes, scoring 11 points and grabbing seven rebounds, none more important than the retrieve and heave that iced the affair with 25.4 seconds to play. He followed that up with two free throws – he was a perfect 9-of-9 at the line, where LSU outscored Missouri 29 to 7 – and added two blocks and a steal on the night.

After scoring 19 points in the loss at Auburn, Days is finding ways to consistently impact basketball games.

LSU’s balanced lineup shone around Days, too. SEC Player of the Year candidate Skylar Mays, fresh off a 30-point night at Auburn, scored 23 points on 7-of-11 shooting in 39 minutes. His trademark euro step in transition with 1:51 to go set the stage for Days’ heroics.

So, too, did Javonte Smart’s second half surge. The sophomore point guard picked his spots to perfection against Missouri, scoring 9 of LSU’s 11 points during a two-and-a-half minute stretch that saw the hosts turn an eight-point deficit into a three-point lead on Days’ 4:44 triple.

The dagger by Darius Days! pic.twitter.com/Fw45Bc5TAr

“He gave us a spark and we loaded up,” Days said of Smart. “We talked about it, and he just told us to keep going. Skylar and Javonte are our leaders and we’re going to follow them to the end. Nothing crazy about it. Follow them, do what we’re supposed to do, and win the game.”

Smart and Mays may be the leaders, but Days did plenty of leading Tuesday night. No prayers necessary for the sophomore forward. Just a rare combination of extra effort and extreme efficiency.