Johnson Named SEC Freshman of the Week for Third Time 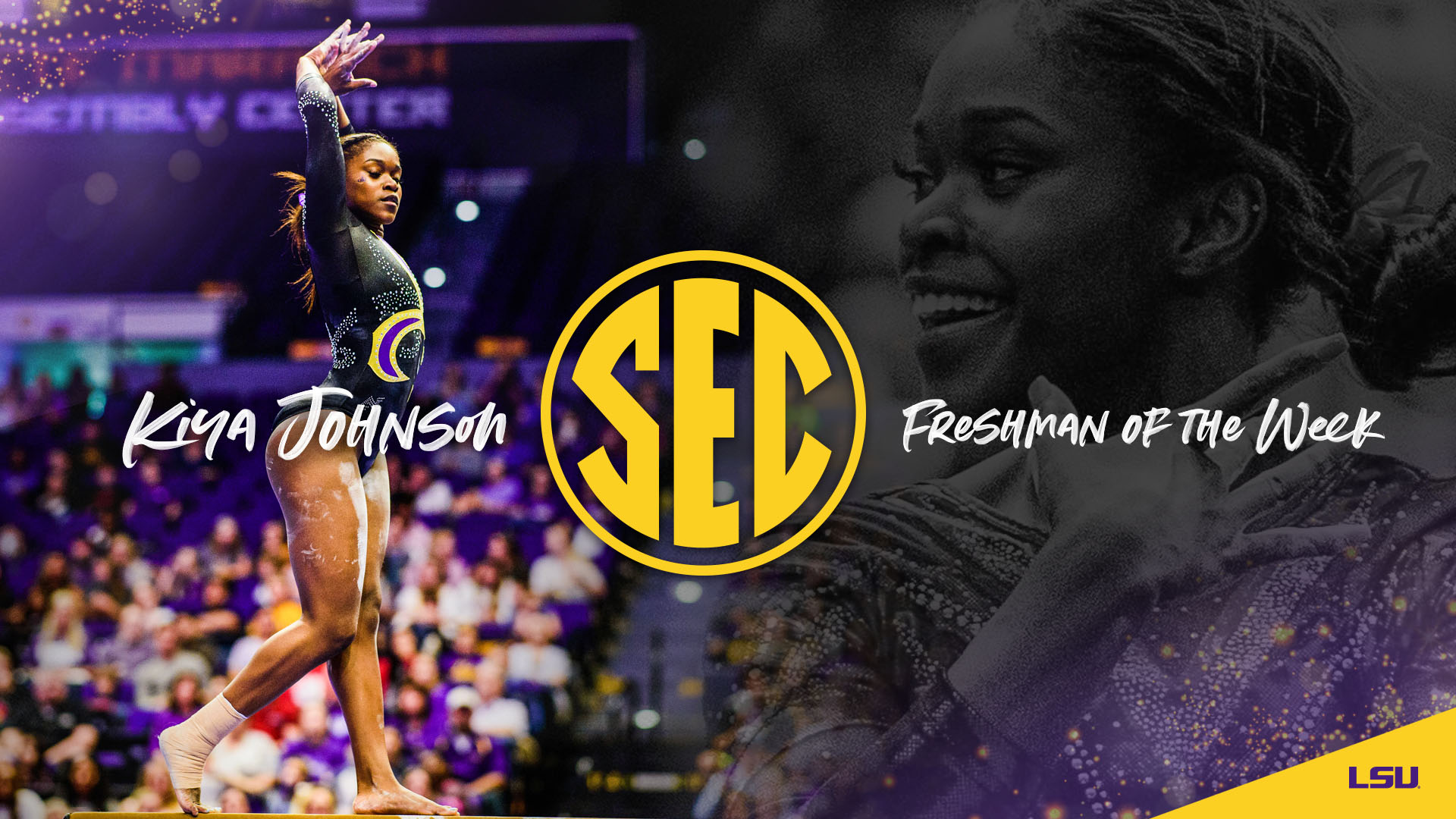 BATON ROUGE – LSU gymnast Kiya Johnson has been named the SEC Freshman of the Week for the third-straight week, the league office announced Tuesday.

Johnson picked up three more wins to lead the Tigers to wins over No. 22 Oregon State and Arizona State. The Dallas, Texas, native won the all-around title with a 39.575 and the vault and bars titles with a score of 9.90. Overall, Johnson has won 15 titles this season with four in the all-around four on vault, four on floor, two on beam and one on bars.

Overall, Johnson ranks second on floor and vault and sixth in the all-around in the nation.

The ninth-ranked Tigers and Johnson will compete in two meets this weekend beginning at 6:30 p.m. CT Friday at the GymQuarters Invitational. The squad will return home to face No. 12 Kentucky at 2:15 p.m. CT Sudnay in the Maravich Center.