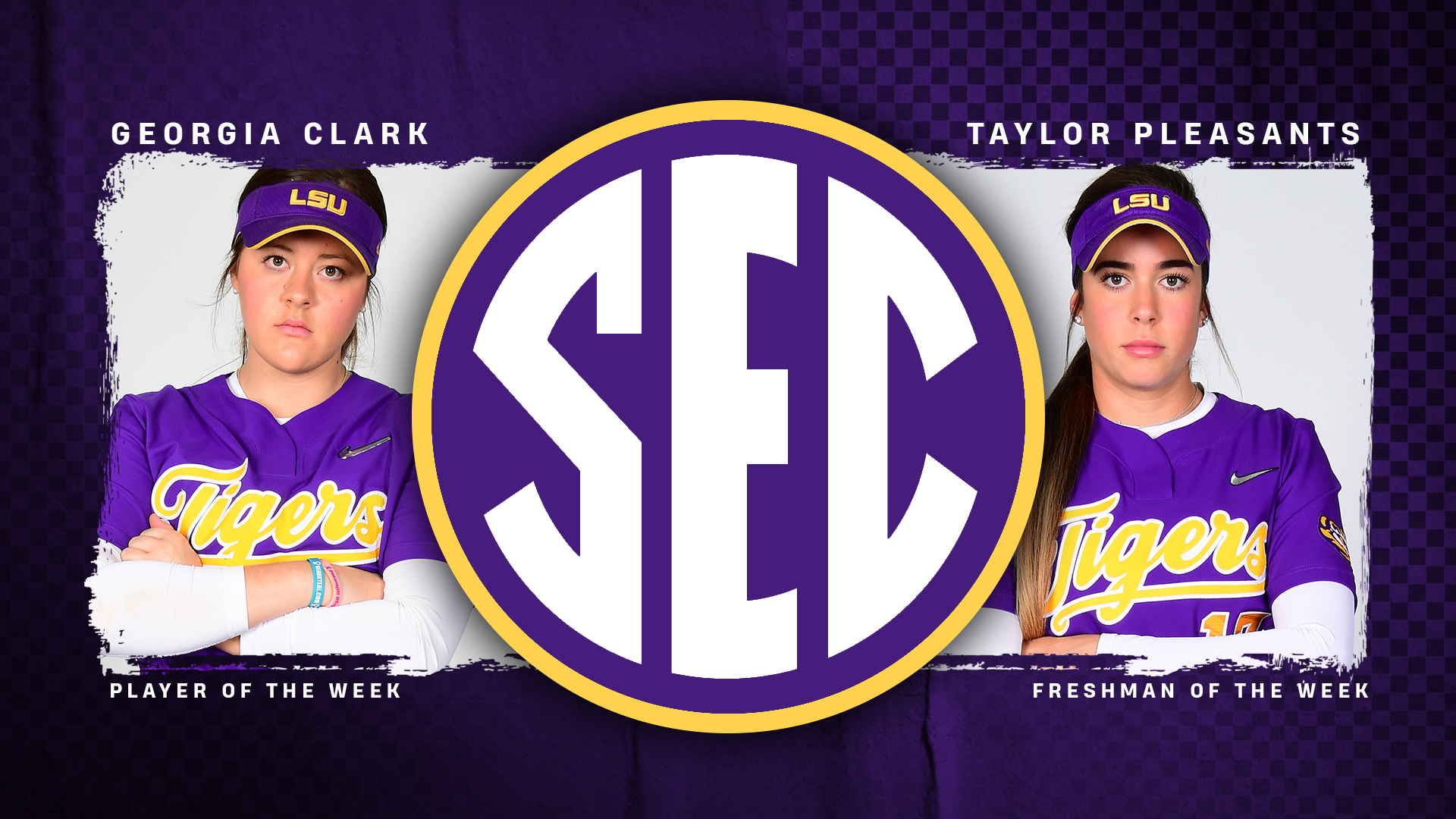 Clark had a big performance over the weekend, helping the Tigers to a 5-0 weekend, including two top 15 wins over No. 13 Oklahoma St. She hit .667 for the weekend with four hits, three runs scored, two home runs, five RBI and eight walks. She recorded a 1.667 slugging percentage and a .857 on-base percentage.

The first DINGER of 2020! @georgia_clark5 goes deep to center with a 79 mph exit speed, her first home run of her career! #TakeTheLead pic.twitter.com/4pvSMAzdIA

The Houston, Texas native hit her first career home run against Central Arkansas in the season opener on Thursday. She would hit her second against Florida A&M on Saturday. Clark recorded the game-winning RBI against No. 13 Oklahoma State on Friday evening. She tallied eight walks on the weekend, including getting walked all three times in the five-inning run-rule Florida A&M.

Pleasants first weekend as a Tiger couldn’t have gone any better as she led the entire SEC in batting average over the weekend at .692. She finished with a 1.077 slugging percentage and a .765 on-base percentage. She was 9-for-13 with two doubles, a home run, five runs scored, four RBI and four walks.

She recorded a hit in every game of the weekend, including her first career home run to walk-off No. 13 Oklahoma State, 3-2, on Saturday. In that game, she went 3-for-3 with a run scored, an RBI, a home run and walk. She went 3-for-3 again on Sunday in the run-rule of Florida A&M with two runs scored, three RBI and a walk.

Freshman Taylor Pleasants WALKS IT OFF against No. 13 Oklahoma State!

The Houston, Texas native did not strike out on the weekend. In her second career at-bat, she recorded her first career hit, a hard-hit double to start the 4th inning against Central Arkansas. On the defensive side of the ball, Pleasants had a diving catch on a line drive in the third inning against Florida A&M.

The Tigers went 5-0 to start the 2020 season with two top 15 wins over No. 13 Oklahoma State and two-five-inning run-rules of Florida A&M. The Tigers picked up a combined no-hitter against Florida A&M on Sunday, the first combined no hitter with three pitchers in program history.

This weekend, the Tigers host the LSU Invitational, facing Samford on Friday at 6 p.m. LSU will travel to No. 10 ULL on Saturday for a 4 p.m. start and return home on Sunday to face North Dakota at 12:30 p.m. and No. 10 ULL at 3 p.m. All games in Tiger Park will stream live on SEC Network+ and live stats will be available.