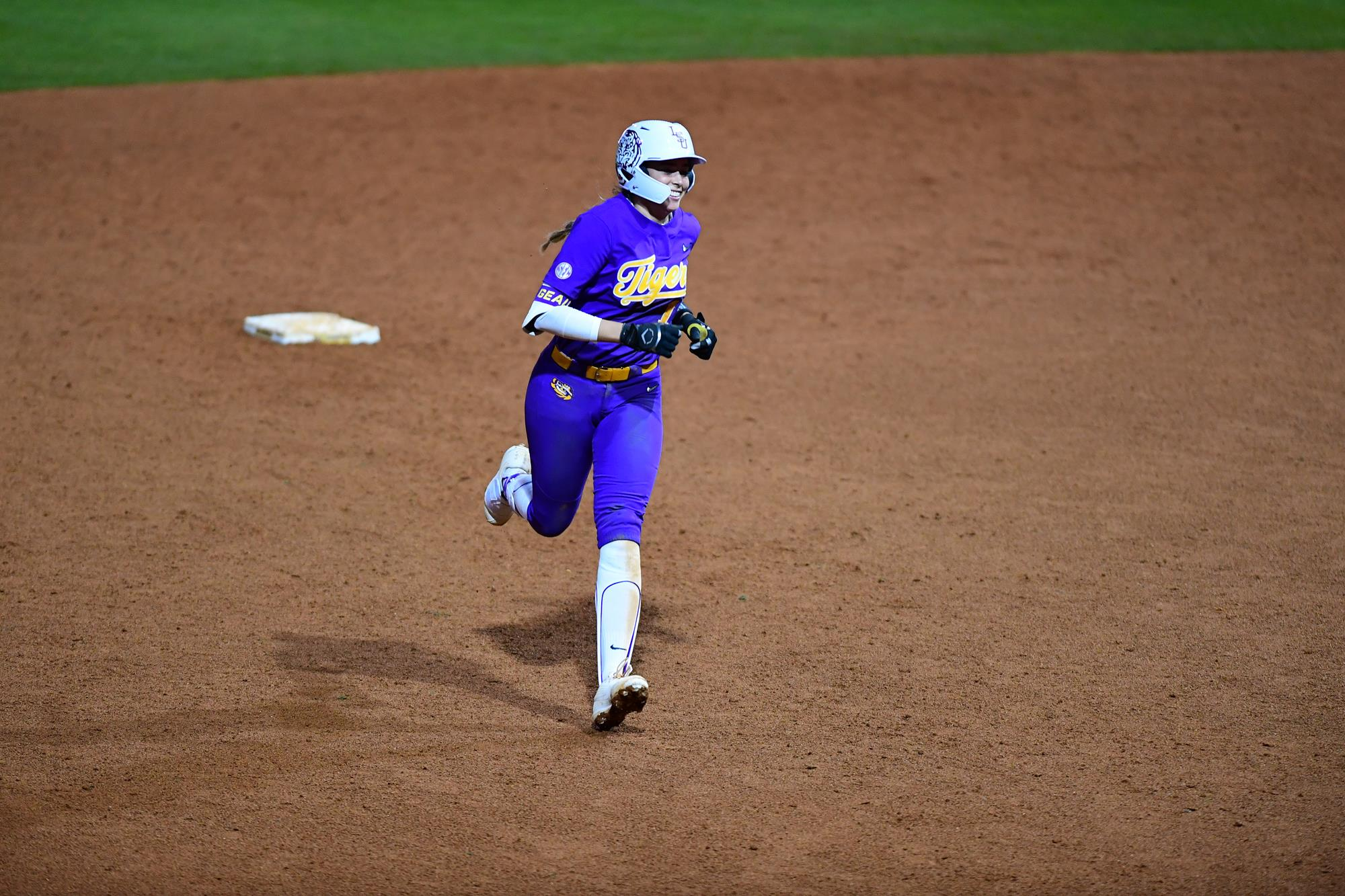 Freshman Taylor Pleasants WALKS IT OFF against No. 13 Oklahoma State!

In the bottom of the seventh inning with one out, freshman Taylor Pleasants launched her first career walk-off home run over the left-center wall to give the Tigers the 3-2 win.

Just like the time before, it was a battle all game long. Senior Maribeth Gorsuch got things started in the circle for the Tigers tallying four strikeouts through the first two innings.

Oklahoma State got on the board first in the third inning off an RBI single, but the Tigers responded in the next inning. The bases were loaded with two outs as Shelbi Sunseri was hit by a pitch that walked in the tying run.

After two scoreless innings, Oklahoma State took a ball over the left field wall, but again the Tigers were there to answer in the bottom of the sixth. Gorsuch built momentum as she closed out the inning out with her sixth strikeout of the day.

Sophomore Taylor Tidwell got things going in the sixth with a walked with two outs to put a runner on first. Freshman Ciara Briggs came through with a huge double to right-center to knock in Tidwell from first evening the score.

Gorsuch earned the win in the circle improving to 1-0 on the season. She allowed two runs and recorded seven strikeouts. Oklahoma State’s Kelly Maxwell took the loss for the Cowgirls moving her to 1-1 on the season, she allowed one earned run in 0.2 innings of work.

Torina’s Thoughts
On the overall thoughts from the game…

“Well, they’re a really quality team, so I think, you know it’s a big win against a good program. I think two evenly matched teams, so you’re going to see it come down to the wire all the time with a team like that. I loved our team’s fight, you know I think we’re talented, I think we’re showing a lot of things, but of course the fight we showed is the thing I’m the most proud of. It’s going to be the most valuable thing moving down the road.”

On her pitching staff…

“I’m really proud of them. I think they’ve done great job. I think they’ve kept us in every ballgame. I think Marybeth (Gorsuch) was awesome for us. I thought the first inning of the day was probably the best inning she’s pitched in the time she’s been at LSU. I just thought she was spectacular today. Sunseri did exactly what we needed her to do in Game 1. Just always goes out; she’s our workhorse. She does a job, she’s so consistent in a world where it’s impossible to be consistent.

“I wondered a little bit too. We went down, we hadn’t been in that sport before, so I wondered what our response would be, so it’s really, really nice to see that their response is to fight back and answer back. A couple moments where we went down, you know we gave up the homerun and Marybeth (Gorsuch) answered back with a strikeout. You love seeing that. We give up the homerun, we come back and score; you love seeing those things from your team.”

Pleasants’ Thoughts
On her first college homerun being a walk off…

“That was actually my first walk off ever so for it to be my first college home run ever it is rally insane.

On what was going through her mind during the at-bat…

“We were told whenever (Maxwell) went in that she had a lot of up-spin and the other night I did not hit that well so I was expecting up and then anything down I would attack. I was told by Coach (Howard) Dobson that she has a change-up so I wanted to stay through that as well. That ended up being the pitch I hit.”

The Tigers close out the 2020 Tiger Classic Tournament Sunday at 1 p.m. against Florida A&M. The game will stream live on SEC Network+ and WatchESPN.