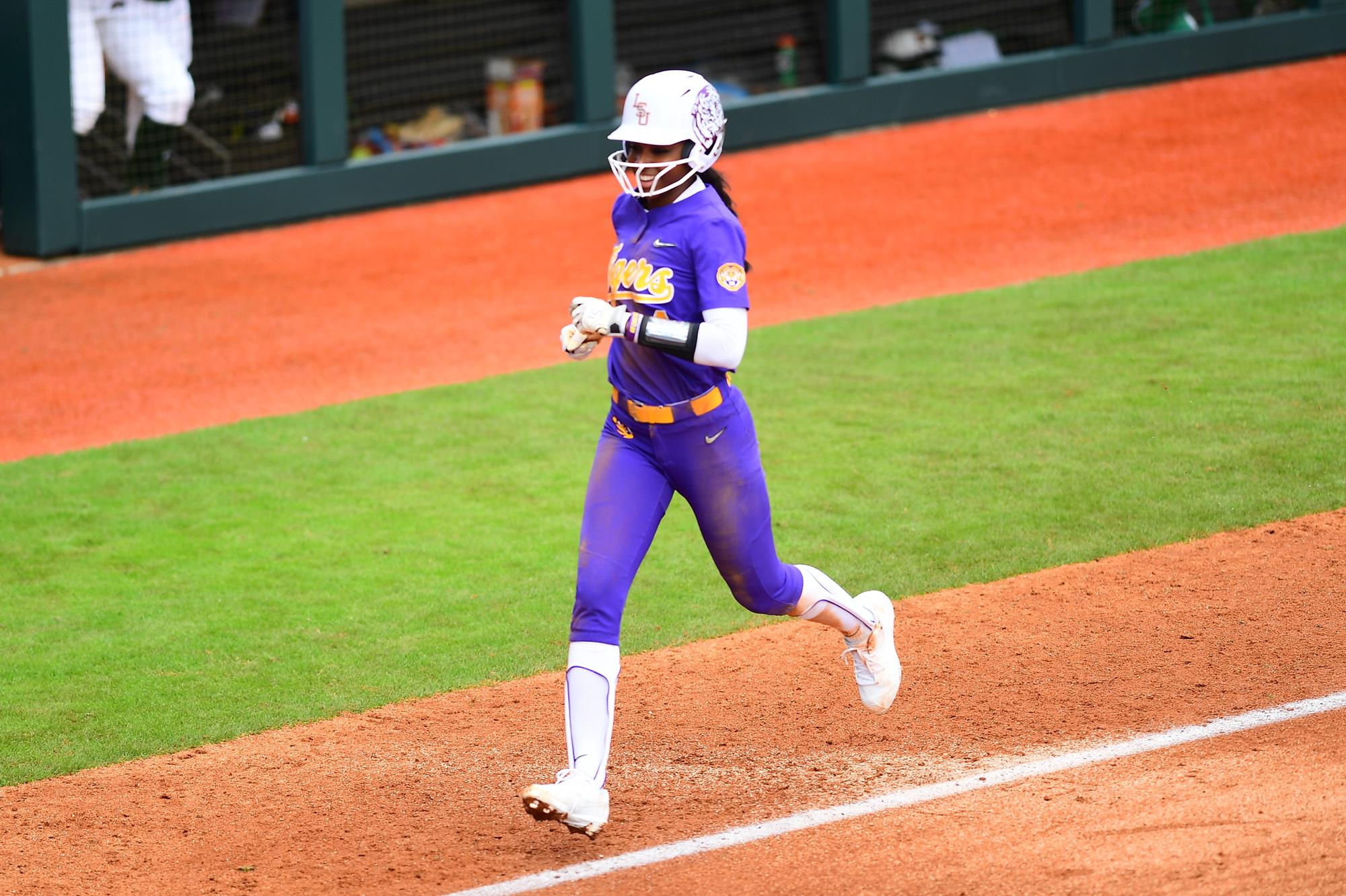 BATON ROUGE – The No. 11 LSU softball team shut out Florida A&M 8-0 in five innings in their second game of the Tiger Classic.

The Tigers’ defense came out strong and retired the 10 straight batters. Shelbi Sunseri dealt in the circle, tallying four strikeouts through that stretch.

Aliyah Andrews got things started for the Tigers with a leadoff walk, then stole second to put a runner in scoring position. Andrews advanced on a sacrifice fly from Sunseri to put a runner on the corner with two outs. Georgia Clark blasted her second homerun of the season on a 3-0 pitch to put the Tigers on the board first 2-0.

Taylor Pleasants grabbed a leadoff walk in the bottom of the inning, and Raeleen Gutierrez recorded an infield single that put runners on first and second. Andrews added another walk to load the bases for the Tigers. Savannah Stewart walked which plated Pleasants from third, giving the Tigers a 3-0 lead.

The Lady Rattlers threatened in the top of the fourth as they loaded the bases with two outs, but quick defense got the Tigers out of the inning.

In the bottom half of the inning, Taylor Tidwell walked to lead off and Ciara Briggs laid down a bunt to advance the runner. There was an error on the throw and Tidwell scored from first and Briggs also scored to make the score 5-0, LSU.

Sunseri earned the win in the circle improving to 2-0 on the season. She allowed no runs and recorded five strikeouts. Florida A&M’s Nadia Zenteno took the loss for the Lady Rattlers allowing six earned runs and two unearned runs.

The Tigers take on Oklahoma State again this weekend at 4 p.m. to continue play in the Tiger Classic. They finish up the weekend Sunday matching up against Florida A&M at 1 p.m. These games will stream live on SEC Network+ and WatchESPN.