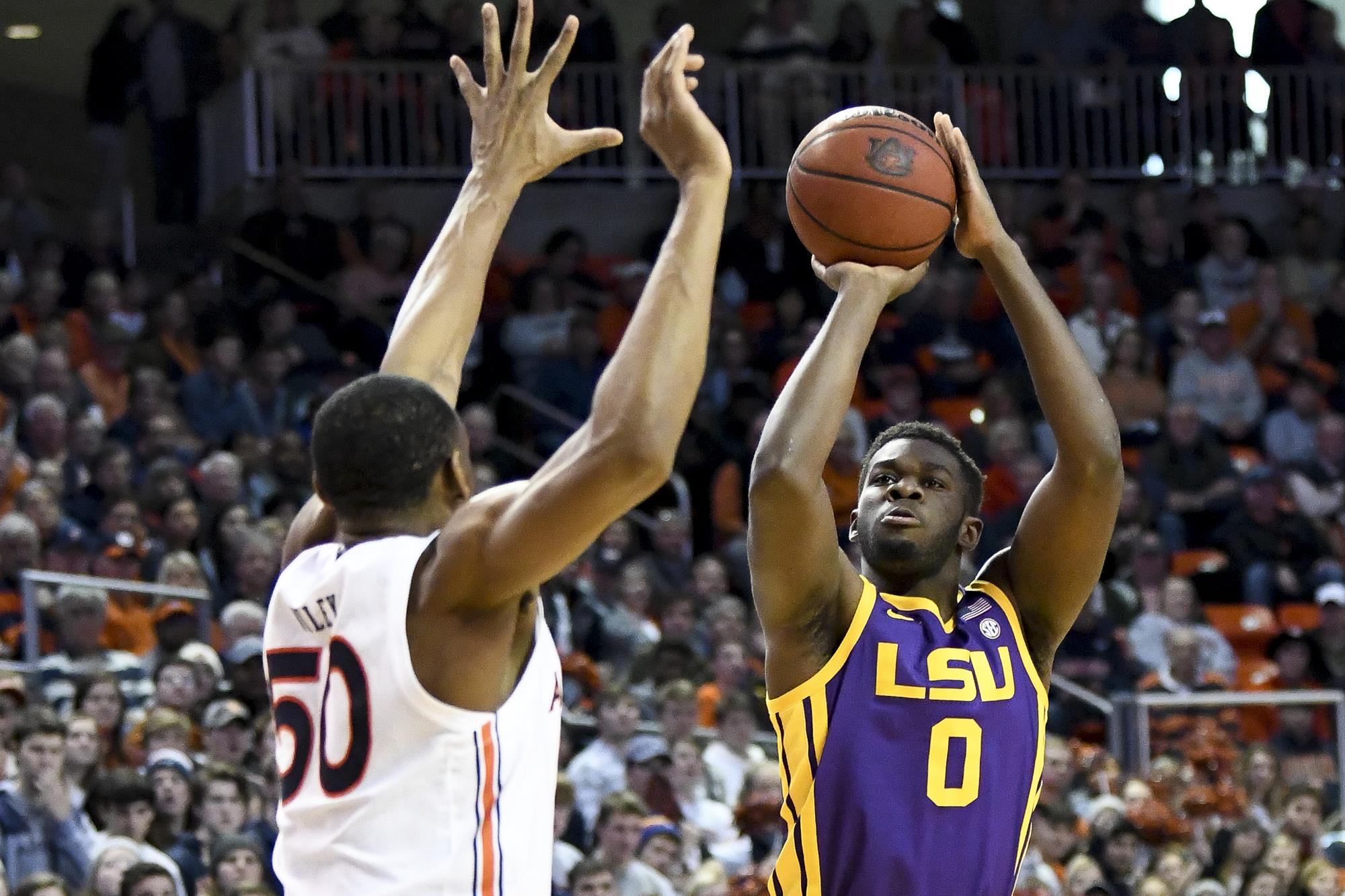 AUBURN, Alabama – J’Von McCormick’s short floater in the lane dropped through with 0.1 remaining in overtime to give No. 11 Auburn a 91-90 win over No. 18 LSU Saturday at the Auburn arena.

The Tigers are now 17-6 on the season, 8-2 in the league tied with both Auburn and Kentucky. The Wildcats defeated Tennessee on Saturday as well.

McCormick’s bucket erased a comeback for the LSU Tigers in overtime with Auburn up by seven with 1:51 to play.

LSU fouled Samir Doughty who made just one free throw of two to make it 89-86 with 37 seconds. Mays drove the lane and scored to make the game 89-88 with 16 seconds to play. Out of an LSU timeout, the Tigers’ Mays was able to get a steal in the backcourt and got the ball to Emmitt Williams for a dunk that gave LSU a 90-89 lead with 9.0 remaining on the clock.

LSU took its final timeout before Auburn’s final possession and McCormick took the ball and drove in for the winning shot.

Mays led LSU with a strong performance scoring 30 points with seven rebounds, eight assists and three steals in 42 minutes. Mays was 8-of-16 from the field with four treys and 10-of-10 from the free throw line.

All five starters were in double figures for LSU with Darius Days getting 19 points with three treys, Trendon Watford and Smart 12 each and Emmitt Williams 11. Days and Marlon Taylor also had seven rebounds to pace LSU.

LSU shot 50 percent for the first half with seven treys in building a 42-30 advantage. The Tigers held Auburn to just 10-of-33 from the floor with five treys.

Overall, Auburn had a 46-36 rebound advantage and 17-8 on the offensive boards. Both teams had 10 second chance points and LSU had a 38-20 lead in points in the paint. LSU committed just eight turnovers in the game.

LSU returns home for a Tuesday night 8 p.m. game against Missouri at the Pete Maravich Assembly Center. Tickets are available at LSUTix.net.