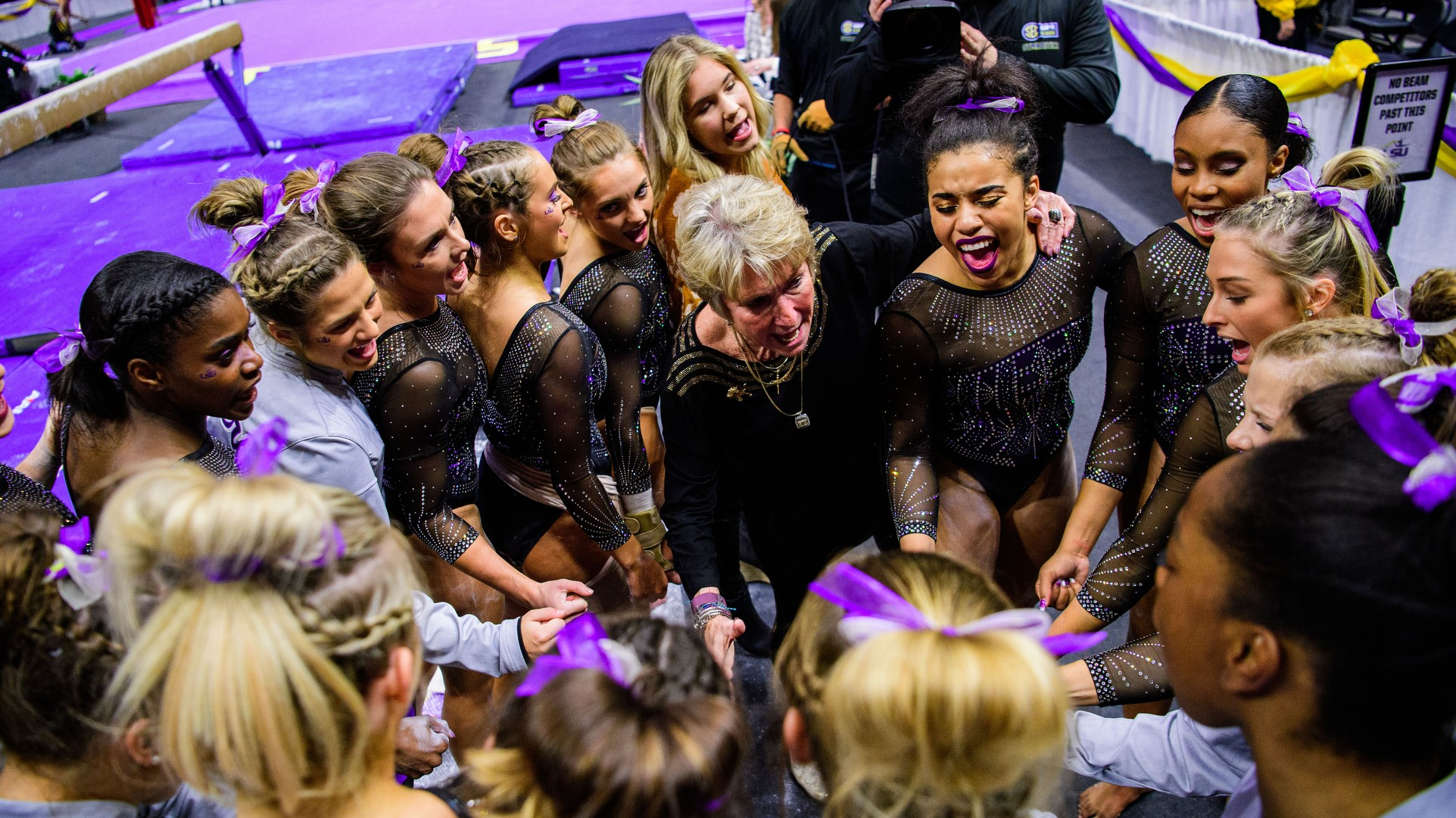 CORVALLIS, Ore. – The ninth-ranked LSU gymnastics team defeated No. 22 Oregon State and Arizona State with a team score of 196.800 for a pair of victories Saturday afternoon at Gill Coliseum.

Freshman Kiya Johnson continued her season as the top freshman in the nation. Johnson won another all-around title with a score of 39.575.

“I thought we handled this meet and had great focus today,” D-D Breaux said. “We had 24 routines and I am encouraged about today and the depth we built. There were some strong events in what was similar to a regional meet. This prepared us mentally, physically and emotionally for a meets down the road.”

Beam Lineup Starts Meet Strong
Johnson led the beam lineup with a 9.875 in the fifth spot of the lineup. Junior Christina Desiderio opened the meet with a 9.85 and she was followed by Bridget Dean who earned a 9.825. Kennedi Edney and Reagan Campbell sandwiched Johnson’s performance with scores of 9.85.

Johnson, Edney Lead Floor Lineup
Johnson and Edney wrapped the Tigers’ floor scores of 49.275 with a 9.90. Senior Ruby Harrold opened the rotation with a 9.85. Dean and Campbell also earned scores of 9.80 and 9.825 respectively.

Another Win for the Freshman
The LSU vault lineup, still missing two key pieces, scored a 48.900 in the third rotation. Johnson led the way with a 9.90 for the victory. Freshman Kai Rivers opened with a 9.75, Maddie Rau set a career high with a 9.775 and Durante scored a 9.725 in the first vault of her collegiate career. Freshman Lexie Nibbs also scored a career high on the event with a 9.75.

Bars Closes the Meet Strong
The bars lineup closes the meet with a 49.375. Rivers and Johnson secured the victory on the event with scores of 9.90 in the first and third spot. Freshman Alyona Shchennikova scored a career high 9.85. Harrold anchored the meet with a 9.85 and the Tigers also used a 9.875 from Durante on the final rotation of the meet.

Next Up
LSU will compete in its traditional double weekend in February beginning in St. Charles, Missouri, on Friday at the GymQuarters Invitational. The Tigers will take on Missouri, Iowa State and Lindenwood. The squad will then return home on Sunday to take on Kentucky at 2:30 p.m. in the Maravich Center.