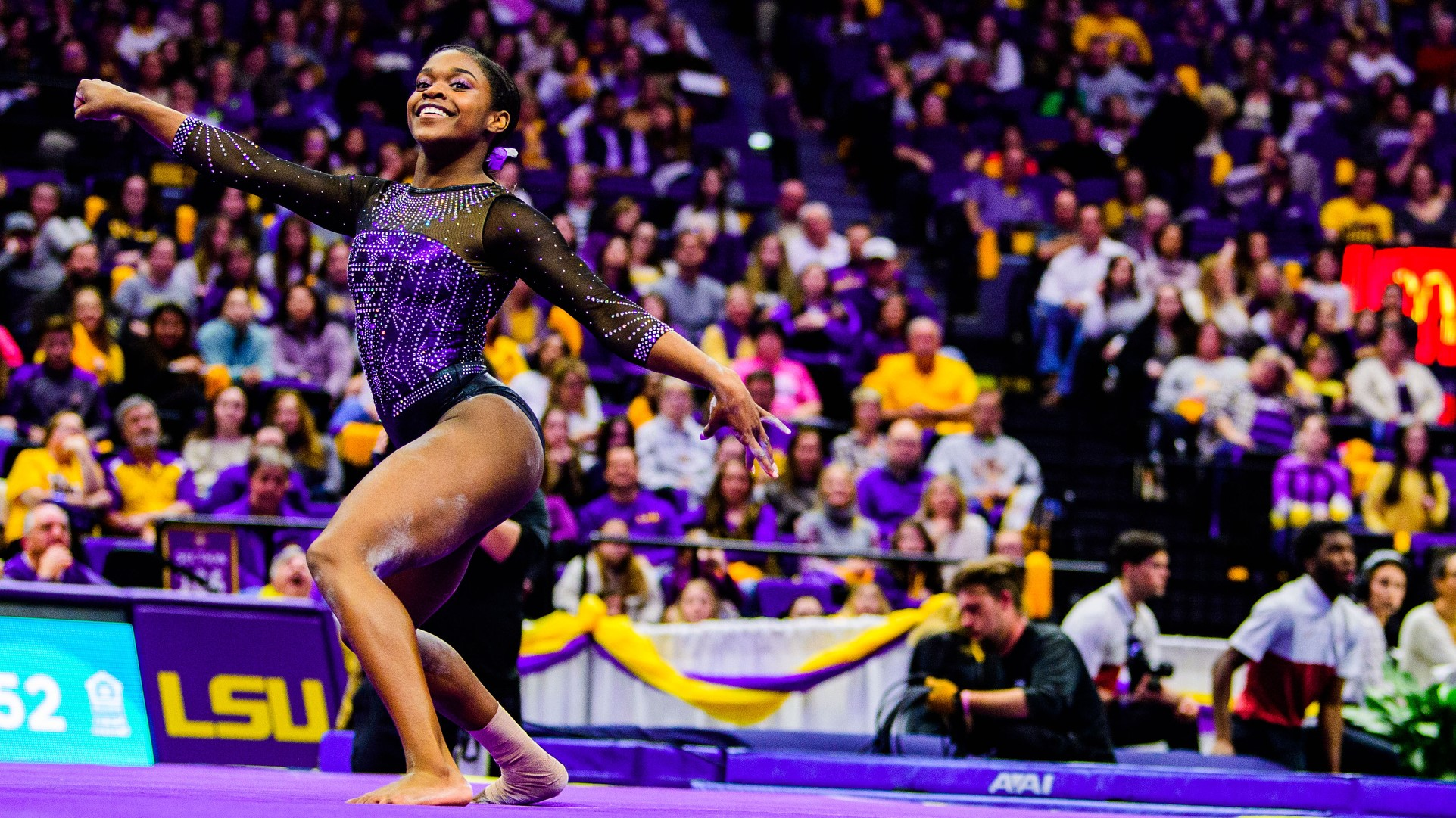 CORVALLIS, Oregon – The ninth-ranked LSU gymnastics team will take on No. 22 Oregon State and Arizona State for a rare pacific northwest trip at 1:30 p.m. CT Saturday at Gil Coliseum.

The meet will be streamed live and for free on Pac-12.com and the Pac-12 Plus Facebook page. LSU will start on beam Saturday followed by floor and vault. The Tigers will close the meet on bars.

Last Time Out?The Tigers fell to No. 7 Alabama, 196.775-196.425. LSU freshman Kiya Johnson won vault, floor and the all-around with an outstanding performance in the Maravich Center. More than 12,600 Tiger fans packed the PMAC for another top-10 crowd.

Johnson Takes Another SEC Freshman of the Week Honor
The SEC office named Johnson the freshman after securing the all-around win with a 39.600, vault with a career high 9.95 and floor by matching her career high with a 9.975. Johnson also set a new career high on bars with a 9.875 to finish second on the event.

The Tigers are 12-9 all-time against Arizona State. The last meeting came in the second round of the 2019 NCAA Baton Rouge Regional. The Tigers took the top spot in the regional round with a score of 197.200.