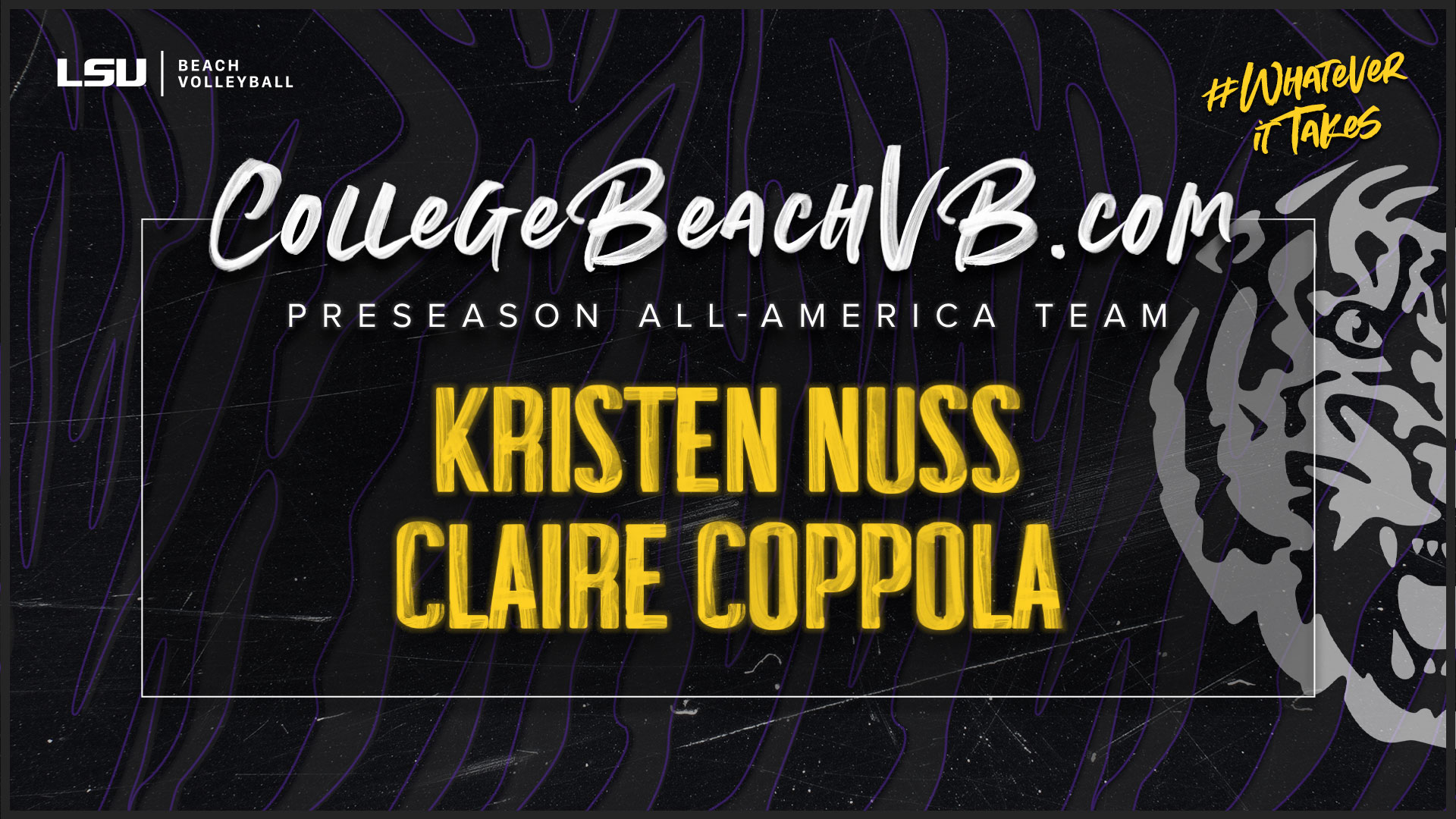 BATON ROUGE –Claire Coppola and Kristen Nuss picked up their second preseason All-America honor on Friday, this time from collegebeachvb.com.

The senior duo has helped take the LSU Beach program to national prominence, leading the Tigers to appearances at the NCAA Championships in each of the past three seasons. LSU made its best run at the tournament last season when it made it to the NCAA semi-finals and finished as the No. 3 team in the country.

LSU was ranked the preseason No. 2 team in the nation by DiG Magazine on January 13, a program-best ranking, and No. 3 by collegebeachvb.com earlier in the week. The AVCA preseason poll has not yet been released.

Coppola and Nuss are the two-time defending CCSA Pair of the Year and, competing in every collegiate match together, have gone 91-19 in their first three seasons. After bouncing between Court 1 and 2 for the first part of their freshman season in 2017, Coppola and Nuss took a firm grip on the top court on April 1, 2017 and have not looked back since.

On April 7, 2019, Coppola and Nuss swept their match on Court 1 against Houston Baptist to win their 81st match together, breaking Katie Lindelow’s record of 80 individual wins in Purple and Gold. Heading into their senior seasons, Coppola and Nuss have 91 individual and pair wins and will look to become the first players in LSU history to reach the 100-win mark.

The 2020 season is right around the corner. LSU will host its annual Purple vs. Gold Scrimmage Saturday, February 15 at 10 a.m. CT at LSU Beach Volleyball Stadium. The Tigers will head to Honolulu, Hawaii the following weekend for their first competition of the year in the Duke Kahanamoku Beach Classic.

On February 29-March 1, LSU will host the Tiger Beach Challenge for its earliest home event in program history. The defending national champions preseason No. 1 UCLA Bruins will make their first appearance of all-time to LSU Beach Volleyball Stadium on February 29.