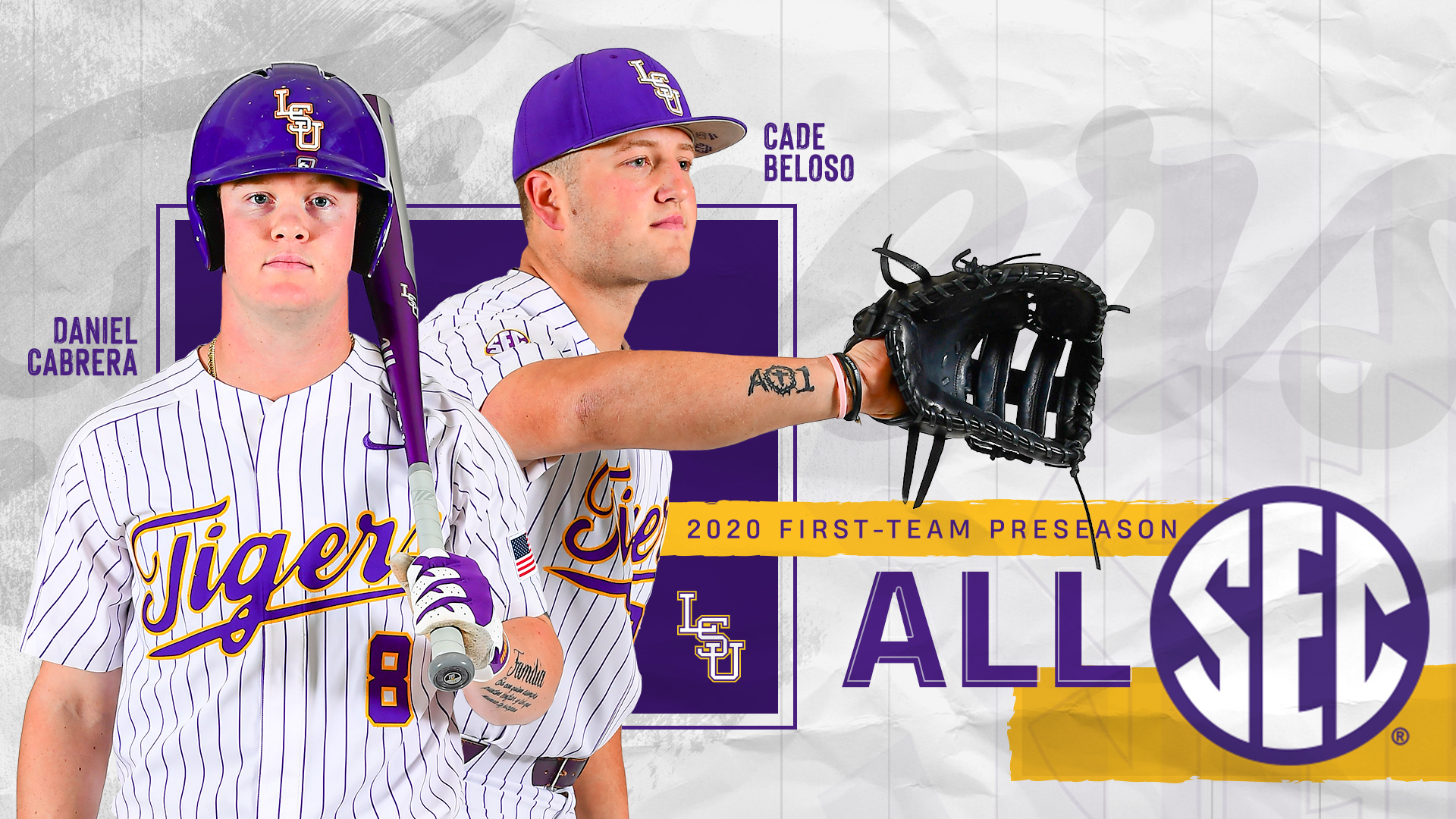 The coaches also released their 2020 SEC predicted order of finish, and they selected LSU to place third in the Western Division.

He was named to the NCAA Baton Rouge Regional All-Tournament team after hitting .375 (3-for-8) with one homer and three RBI. He was also 5-for-15 (.333) in the SEC Tournament with four RBI.

Beloso had two-homer games last season against Ole Miss and California, and he launched a three-run, walk-off homer in the bottom of the ninth inning to lift LSU to a 6-5 win over Army.

*Tie (ties are not broken)