Tigers Fall on the Road to Vanderbilt, 99-90 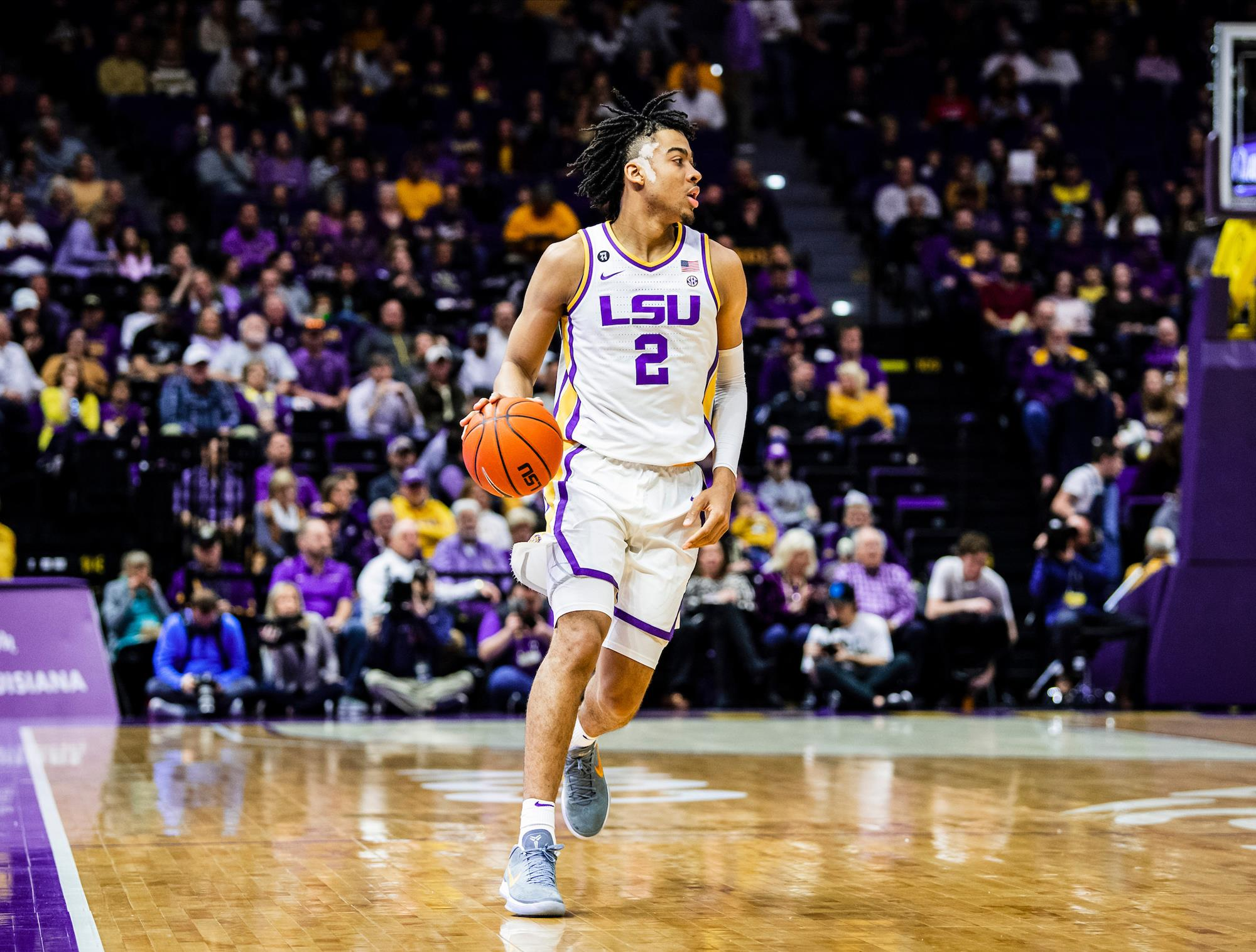 NASHVILLE, Tennessee – Torrid shooting by Vanderbilt kept LSU at bay and fighting from behind for much of the game as the Commodores upset the No. 18 Tigers, 99-90, Wednesday night at Memorial Gymnasium.

The loss was the first for the Tigers in Southeastern Conference play this season as LSU fell to 17-5 and 8-1. LSU still has a one-game lead over Auburn and Kentucky entering play on Saturday. Vanderbilt breaks a long losing streak in the league and is now 9-13 overall and 1-8 in the SEC,

The game was played at a breakneck pace throughout as Vanderbilt hit 8 first-half three-pointers and 58 percent overall to get out in front of the Tigers by as much as 13 points, 50-37, with 1:51 to go in the first half. LSU was able to get back a bit before halftime, outscoring Vandy, 10-2, to close the margin to five, 52-47, at the intermission.

Four times in the first 10 minutes of the second half LSU was able to cut the lead to one or two points, but the Commodores would always seem to have an answer. Down six, 80-74, with 7:52 to play, the Tigers went on their best run of the game of nine points.

Darius Days made a layup and a free throw to cut the margin in half. Vandy missed a shot and on the other end Trendon Watford scored to make the Vandy lead only 80-79 with 7:10 to play. Vandy missed another shot and this time Skylar Mays drove and scored to give LSU the lead, 81-80. He was fouled and converted the free throw to push LSU up, 82-80.

Watford led LSU with a career-high 26 points on 8-of-13 shooting with a trey and 9-of-10 at the line. He also finished with nine rebounds. Emmitt Williams had 24 points and 11 rebounds, making 7-of-14 from the field and 10-of-12 at the line. Javonte Smart and Skylar Mays each had 15 points.

LSU out rebounded Vanderbilt, 38-30, with a 12-5 advantage on the offensive boards. LSU had a 15-6 advantage in second chance points.

The Tigers will have a short time to turn things around before heading to Auburn on Saturday for an 11 a.m. game on ESPN.