Fans Can Vote For Mays online at SeniorCLASSaward.com 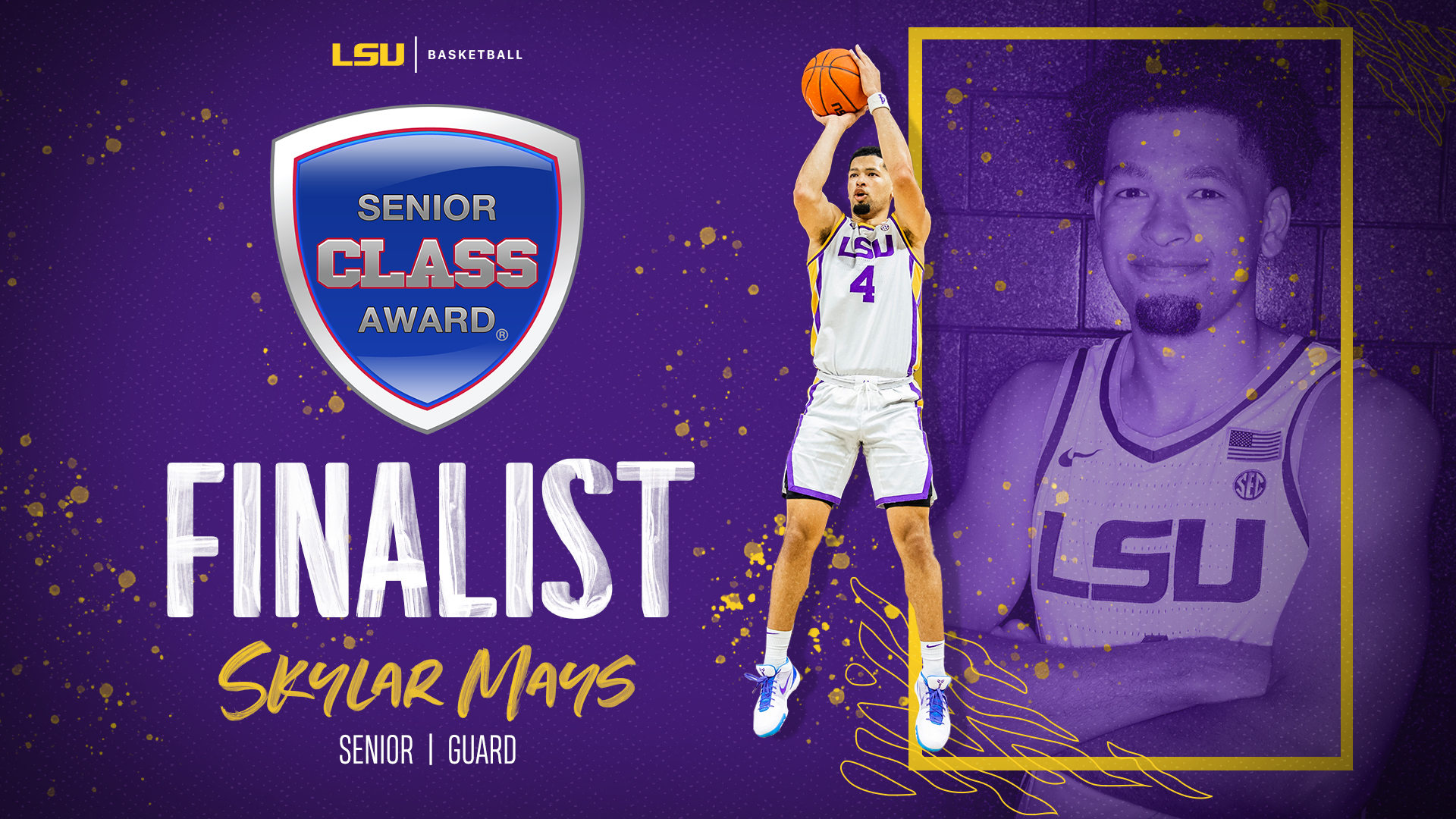 BATON ROUGE – LSU guard Skylar Mays received another kudo on Wednesday as he was named one of the 10 men’s finalists for the 2019-20 Senior CLASS Award.

To be eligible for the award, student-athletes must be classified as NCAA Division I seniors and have notable achievements in four areas of excellence: community, classroom, character and competition.

An acronym for “Celebrating Loyalty and Achievement for Staying in School®,” the Senior CLASS Award focuses on the total student-athlete and encourages students to use their athletic platforms to make a positive impact as leaders in their communities.

The finalists were chosen by national media from the list of 30 men’s candidates announced earlier in the season. Nationwide fan voting begins immediately to help select the winner, and fans are encouraged to submit votes online at the Senior CLASS Award website through March 23. Fan votes will be combined with those of the media and Division I head coaches to determine the winners. The Senior CLASS Award recipients will be announced during the 2020 NCAA Men’s Final Four® and NCAA Women’s Final Four®.

Mays, from Baton Rouge, has been a part of the LSU program for four years primarily as a starter at both point and shooting guard. Tuesday he was named one of the 10 remaining on the watch list for the Jerry West shooting guard award.

For more information on each of the finalists, visit seniorCLASSaward.com.

ABOUT THE AWARD
An acronym for Celebrating Loyalty and Achievement for Staying in School, the Senior CLASS Award honors the attributes of senior student-athletes in four areas: community, classroom, character and competition. The award program is designed exclusively for college seniors who are utilizing their complete athletic eligibility, remaining committed to their university and pursuing the many rewards a senior season can bring. Kansas City-based Premier Sports Management manages the award.