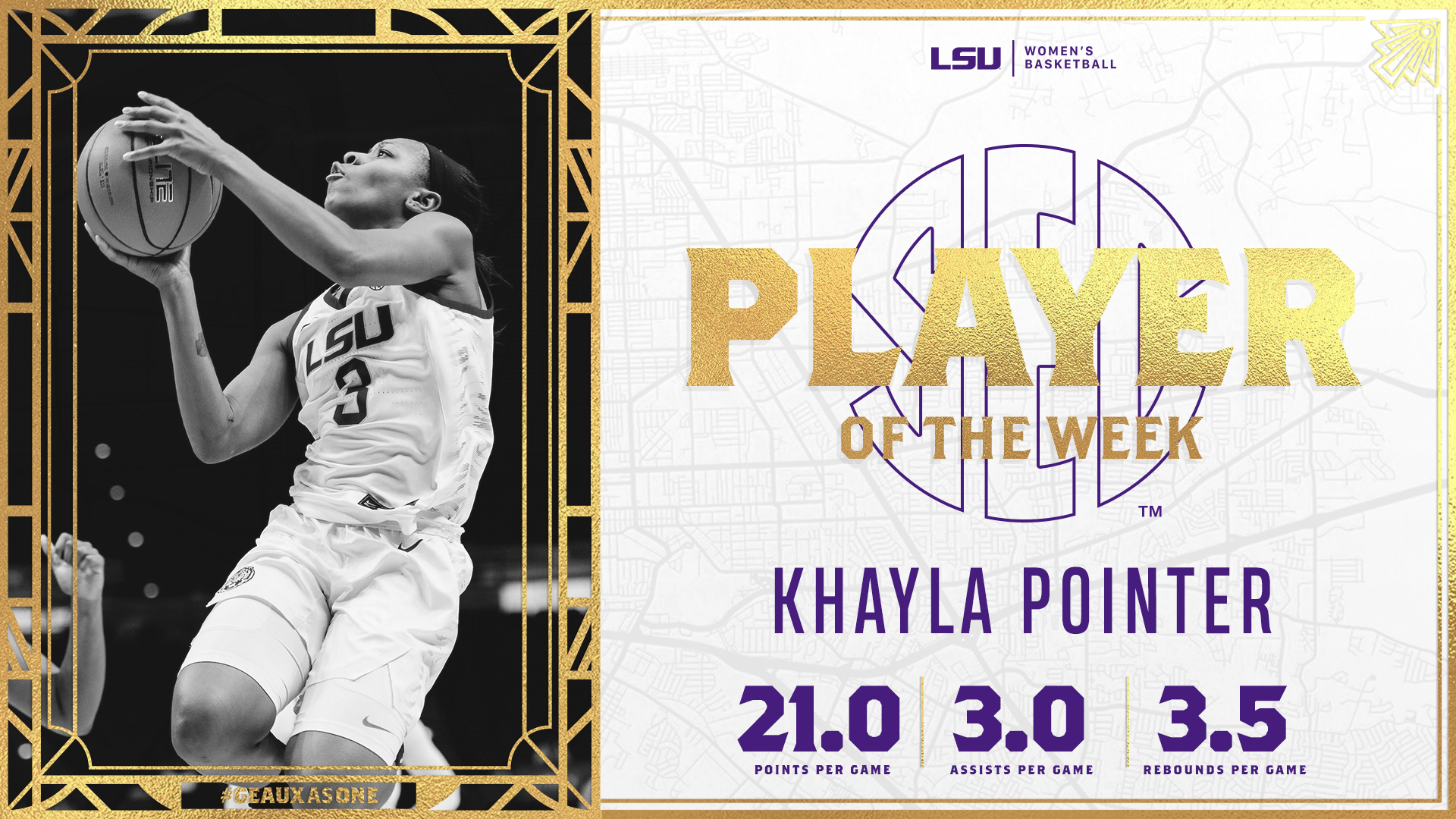 In a 77-68 win at Florida on January 30, Pointer scored 24 points, her sixth game of the season with 20 or more points scored. She shot 50 percent from the field, including 2-of-3 from beyond the arc. She also grabbed five rebounds and two steals to go along with four assists.

In the 59-58 home victory against then-No. 15 Texas A&M on February 2, the Marietta, Georgia native was the top scorer along with Faustine Aifuwa with 18 points each. Pointer shot 46.7 percent from the field and was 3-of-5 from three-point range. She also grabbed two rebounds and one steal and dished out two assists. Pointer also had two key blocked shots to stop Aggie drives late in the game and scored nine points in the fourth quarter. Also during the game, she recorded her 800th career point in beginning of the fourth quarter with a three-pointer to tie the game at 49-49.

This is the first time since the 2016-17 season that LSU has earned the league’s weekly honor. Pointer is the second player to earn the state-wide honor this season, following Ayana Mitchell on January 23.

LSU has a midweek bye this week and returns to action on Monday, February 10 for Pack the PMAC against Missouri at 6 p.m. CT. Monday’s game will be broadcast on the SEC Network.