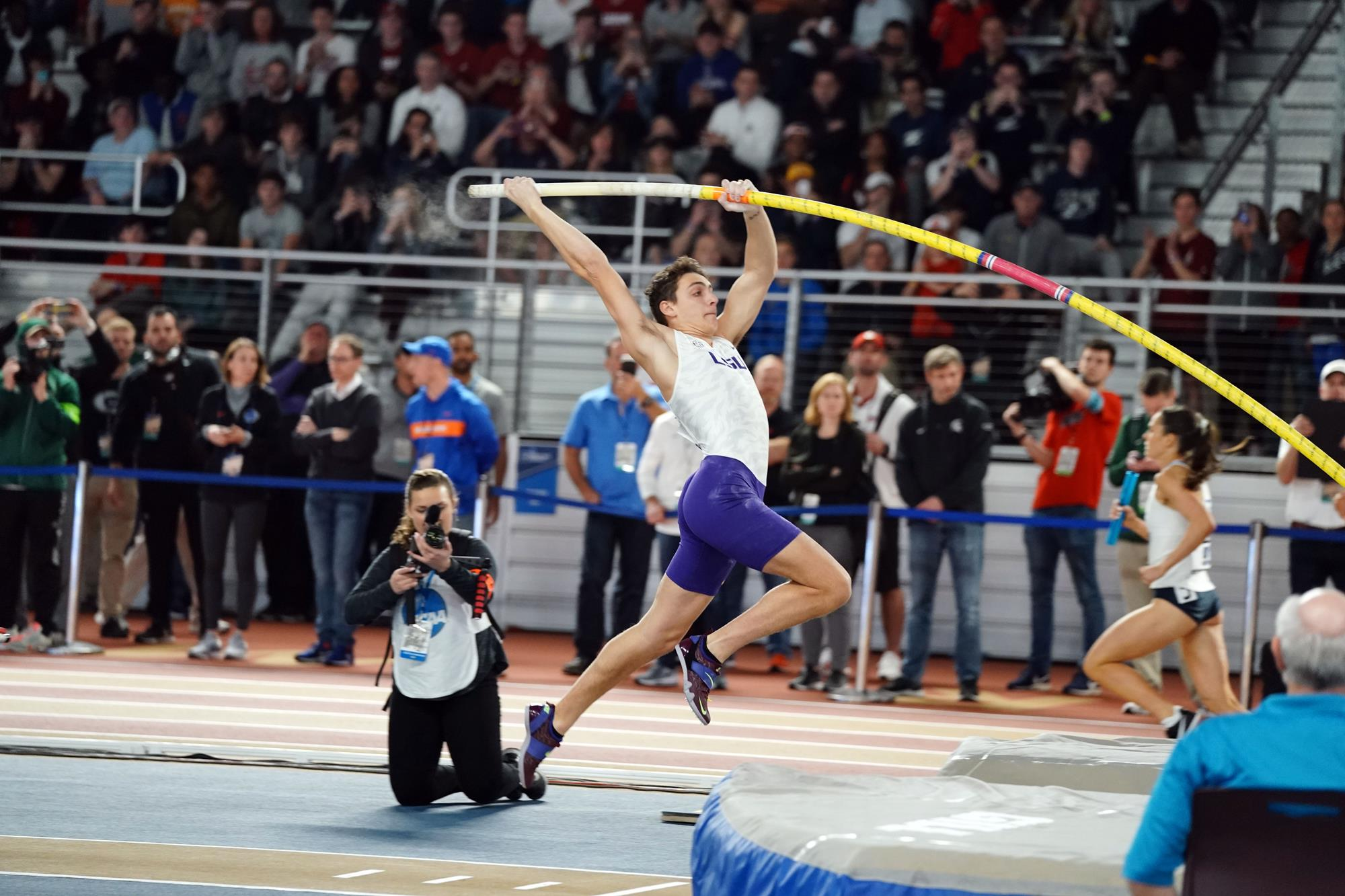 Baton Rouge, LA. – Mondo Duplantis opened his 2020 campaign up with a win on the World Athletics Indoor Tour in Dusseldorf, Germany on Tuesday. Mondo won the event with a personal best indoor clearance of 6.00 meters (19′ 8.25″) to become the youngest man in world history to clear 6.00 meters indoors. Mondo also took three attempts at what would have been a world record height of 6.17 meters (20′ 2.75″), but was unable to clear that bar.

“It almost brought a tear to my eye ’cause you’re looking at it and you think this is it, this is the world record,” Duplantis said in an interview with World Athletics after the meet. “My whole life I wanted to be the world record holder. I didn’t make it of course, but just to be attempting it is a cool moment.”

The 6.00 meter clearance is a world lead, Swedish indoor record, a Dusseldorf meeting record and it is tied for sixth on the all-time indoor list. The bigger story though was the three attempts, specifically the second, that he took at what would have been the world record of 6.17 meters. On attempt No. 2 at the world record height, Mondo maneuvered his body over the bar and had looked to clear it only to have his right forearm graze the bar and bring it down with him. The performance caught the eye of Frenchman and current world record holder Renaud Lavillenie, who owns the world record with a career best of 6.16 meters (20′ 2.50″). Lavillenie tweeted, “Have to be ready soon for it I guess.” He also added a hashtag of #givememoretimeplease.

Mondo was a 2x SEC champion, 2019 NCAA indoor champion, and set both the indoor and outdoor collegiate records during his only collegiate season with LSU in 2019.