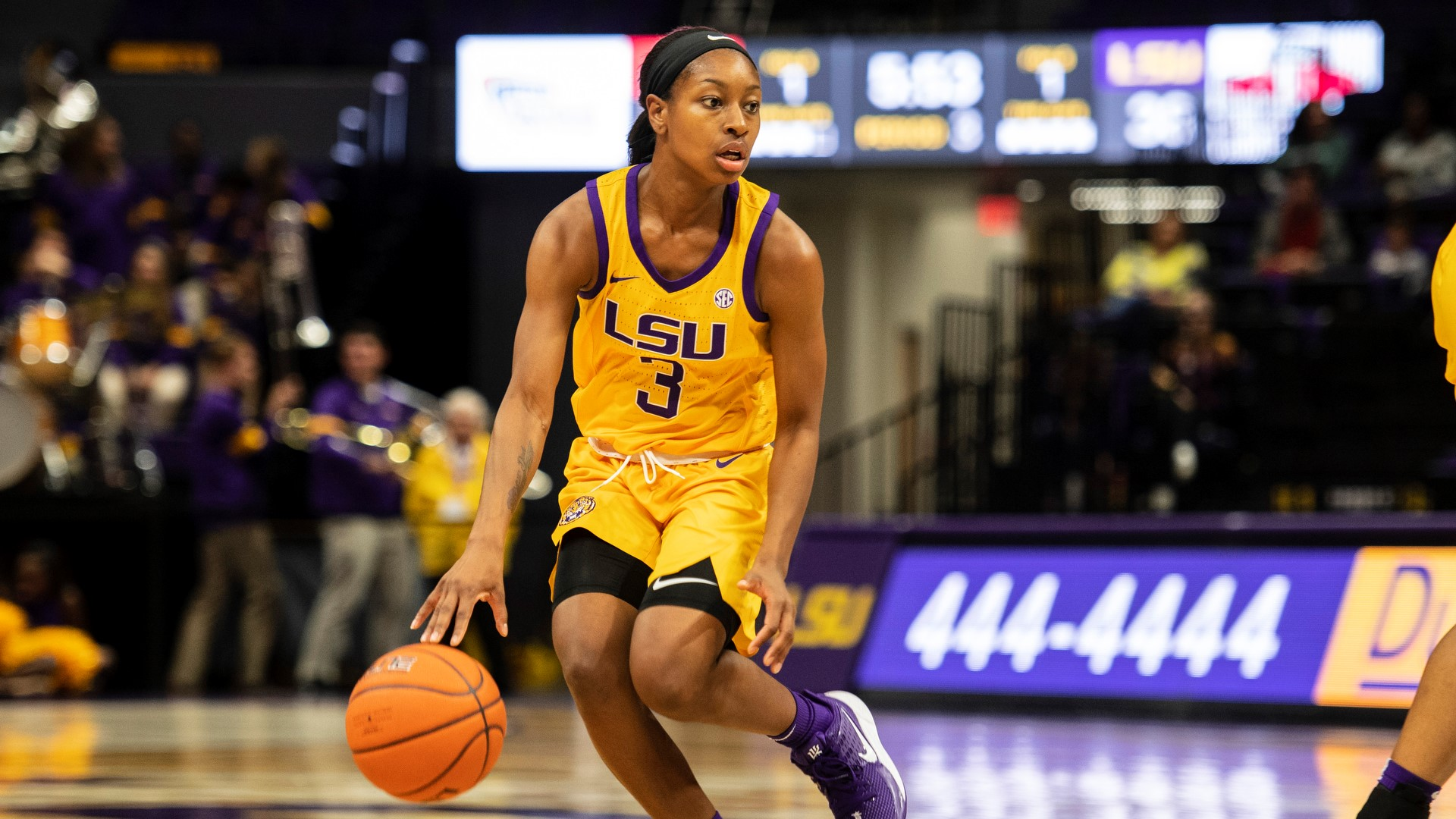 BATON ROUGE – The LSU women’s basketball team returns to the friendly confines of the Pete Maravich Assembly Center for a three-game homestand to start the second half of SEC play. The Tigers host No. 15 Texas A&M at 2 p.m. CT on Sunday, February 2. Sunday is the first of three return games against A&M, Missouri and Tennessee.

LSU is 15-5 overall and 5-3 in SEC play, while the Aggies are 18-3 overall and 6-2 in conference action. The Tigers got out of College Station with a 57-54 win over Texas A&M on January 9, 2020. LSU has the potential to pull off the regular season sweep of Texas A&M since the Aggies joined the SEC. The teams are permanent partners and have played each other twice every season since 2012-13. LSU has yet to get the season sweep in the series. The overall series is tied at 14-14, while LSU holds an 8-4 lead in Baton Rouge.

Sunday’s game will be broadcast on the SEC Network and is available on the ESPN app with Tiffany Greene and Steffi Sorensen calling the action. Fans can also listen to Patrick Wright call the game on the LSU Sports Radio Network. Wright is in his 30th season as the “Voice of the Lady Tigers” and is joined on home broadcasts by Jeff Palermo. Fans can listen on 107.3 FM and audio broadcasts are available online at LSUSports.net/live. Live stats will be available at LSUsports.net.

Sunday is also LSU’s celebration of National Girls and Women in Sports Day. Prior to the game, fans are invited to hear from several LSU female administrators about their journeys while working in intercollegiate athletics. The panel begins at 12:30 p.m. in the Legends Club. To RSVP for the panel, fans can click HERE. Fans must have a game ticket to attend the panel.

LSU, currently receiving votes in the Associated Press and USA Today/WBCA Coaches Polls, beat Florida on the road on Thursday, 77-68. Junior Khayla Pointer led the way with 24 points, while redshirt junior Faustine Aifuwa grabbed 11 rebounds. Senior Jaelyn Richard-Harris pumped in 14 points, including a perfect 4-4 from three-point range. Juniors Jailin Cherry and Awa Trasi each contributed 10 points to the cause.

Redshirt senior Ayana Mitchell was under the weather on Thursday and had a rare low shooting night. She continues to be strong shooting from the field with her overall percentage ranking second in the nation at 68.7 percent. The NCAA single season field goal percentage record is 72.4 percent by Myndee Kay Larsen of Southern Utah in 1997-98.

Mitchell made a quick trip home on January 24 to be inducted into the Salem High School Athletic Hall of Fame Class of 2020. The previous Friday, Mitchell was named a Top 30 candidate for the 2019-20 Senior CLASS Award, the only player in the SEC on the list.

Pointer leads the squad from the point with 15.0 points and 4.5 assists per game. She has the best free throw shooting percentage on the squad at 71.1 and the most steals with 49.

Aifuwa is having a solid season in the paint for LSU. Aifuwa is third on the team with 9.4 points per game. She is sporting a 49.1 field goal percentage to go along with 7.6 rebounds per game and 31 blocked shots.

LSU continues its solid play on defense, having held opponents to 50 points or under five times and 13 opponents at 60 or under so far this season and winning the battle of the boards in 17 games played. The Tigers are 11th in the nation in free throw attempts with 452 and 52nd in the nation in scoring defense, only giving up 57.9 points per game.

Bench play continues to be a strength as the season has progressed. The LSU bench has outscored opponents 384-283 over the first 20 games of the season.

Texas A&M is tied for fourth place in the SEC going into Sunday’s game. The Aggies have gotten a taste of life without Chennedy Carter over the past couple of games since the junior guard left the last meeting against LSU with an ankle injury. Outside of Carter’s 20.6 points per game, Ciera Johnson and Kayla Wells are leading the team with 13.5 and 13.1 points per game, respectively, while N’dea Jones is averaging 11.2 points and 10.9 rebounds per game.

Head coach Gary Blair has been the head coach of the Aggies since 2003 and earned his 800th collegiate coaching win earlier in the season.

The Tigers get their second midweek bye of the season on Thursday and return to the PMAC on Monday, February 10 to face Missouri for Pack the PMAC Night. Fans can purchase tickets for all games at LSUtix.net.