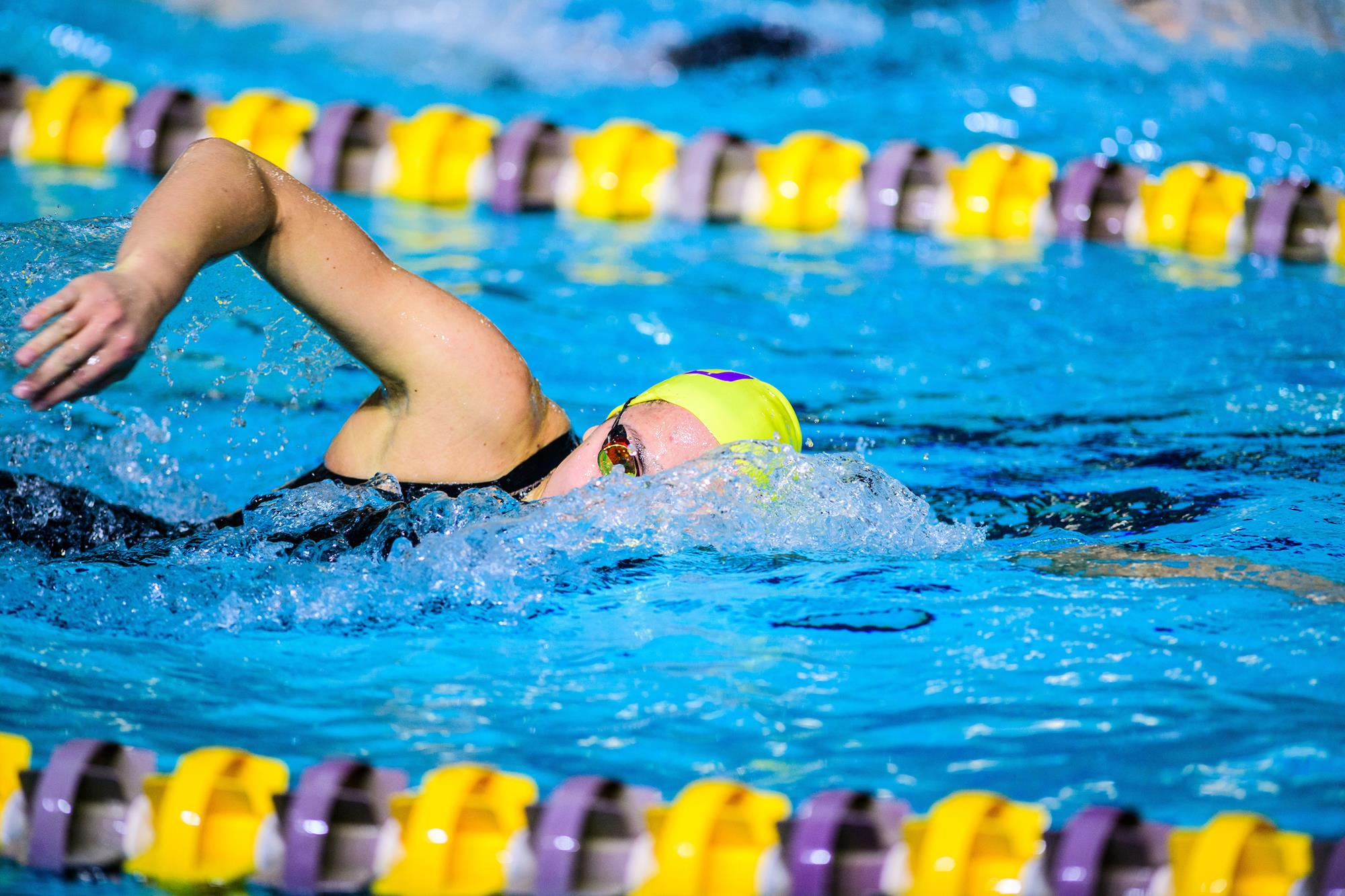 HOUSTON –  The LSU Women’s Swim and Dive Team competed in time trials, a day after defeating Houston and Rice by final scores of 211.50-87.50 and 202.00-89.00. The Tigers will be back in action February 7 through February 9 as they will hit the road and head to Alabama to take part in the Auburn Invitational.

The 200-Yard Free Relay team of Milutinovich, Taylor, Helen Grossman, and Kucsan touched the wall first in the first event of the day with a time of 1:31.00.

Aimee Wilson made it three wins on the weekend after winning the platform for the first time this season with a score of 258.75. Wilson won both the one and three-meter springboards on Friday night. Hayley Montague dove to a score of 251.55, which is a new career-high, to finish in second place.