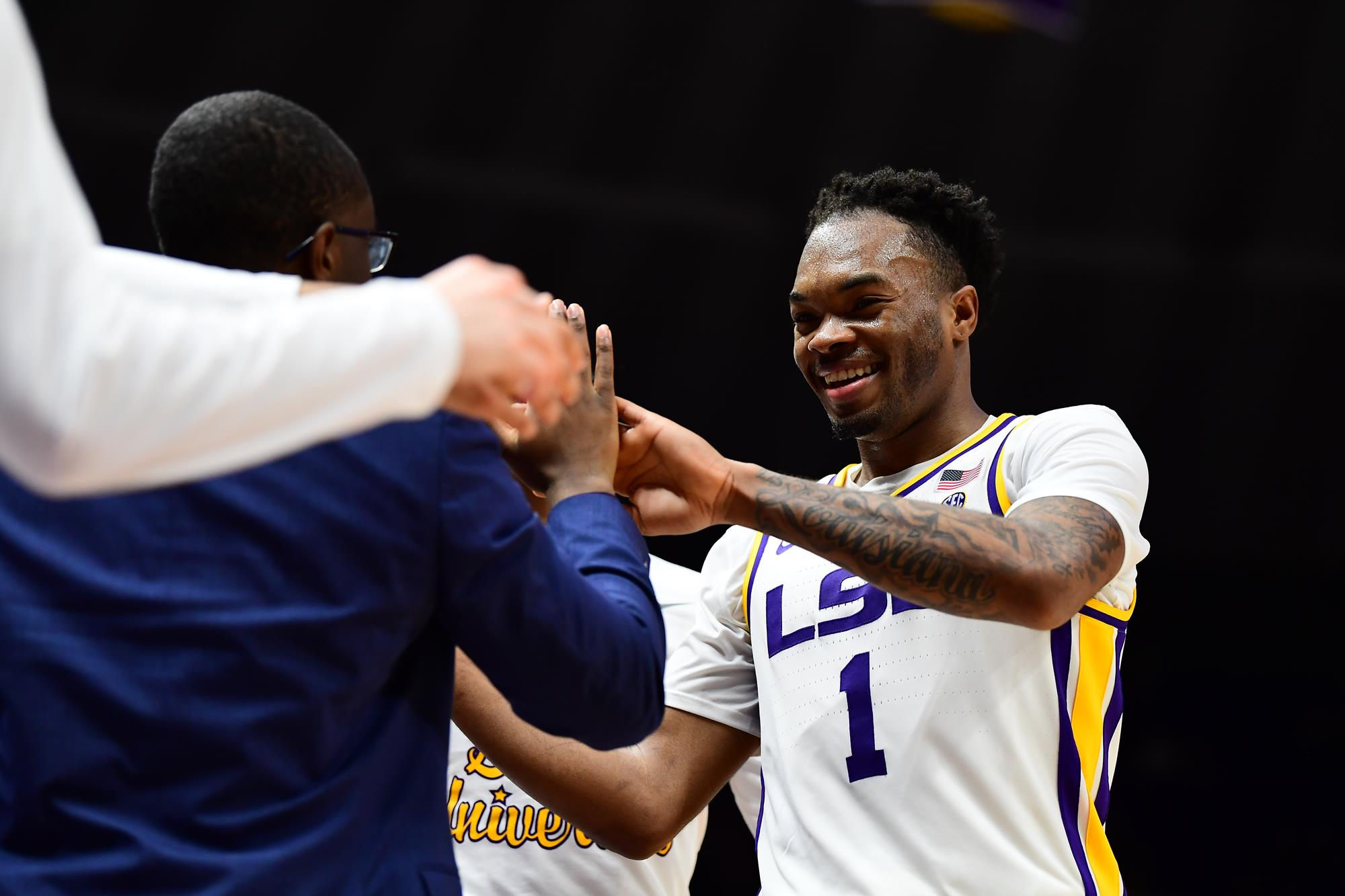 There are some, like Will Wade, who rise early and hit the ground running.

There are others, like Javonte Smart, who awake groggy and typically need time to get going.

Saturday morning, as the Tigers woke early to prepare for an 11 a.m tip-off with Ole Miss, Wade saw a Smart he’s not used to, so soon after sunrise.

But he had it going Saturday morning. pic.twitter.com/gjivtx9Dz1

“He was ready to go this morning,” Wade said after Smart scored 21 points to lead the Tigers past the Rebels, 73-63. “He was energetic, flying around, excited this morning. Guys who know him know he’s not he’s not the best morning person. He likes to get his sleep. So for him to get up at 7 am and be running around and going and going full speed like he was, that was a good sign that it was probably going be a pretty good day for him.”

Smart clearly woke up on the right side of the bed, starting fast and finishing faster to help LSU pick up its 10th straight win and its eighth straight to start conference play for the first time in 40 years.

The Baton Rouge native hit on 7-of-12 field goal attempts – all from inside the arc – and knocked down 7-of-9 free throws for his first 20-point game since the last time these two teams faced off, an 80-76 win for LSU in Oxford on Jan. 18.

Behind Smart’s eight points and 11 first half points from Trendon Watford – who finished with 13 points and 9 rebounds – the Tigers jumped out to a 24-point lead. But a poor finish to the first half and a poorer start to the second saw Ole Miss reel off a 16-0 run and cut the LSU advantage to just eight.

That’s when Smart woke up and took over, scoring 13 points and dishing out three assist in the final 20 minutes of the game. With Skylar Mays sidelined due to foul trouble, Smart rose to the occasion, playing all but a single minute of the second half and slashing his way to the rim time and time again, drawing a a game-high seven fouls on the day. In fact, he didn’t attempt a single three-pointer on the day – the only one he tried, the referees whistled him for a travel on LSU’s final possession of the first half.

When he turned to his coach, Wade’s shouted instructions were simple: “Attack the rim!”

“He was very, very aggressive,” Wade said. “Our team did a good job of giving him space to operate. When he’s able to get downhill and have space, we can have some success. I thought he did a great job of forcing the action and getting downhill. He drew a bunch of fouls, and then he was able to get going get going from the free throw line.”

On his smartest play, Smart caught Ole Miss napping. After the Rebels pulled within nine, Smart took the ball out of bounds underneath the LSU goal. With the Rebels in a zone and the nearest defender turned away from him, Smart threw it off the defender’s back to himself, laying in his own pass and drawing the foul. He’d sink the free throw and spark a 17-5 LSU run.

On his previous baseline out of bounds plays, Smart thought about doing the same thing, but the defender moved when Darius Days cut to the corner for the pass. Smart told him to stay still next time.

Says he tried to pull it off on the previous inbounds play. https://t.co/zjfISTAD0Z pic.twitter.com/QlnDCNN4QK

“On the play before I was trying to do it with Days,” Smart said. “He didn’t know what I was talking about, but the next play I told [him] to stay right here, because the big was going to go if he was going. I told him to stay right there, so I just threw it in and got the bucket.”

Smart said he pulled that play off a time or two in high school. Wade joked that he borrowed it from his point guard predecessor, Tremont Waters.

Either way, it was a smart play from a well-rested player. Smart woke up in attack mode and stayed that way for 40 minutes. His team remains atop the SEC, winners of 24 of their last 26 games in the conference.

At some point, the rest of the country will wake up and pay attention.

That would be the smart move, at least.

“We’re not done yet,” Smart said. “We’re just going to take it game by game. It’s on to Vanderbilt, and continue to win.”