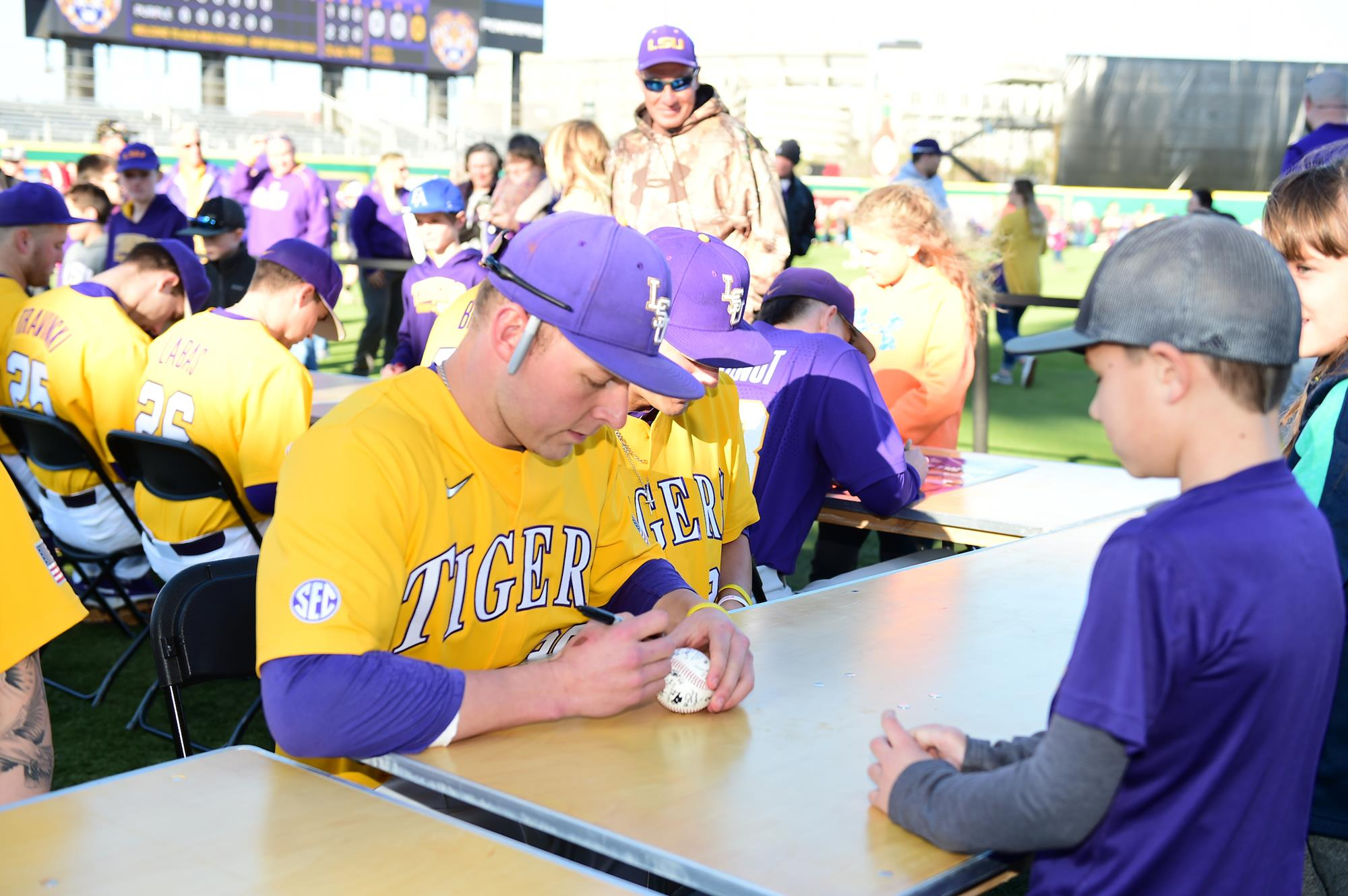 The Fan Fest, which featured a six-inning Purple-Gold scrimmage, an autograph session and a behind-the-scenes stadium tour, signified the start of the college baseball season.

The members of the Tigers’ 2020 team greeted fans to sign autographs and pose for photos, and the event featured remarks by coach Paul Mainieri, who is entering his 14th season at LSU.

“There is nowhere else in the country that could draw this kind of crowd for a preseason event, and that’s because of the incredible support we receives from our devoted fans,” Mainieri told the throng gathered in the grandstand. “Our players love LSU, and they love representing this university, and we can’t wait to start the season in less than two weeks.”

LSU opens the season at 7 p.m. on Friday, February 14, when the Tigers play host to Indiana in Alex Box Stadium, Skip Bertman Field.

Mainieri said the Tigers, who are ranked as high as No. 11 in the preseason polls, are focused upon the goal of reaching the College World Series in Omaha, Neb., for the 19th time in school history. He has directed the Tigers to 30 different championships since 2008, including the 2009 College World Series title. LSU has been an NCAA Tournament National Seed in nine of the past 12 seasons.

Mainieri said his team seeks to continue the momentum already generated this season by LSU’s national championship in football and its unblemished SEC record in men’s basketball.

“We’ve had an amazing football season, and our men’s basketball team is undefeated in the SEC , so I think it’s up to these guys to do something special as well,” Mainieri said, pointing toward his players.

“These young men are here to win championships, and it’s our obligation to uphold the storied tradition of the LSU program.”