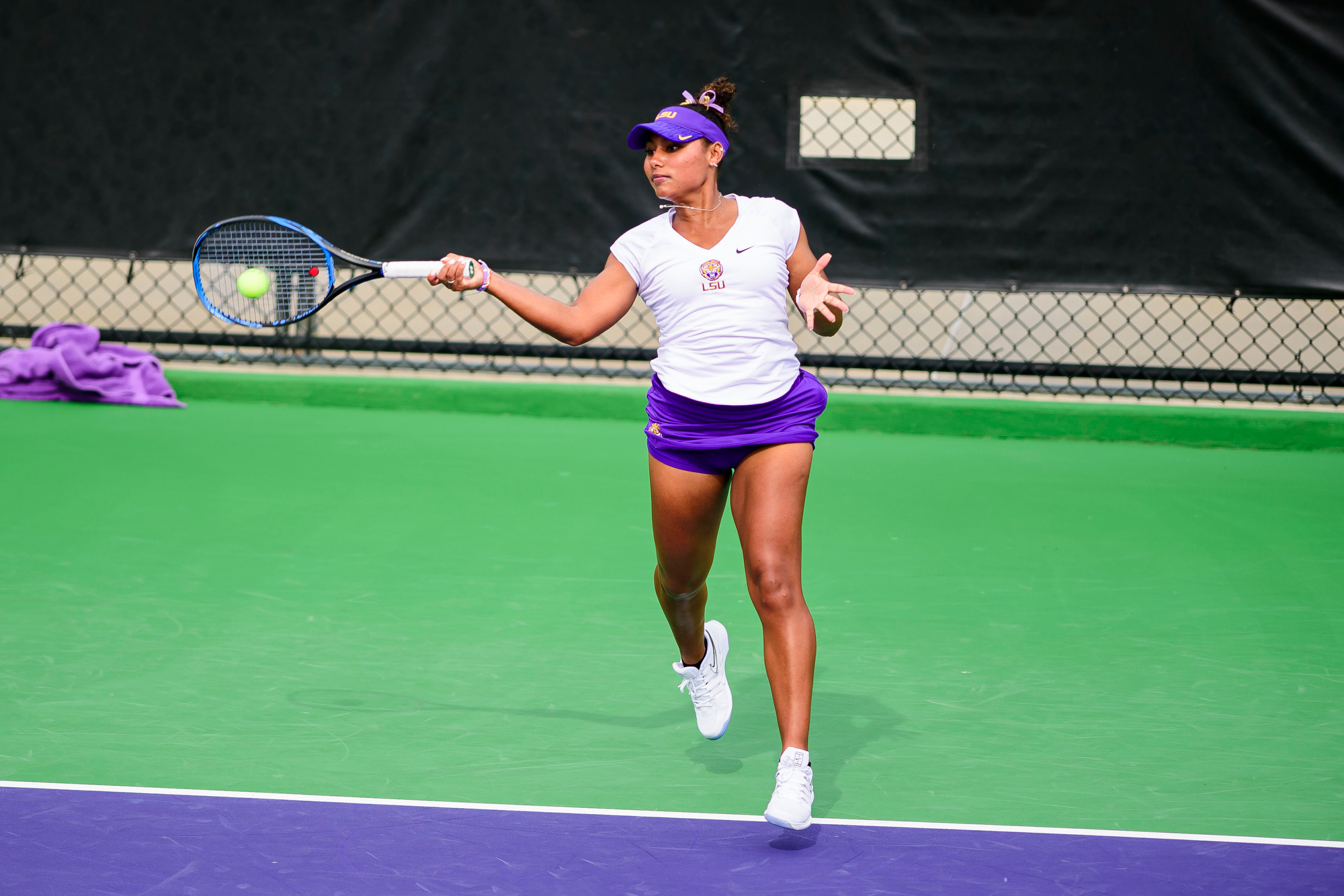 BATON ROUGE– The LSU women’s tennis earned an emphatic 6-1 win against the Tulane Green Wave on Friday, January 31, at the LSU Tennis Complex.

With the win, the Tigers move to 4-2 in the dual season.

“I thought the team bounced back from last night,” co-head coach Julia Sell said. “We challenged them today to do better and what we saw was a great response to that. This is a good Tulane that is much improved from last year. This is a really solid win for us and we’re happy with the turnaround from yesterday.”

Due to being short-handed a player, LSU took the No. 3 doubles court by walkover, giving the Tigers a lead in doubles play.

Senior Paris Corley and junior Taylor Bridges clinched the doubles point with an emphatic 6-0 sweep at the No. 2, defeating Adelaide Lavery and Lahari Yelamanchili.

Due to being short-handed a player, LSU took the No. 6 singles court by walkover to give LSU a 2-0 lead to start singles play.

No. 62-ranked Freshman Safiya Carrington was the first player off the court in singles after a strong 6-0, 6-0 sweep against Yelamanchili at the No. 2.

Corley clinched the match for the Tigers at the No. 4 after she defeated Lauren Gish in straight sets 6-3, 6-1.

Freshman Nina Geissler extended the lead to 5-0 with a straight set win at the No. 5, edging Christina Sisti 7-5 in the first set before dominating the second set and winning 6-1.

Junior Eden Richardson LSU’s final point of the night with a win over Lavery at the No. 3. Lavery took the first set 6-2 before Richardson came back to win the second set 6-3 and force the decisive ten-point tiebreaker. Richardson held Lavery off to take the tiebreaker 10-7 and get the win.

At the No. 1, Tulane earned their lone point of the night when No. 42 Taylor Bridges fell to Mackenzie Clark. Clark won the first set 6-2 before Bridges responded by taking the second set 6-4 and forcing a ten-point tiebreaker. Bridges’ rally came up short in the tiebreaker, as Clark was able to win 11-9 and give Bridges her first defeat of the dual season.

The Tigers return to action at the LSU Tennis Complex on Saturday, February 15 when they take on the SMU Mustangs at noon CT.