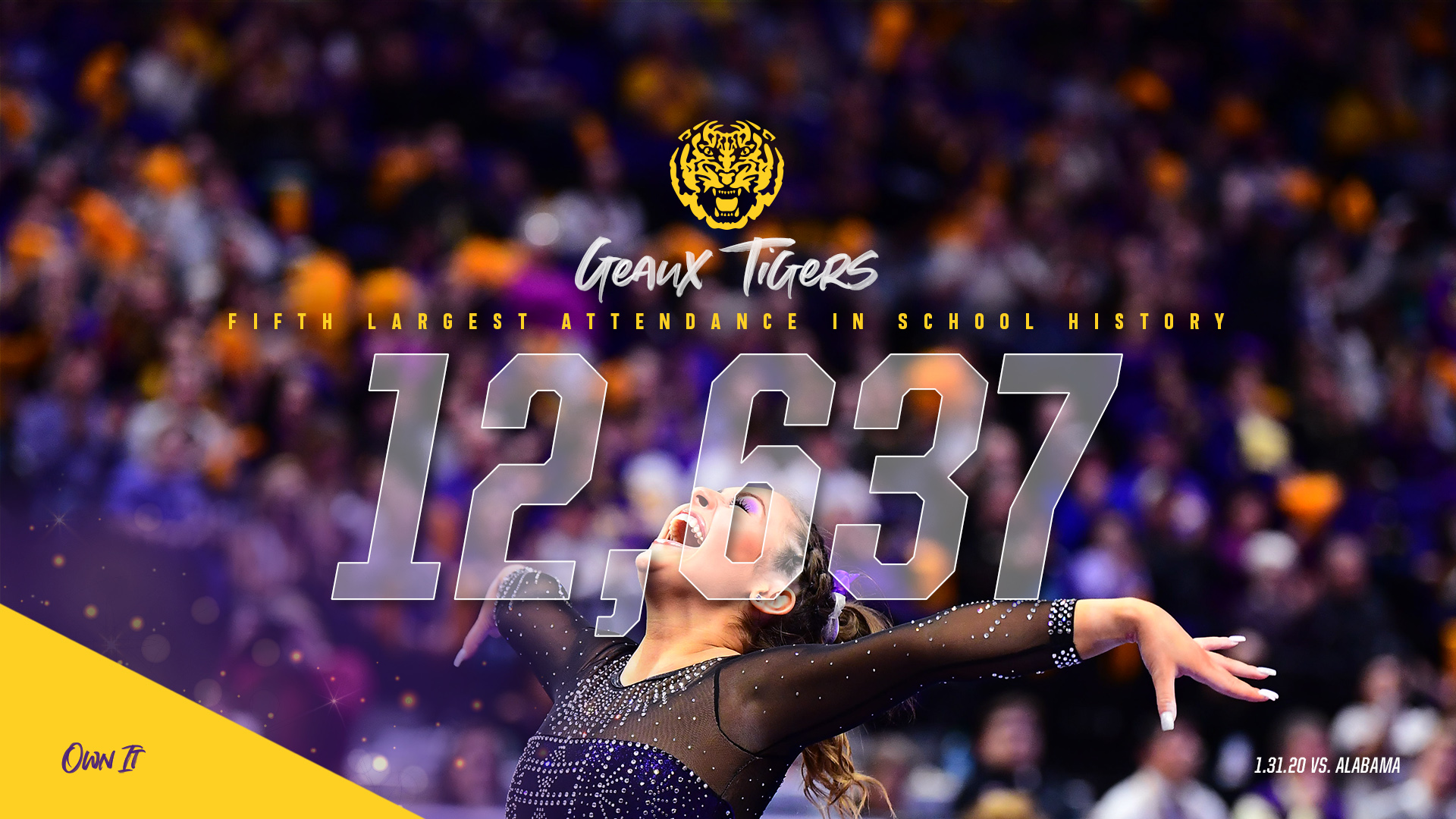 Freshman Kiya Johnson claimed another all-around title with a score of 39.600. Johnson also secured the vault and floor titles to push her career total to 12.

“We were in a hole to start but fought back tonight,” co-head coach D-D Breaux said. “I am pleased with the amount of fight tonight. We were consistent and really had a great beam lineup tonight. This team gets how to fight in a competition.”

Johnson Claims Another Vault Title
Johnson scored a career high 9.95 on her double twisting Yurchenko. in the fifth spot. In the opening spot of the lineup, freshman Kai Rivers scored a 9.80. Freshman Lexie Nibbs with her second vault of the season scored a 9.775. In her first appearance as a Tiger, sophomore Rebecca D’Antonio scored a 9.65 in the anchor spot.

Ruby Claims First Bars Title of the Season
Johnson, in the first spot for the Tigers’ bars lineup, scored a 9.875 for a new career high. Juniors Sami Durante and Bridget Dean earned scores of 9.875 and 9.775 respectively. Rivers scored a 9.80 and fellow freshman Alyona Shchennikova scored a career high 9.80 in the fifth spot. Harrold anchored the lineup with a 9.90 to earn the bars title.

Beam Holds Steady in Third Rotation
Junior Christina Desiderio led off for the Tigers and scored a 9.825 for a season high. Dean went 9.825 in the second spot and Durante followed with a 9.85. Edney made her first appearance of the night and earned a 9.875 and junior Reagan Campbell anchored the lineup with a 9.875.

Johnson Wins Floor Title
Johnson made the raucous PMAC fans rise to their feet with a 9.975 to match her career high. Harrold led off with a 9.85 and Louisiana native Olivia Gunter scored a 9.80. Campbell earned a 9.825 in the fourth spot. Edney and Dean earned scores of 9.725.

Next Up
The Tigers will travel to Oregon State for a tri meet including Arizona State in Gill Coliseum. The three teams will face off on Saturday at 1:30 p.m. CT. The meet will be televised live on the OSU website.