Pointer Scores 24 In Win at Florida 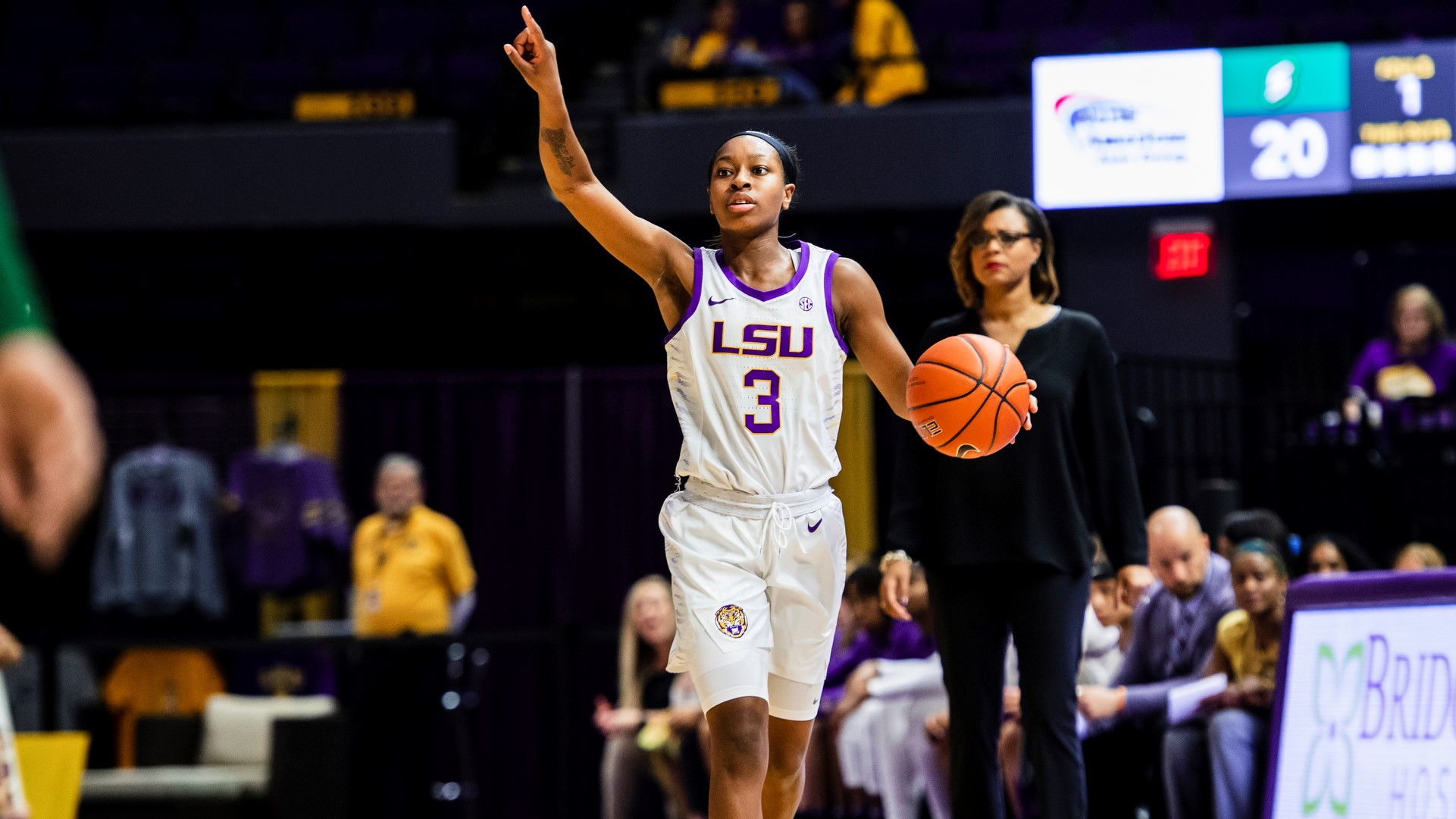 Junior Khayla Pointer showed out for the Tigers as she had 24 points, five rebounds and four assists. She was helped by senior Jaelyn Richard-Harris, who had 14 points, three rebounds and two steals. LSU was 8-10 from behind the arc, with Richard-Harris hitting 4-4. Juniors Awa Trasi and Jailin Cherry also hit double-digits in points with 10 each. Redshirt junior Faustine Aifuwa made a stand against the boards, with 11 rebounds while the team won the battle of the boards, 35-28.

LSU will be back at home to face Texas A&M on Sunday, February 2 in the PMAC. The game will be at 2 p.m. and air on the SEC Network.

“One thing about Khayla Pointer is she looked at everyone in the locker room and said that she was going to pick it up tonight since Ayana (Mitchell) was a little under the weather. That is what is so special about this group is that they care about each other, love each other, and they want to protect each other. One of our main philosophies for our team is protect the family and I thought we did that.”

On the team clicking offensively leading to a big win…

“Our ability to knock down threes was huge. I don’t know where that came from but we’ll take it. We haven’t put a lot of emphasis on the three-ball and I think we were taking them in the stride of the game tonight. We don’t believe that is what we are going to live or die by and I feel like that is why we are shooting better from the outside because we are not putting pressure on ourselves to knock down threes.”

On all the parts of the game coming together…

“Florida is a really good basketball team. They have a lot of weapons and players that can do a lot of things. I just felt like from a defensive standpoint, we broke down in some areas but we made plays when we needed to. When you look at our team and our guard play, I really felt like they carried us tonight. If we can put it all together, have our guards do what they are supposed to do as far as knocking down shots and our post players making shots and playing tough defense, then we can be that team that puts up almost 80 points a game. We just have to be disciplined in our actions and stay focused on both ends of the floor.”