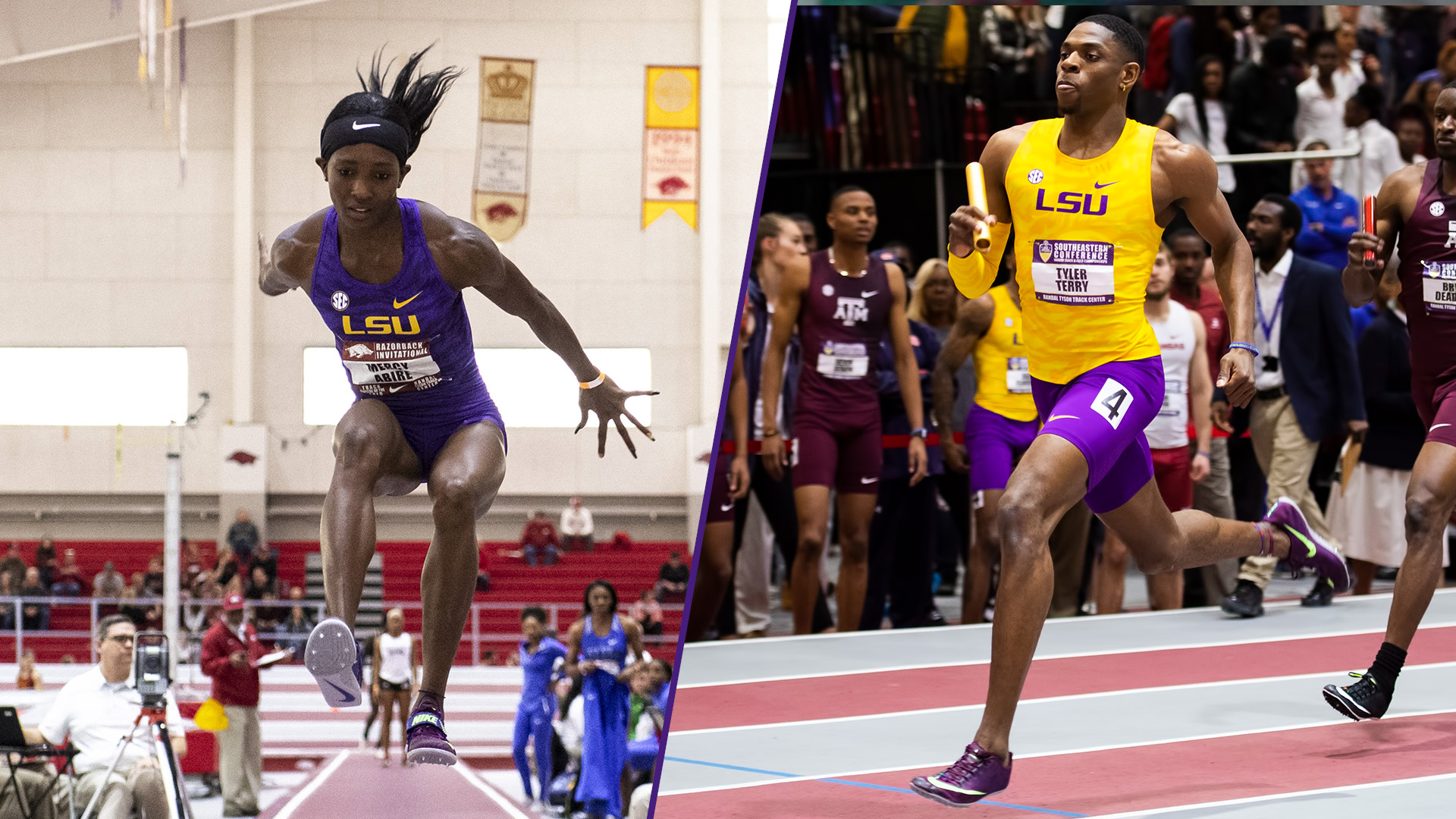 Baton Rouge, La. – The LSU track and field program will compete at the Razorback Invitational this Friday and Saturday at the Randal Tyson Track Center in Fayetteville, Arkansas. It will be LSU’s third-straight competition on the road. Both days of action will be streamed on WatchESPN.

The Razorback Invitational will be loaded with Power Five schools in attendance. LSU will be joined by conference foes Arkansas, Auburn, Florida, Georgia, and Missouri while non-SEC schools such as Kansas State, Kent State, Oklahoma, Oklahoma State, Oregon, Purdue, Stanford, and Texas will be competing as well. On the women’s side ranked teams include: No. 2 Georgia, No. 3 Arkansas, No. 4 Texas, No. 6 LSU, No. 11 Florida, and No. 17 Oregon. Ranked men’s teams in attendance will be No. 2 LSU, No. 4 Texas, No. 7 Florida, No. 15 Arkansas, No. 17 Oregon, and No. 24 Missouri.

Forty-four athletes (24 women & 20 men) will suit up for the Tigers on the first trip of the season to Fayetteville. The Tigers will return to Fayetteville for the Tyson Invitational (Feb. 14-15). The meet will be streamed on WatchESPN Friday evening and Saturday afternoon. The coverage will begin Friday night at 6 p.m. CT and Saturday’s coverage will commence at 1 p.m. CT. Links provided above.

The first regular season U.S. Track & Field and Cross Country Coaches Association rankings were released on Tuesday. The men held steady in the No. 2 spot from their preseason ranking. The women’s squad with a number of solid performances improved their positioning from No. 16 to No. 6. LSU is one of five schools in the country to boast a top-10 ranked women’s and men’s squad.

Three weeks into the 2020 season and the LSU track and field squad has 12 athletes with NCAA Top 10 marks. Three of those top-10 marks were registered last weekend at the MLK Jr. Invitational in Albuquerque, N.M. Abby O’Donoghue cleared a personal best of 6′ 0.75″ (1.85 meters) in the high jump to claim gold and notch the second-highest clearance in the country. Terrance Laird made his LSU debut with a time of 20.70 in the 200 meters. The time of 20.70 converts to a 20.77 because it was ran at altitude; the converted time of 20.77 is No. 3 in the NCAA. The final NCAA mark from last weekend came from junior jumper JuVaughn Harrison. He leaped out to a season best of 25′ 3.25″ (7.70 meters) in the long jump to check in at the No. 9 spot nationally. The other top-10 national marks/times by LSU athletes are listed below:

Ten LSU athletes have either improved upon or made their way into the LSU top-10 lists this season. Four of those marks occurred last weekend at the MLK Jr. Invitational. Laird ran the aforementioned time of 20.70 in his LSU debut to slot himself as the ninth-fastest 200-meter dasher in LSU indoor history. In the high jump, O’Donoghue’s personal best clearance of 6′ 0.75″ moved her into the fourth slot on the LSU list from her previous spot (No. 5), and then freshman Nyagoa Bayak’s season best mark of 5′ 10″ (1.78 meters) helped her cracked the top 10 in the ninth spot. Thrower Amber Hart registered a personal best in the shot put for the third straight meet to begin her LSU career and her throw of 47′ 1.75″ (14.37 meters) nudged her into the top 10 at the No. 10 spot for the shot put. The other top-10 LSU marks from the 2020 season are listed below:

JuVaughn Harrison was one of 10 men named to The Bowerman preseason watch list on Jan. 7. Harrison enters his junior season for LSU as a two-time national champion, two-time SEC champion and three-time All-American after his first two seasons of competition in Baton Rouge. The long and lanky, multi-talented jumper became the first man in NCAA history to sweep the high jump and long jump national titles in NCAA history last June.